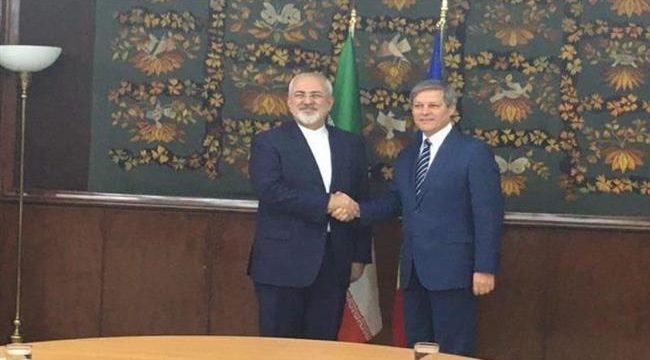 Romanian PM calls for expansion of all-out ties with Iran

Cioloș made the remarks in a meeting with visiting Iranian Foreign Minister Mohammad-Javad Zarif.

Current regional developments in Syria, tackling terrorism and extremism, the ways for expansion of mutual cooperation and implementing the bilateral agreements were also discussed during the meeting.

Collaborating in areas such as transportation, energy, refinery industry in particular, agriculture, nanotechnology and biotechnology, tourism and banking cooperation are among the other issues discussed during the meeting.

Zarif arrived in Bucharest on Tuesday on the first leg of his three-nation tour to the Eastern Europe.

While in Bucharest, Zarif held talks with his Romanian counterpart as well as the country’s president and president of the Chamber of Deputies.

Zarif arrived in the Romanian capital from Beirut, Lebanon where he held separate talks with senior officials of the country on the issues of mutual interests.

He started his visit on Monday (Nov 7) heading a high-ranking economic and political delegation.