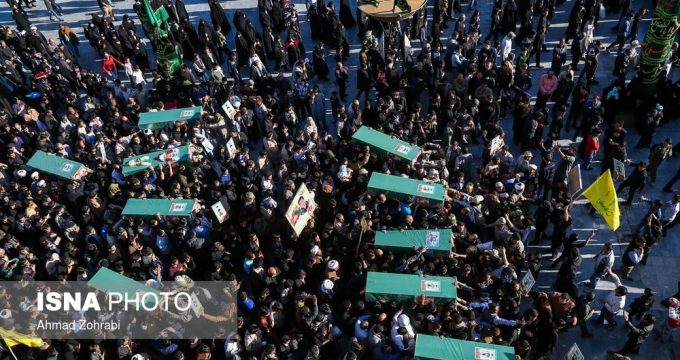 AP- Iran’s official IRNA news agency is reporting that a funeral ceremony has been held for 10 soldiers who were killed in Syria.

The Thursday report said the families and relatives of the deceased soldiers, as well as authorities and local citizens, attended the funeral in holy city of Qom, some 80 miles (130 kilometers) south of the capital Tehran.

It called the soldiers “defenders of shrine,” but did not identify them or provide additional details on their deaths.

In August, Iran said that the families of at least 400 fighters killed fighting in Iranian brigades in Syria had been referred to the Martyr Foundation to receive financial support.