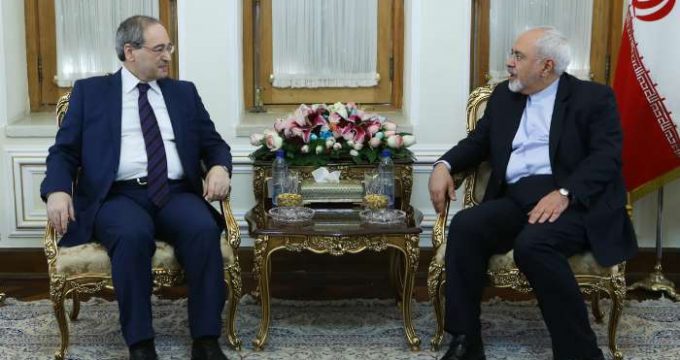 Iran’s Hassan Rouhani has received Togolese foreign minister to discuss bilateral ties as well as developments in ME.

Iran’s Velayati decries advocates of Syria talks with US

Ali Akbar Velayati, a senior adviser to Leader of the Islamic Revolution Ayatollah Seyed Ali Khamenei, criticized supporters of negotiations with the US on the regional issues, the Syrian crisis in particular, saying they are unaware of the US hostile nature or pretend to be so.

US presidents all alike, Iran expects no change: Senior official

A senior Iranian official says the Islamic Republic expects to see no change in the behavior of the United States toward Iran with the comings and goings of different American presidents.

President Hassan Rouhani called on the new head of Iran’s Cultural Heritage, Handicrafts and Tourism Organization (ICHHTO) to push for creating more jobs by taking the ample opportunities in rural communities and the tourism and handicraft industries.

Iran has reached a deal with a foreign leasing company to finance the first 17 jets it plans to buy from Airbus, breaking a logjam in efforts to import aircraft following the lifting of sanctions, people familiar with the move said.

Iran will sign a deal with France’s Total Tuesday for the development of gas production at a major offshore field in the Gulf, the Iranian oil ministry said.

Next US administration bound by JCPOA: Iran

Iran has warned that upcoming changes in the United States administration must not affect Washington’s commitment to a 2015 nuclear deal with Iran.