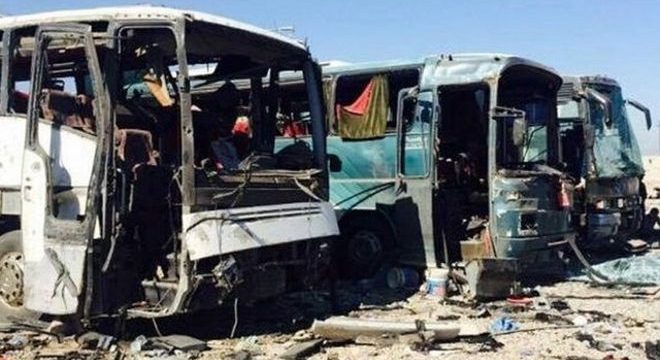 IRNA– One more Iranian victim of Samara Sunday blast has succumbed to his injuries and the number of Iranian pilgrims killed in the terrorist attack has risen to eight, said an official.

The official added that necessary preparations have already been made to transfer the bodies of the incident’s martyrs to Iran.

Spokesman for the headquarters in charge of Arbaeen ceremonies Hamidreza Goudarzi told IRNA on Monday that Iran has dispatched two medical charter flights to Iraq to transfer the bodies of martyrs and provide medical services to those pilgrims who sustained wounds from the blast incident.

According to the official, a suicide bomb went off in a public car parking in Samara on Sunday, killing and wounding a number of pilgrims including eight Iranians.

Two suicide bombers blew up themselves near buses of the Iranian pilgrims in a parking lot in Samarra.

The Iranian pilgrims had come from different parts of Iran, including Sistan- Baluchestan and Isfahan provinces, the official said.

A team of Iran’s Embassy in Baghdad was present at the site of the incident immediately to follow up the issue and help transport the Iranian wounded.

Foreign Ministry spokesman Bahram Qasemi on Sunday said that the Ministry and Iran’s Embassy in Baghdad are firmly following up the case of the Iranian pilgrims who were wounded in Samara terrorist attacks.

Qasemi strongly condemned the horrible terrorist attacks stressing that Iran’s Embassy to Iraq had probed into the bloody incident and found out that those Iranians martyred or injured in the terrorist attack in Samarra were pilgrims from Iran’s ‘provinces of Isfahan, Sistan-Balouchestan and Hormuzgan.’

Expressing sympathy with the bereaved families of the martyrs and the injured, Qasemi said that necessary arrangements were made to transport the injured who are in critical conditions to hospitals in the city of Kazemein by three helicopters while the remaining injured Iranian pilgrims were transported by ambulances to Kazemein.