Tasnim– Sweden’s Ambassador to Tehran Helena Sångeland described promotion of business ties with Iran as the foremost target of her term in the Islamic Republic, saying she is also tasked with boosting political interaction.

In an exclusive interview with the Tasnim News Agency, Ms. Sångeland gave a detailed explanation of her plans as head of the Swedish mission in Iran, providing the latest information on the status of bilateral trade and the enthusiasms of the Scandinavian country’s companies for investment in Iran.

What follows is the full text of her interview with Tasnim:

Tasnim: How do you assess the current level of mutual contacts and cooperation between Tehran and Stockholm?

Helena Sångeland: Sweden and Iran have long-standing and well-established relations which has laid a solid foundation for enhanced cooperation. Today our relations go beyond the official, commercial and cultural. The close people-to-people link between our countries is an important asset. More than 100,000 of people living in Sweden are of Iranian origin and they contribute to both business ties and links between academia and culture. For example, young, well-educated and talented second generation Swedish-Iranians are successful at making headway in all spheres of Swedish society.

This year has seen an unprecedented number of visits in both directions; Foreign Minister Zarif visited Sweden in June and IT Minister Vaezi visited his Swedish counterpart in September. Minister for Enterprise and Innovation Mikael Damberg led a delegation to Iran late 2015 as did our Energy Minister Ibrahim Baylan in April 2016.

When Foreign Minister Dr. Zarif visited Stockholm in June 2016, he signed, together with Swedish Minister for Foreign Affairs Margot Wallström, a joint statement where the two ministers agreed to establish regular political consultations to discuss bilateral, regional and international issues that are of interest to both our countries. 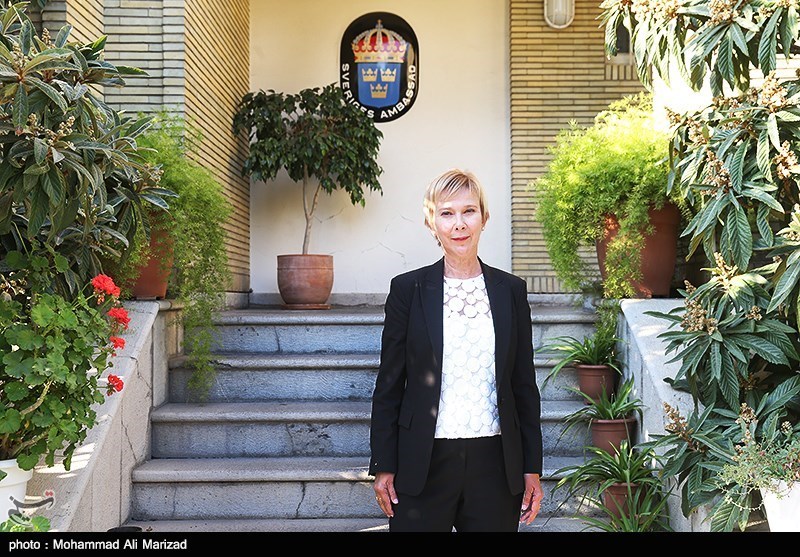 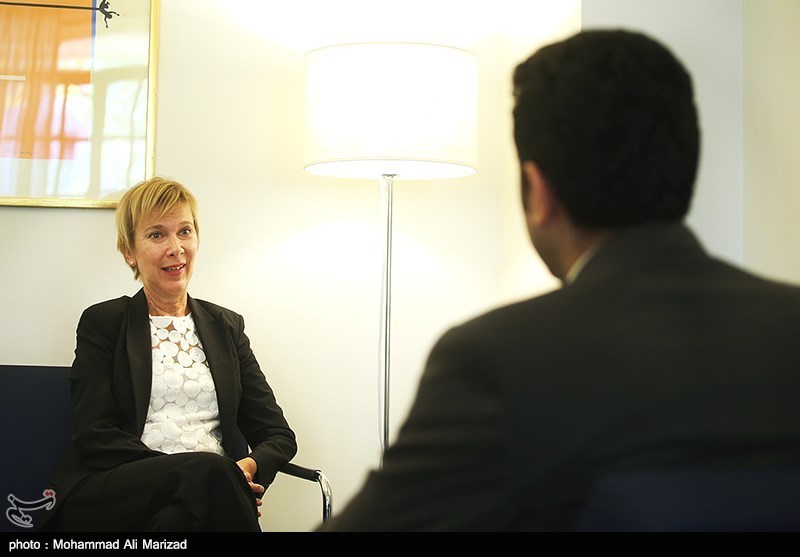 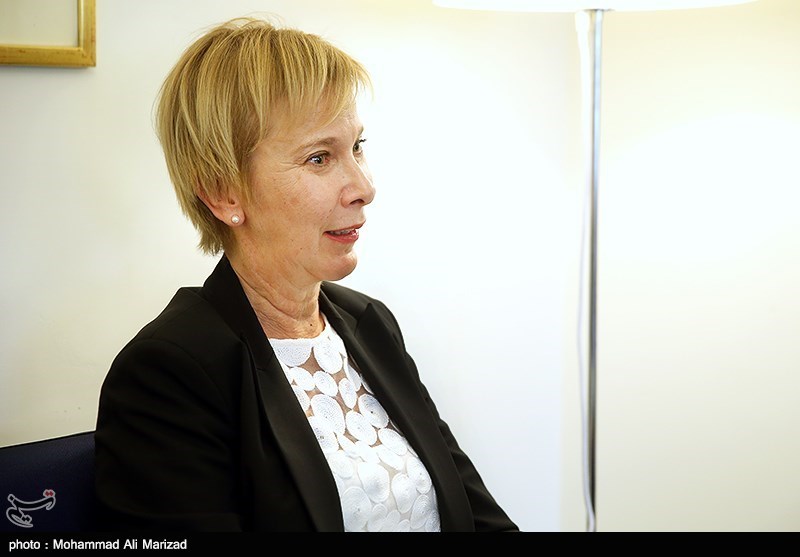 Tasnim: What areas of interests, are designated as high priority during your mission in Tehran?

Helena Sångeland: As I told President Rouhani when I presented my letter of credence, I am tasked by my government to promote political dialogue and to boost mutually beneficial cooperation on trade and commerce, culture, education, research and sustainable economic development. Given the strong interest by Swedish companies to do business with Iran, this will be at the forefront of my mission. Closer links also make it imperative to have efficient handling of visas and various permits. We are looking at various ways of facilitating movement between our countries and people-to-people contacts. This is also essential for business representatives who travel frequently between our two countries.

The recent election of Sweden into the United Nations Security Council during the coming two years was a vote of confidence for our foreign policy of solidarity and global commitment, but also a call for a UNSC that addresses challenges to international peace and security in a comprehensive, inclusive and transparent manner. With this in mind, we attach much importance to continuing discussion and dialogue with Iran. The Swedish state secretary for foreign affairs, in other words our deputy minister for foreign affairs, will be visiting Tehran next week for political consultations. Sweden is committed to conflict prevention and peace-building.  We have always been a strong supporter of the UN system.

Sweden is also one of the world’s major humanitarian donors, and is meeting humanitarian needs also in the Middle East region. Our foreign policy rests firmly on international law, respect for human rights and gender equality. My government puts emphasis on the necessity of including women in peace processes, in order for peace to be sustainable.

Both Iran and Sweden host many refugees. Iran is hosting one of the world’s largest refugee populations and Sweden is one of the major destinations of refugees and asylum seekers in Europe. The need for solidarity with the world’s refugees and with nations that receive them is more evident than ever. Sweden actively works for increased commitments and responsibility-sharing by UN Member States to respond to large-scale migration and refugee situations. For example, through increased humanitarian financing, and more resettlement places. 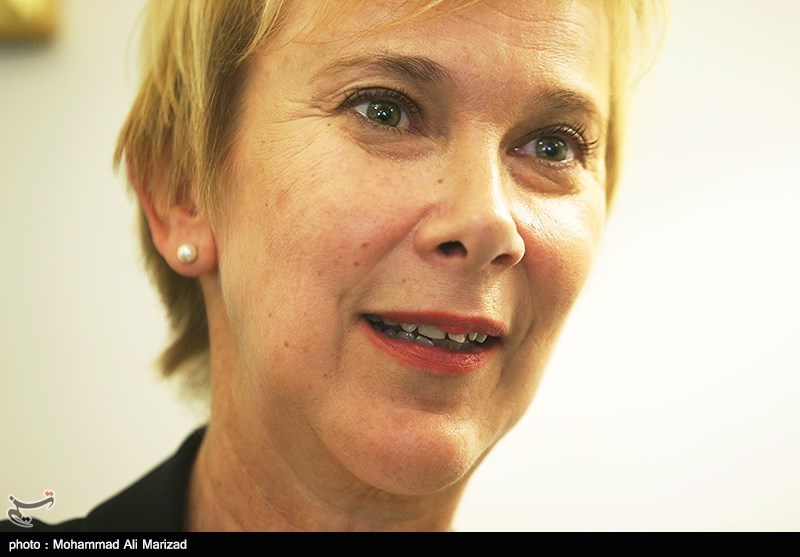 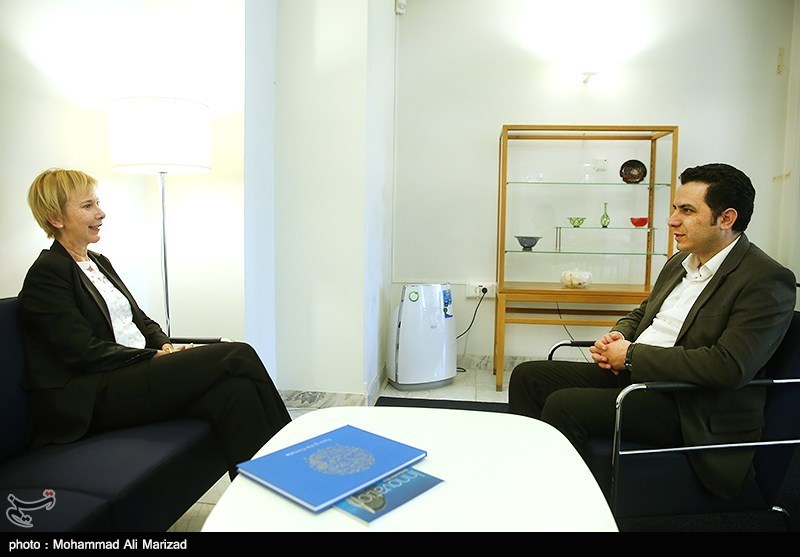 Tasnim: Beyond political realm, do Swedish businesses have a concrete plan for working with their Iranian counterparts and investing in Iran?

Helena Sångeland: We see more and more Swedish companies looking at either expanding their existing business or entering the Iranian market for the first time. This is true for the largest Swedish companies but also for small and medium size enterprises. Swedish companies have been successful in some very demanding markets and this makes them well equipped for also succeeding in Iran. There is also local support in Iran available for Swedish companies through the Embassy and also Business Sweden, the Swedish Trade and Invest Council, now present in Iran

Tasnim: In which sectors specifically, might Swedish corporations have competitive advantages that could be interesting and helpful for Iran?

Helena Sångeland: One advantage that is distinctly Swedish is that Swedish companies typically enter the Iranian market together with Iranian counterparts, boosting local competence and contributing to the Iranian economy with local investment e.g. local production, joint ventures that include knowledge transfer and exchange of ideas. Ericsson, Scania and Volvo are successful examples of Swedish companies that are doing this today from well-established positions inside Iran.

Swedish companies are known to engage long term in their export markets and it is this long term commitment that Iran needs today.

Sectors that are driven by high-tech content and environmentally sound, sustainable solutions are sectors where Sweden traditionally excels. These sectors could be ICT, health care, transport and infrastructure and the power and energy sector. In fact, for every Iranian industry sector, we see a number of Swedish companies that can make a positive contribution.

Competitive advantages are not all about the technical specifications or the commercial conditions of a business proposal. Sweden has always represented quality and reliability and Swedish business partners have a well-deserved reputation of being trustworthy. Dr. Zarif noted during his visit to Sweden in June that Sweden and Iran both share the belief that any agreements should be based on trust and a long-term commitment.

Tasnim: How much is the trade volume between Sweden and Iran? Will it increase in future?

Helena Sångeland: The value of Swedish export so far in 2016 is around 125 MEURO. We see great potential in the future of Swedish-Iranian trade and there is no reason why trade between Sweden and Iran should not reach and even exceed pre-sanction levels. There is strong interest from the Swedish business community to offer what is needed on the Iranian side.

Business Sweden, the Swedish Trade and Invest Council, has estimated Swedish export to Iran to grow significantly in five to ten years. Naturally, this depends on the banking and financing sector as well, but we see very promising signs here as well. There is also a consensus in the Swedish political community that Iran should become a very important business partner in years to come.

Tasnim: Is there any procedural and institutionalized financial transactions between Swedish banking institutions and Iranian counterparts?

Helena Sångeland: Yes, we have seen several transactions this year. So far, all transactions and financing operations are carried out on a case-by-case basis with a lot of time and effort going into each step of the process. The Swedish government takes this seriously and maintains close dialogue with Swedish financial institutions and relevant American authorities in order to resolve remaining issues.

The Swedish commitment to business in Iran was made clear only days after Implementation Day, the 16th of January this year when the Swedish Export Credits Guarantee Board, EKN, once again opened guarantees for Iran. EKN also travelled to Iran to hold their board meeting in Tehran. This sent a strong message to both the Iranian financial institutions and the Swedish business community. Today EKN is actively supporting Swedish business and is one of the few international credit agencies that has not put a cap on their guarantees for Iran. In their 2016 Half Year Financial Report, EKN states that some of their highest value proposals of 2016 were for Iran.

Moreover, Business Sweden gathered Iranian and Swedish banks in Sweden this summer to exchange ideas and experiences and to establish a common ground for further cooperation. Swedish commercial banks are now increasing their activities and formal engagements in Iran on an individual basis. We expect to see further results of this work soon. 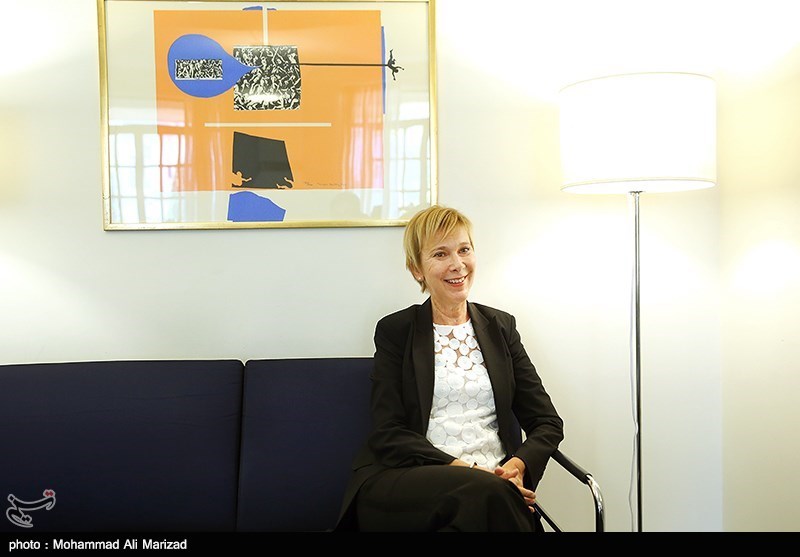 Tasnim: How much has Iran’s nuclear deal facilitated and can facilitate any future cooperation between Iran and Sweden in different fields?

Helena Sångeland: The JCPOA is an agreement of tremendous importance which has opened up a new chapter in the relations with Iran. Before the sanctions, Iran used to be Sweden’s biggest trading partner in the region. With most of the sanctions removed there is now potential for improved economic and trade relations between Sweden and Iran and we hope that Iran will become a WTO-member to facilitate trade further. The agreement has also created renewed Swedish interest in Iran, not just as a market, but as a fascinating country with its progress and own set of challenges, its history and culture.

Tasnim: As regards the problems that Iranian civil flights have for refueling at the Swedish airports, because of British Petroleum’s refusal to offer services, what is your government’s decision?

Helena Sångeland: The Swedish Government has contacts with top levels at BP, which has promised to push the issue.

Tasnim: How many Iranians travel to Sweden per year and vice versa? Is there any potential for improvement in tourism section? How is the situation in the post-nuclear deal era?

Helena Sångeland: In 2015, more than 10,000 Iranians were granted visas to travel to Sweden. So far in 2016, more than 11,000 Iranians have been granted visas for the same purpose so the numbers are on the rise. The most common reason for travelling to Sweden is to visit family and friends given the large population in Sweden with Iranian background. I am sure that these visitors also enjoy our beautiful country as tourists while they are there. Numbers of granted business visas are also rising in 2016 compared to 2015.

In addition to these numbers, so far in 2016, almost 300 Iranians have been granted residence permits to study or do their post doc in Sweden.  About 900 Iranians have moved to Sweden to live with a family member or to work there.

Iranian culture and history interests Sweden and there is an upsurge in travel features about Iran and its many interesting destinations; this bodes well for increased Swedish tourism.

Helena Sångeland: I mentioned next week’s visit by our State Secretary for Foreign Affairs Annika Söder and we will also have a ministerial visit to Tehran in December, including a business delegation. The beginning of next year will see a high level visit with emphasis on strengthening commercial ties. We also look forward to welcoming Iranian delegations in various fields to Sweden.