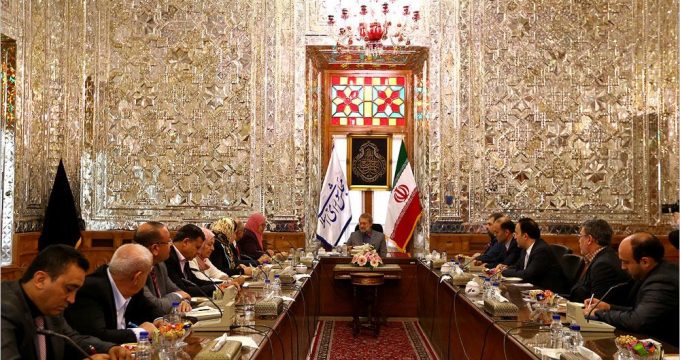 Iranian Parliament Speaker Ali Larijani said that the US and Israel are sowing discord among the Muslim groups and countries by sponsoring terrorists and extremists in the region.

10 Iranian pilgrims killed in a suicide attack in Iraq: agency

Ten Iranian pilgrims were killed in a suicide attack in Iraq’s holy city of Samarra, about 125 km (80 miles) north of Baghdad on Sunday, the Iranian news agency ISNA quoted an Iranian official as saying.

Head of the Center for Strategic Studies affiliated to the Expediency Council Ali Akbar Velayati said on Saturday that the terrorists and extremists are instruments at the US and the Zionists hands.

Iran calls on Turkey to distance itself from Saudi stances

Iran’s First VP Es’hagh Jahangiri said Iran wants Turkey not to take the same position towards Baghdad and Tehran as Riyadh has; “we have always distinguished between policies of Ankara and Riyadh.”

The AEOI spokesman Behrouz Kamalvandi said it will take a long time before Iran can become a member to the multi-national nuclear fusion megaproject known as ITER.

Iran is working on regulations to attract investment in renewable energy, according to Elham Aminzadeh, adviser to President Hassan Rouhani, as the nation considers solar, wind and hydro power as ways to diversify from regular crude-based fuel.