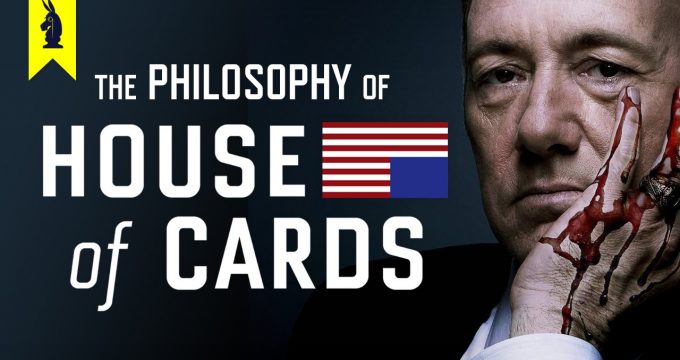 Iranians get lessons in U.S. politics from Trump, Clinton and ‘House of Cards’

Bloomberg|Golnar Motevalli: Viewers of Iranian state television have been given an unprecedented taste of the seamier side of U.S. politics, both real and imagined, leaving many in a country where governance is more opaque wondering about the choice facing Americans in November.

Over the last fortnight, the Namayesh channel has shown the first series of “House of Cards,” the early episodes of the fictional Frank Underwood’s ruthless rise to the White House. A little over a day after Saturday’s final program, the main state TV news network IRINN carried the first ever live broadcast in the Islamic Republic of a U.S. presidential debate — between Hillary Clinton and Donald Trump. 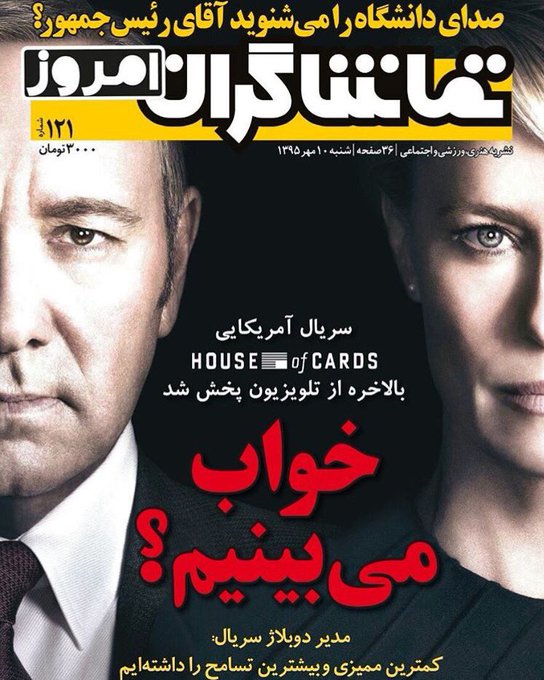 Campaign Peak
The decision to do so was taken by Islamic Republic of Iran Broadcasting, a media corporation that’s dominated by hardline conservatives opposed to western influence and which controls domestic television and radio services. Coming as Clinton and Trump reach a campaign peak, it has been seen as an attempt to put before Iranians a Washington that’s riddled with corruption and crawling with career-minded politicians. 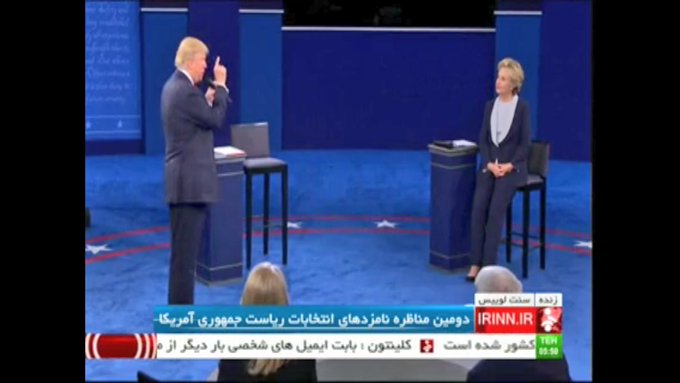 Unprecedented! Iran state TV is live streaming this most historic US Presidential #debate

The broadcaster is probably trying to “draw viewers to those aspects of the show that highlight the artificial nature of U.S. society,” said Mehrdad, a 34-year old teacher from Tehran who declined to give his surname because of the sensitivities of speaking to foreign media.

Sony Corp., which handles international distribution for “House of Cards,” declined to comment. The company doesn’t do licensing deals in Iran because of international trade restrictions, so it’s likely that broadcasters there are using a pirated copy of the show, said a person familiar with the matter who asked not to be identified discussing private information.

It’s not the first time Iranian broadcast authorities have chosen to show films or TV series produced in the West, and Namayesh is also currently showing the 1990s U.S. drama “Early Edition” and a BBC dramatization of the first woman to win a Nobel Prize, physicist Marie Curie. But with the U.S. deep in an election fight characterized by smear and now lewd allegations of sexual misconduct, the impact has been bigger this time.

Like media worldwide, Trump in particular is big news in Iran. Since the emergence of the 2005 video in which he boasted about using his celebrity status to assault women, newspapers have been dominated by photos and caricatures of the Republican candidate.

“Is this the end of the populist?” the moderate-leaning Jahan-e Eqtesad daily asked in a headline emblazoned across a photo of a finger-wagging Trump.

With their own presidential election just seven months away, and the 2015 nuclear deal which ended sanctions on Iran’s economy continually under attack from domestic critics of incumbent Hassan Rouhani, most Iranians interviewed in Tehran saw Clinton as the lesser evil.

“I was watching that blond man on TV, on the news —- and he says the most violent, awful things,” said 60-year-old taxi driver Shahrullah, who also declined to give his family name.

“I don’t want Trump to win because he seems crazy and he doesn’t really seem to know anything about Iran,” said Mehrdad, the House of Cards fan.

Neither candidate fighting to succeed Barack Obama is likely to roll-back the nuclear accord, said Saeed Laylaz, an economist and former adviser to reformist President Mohammad Khatami. But a victory for Trump and his brand of reactionary politics could weaken those close to Rouhani working to lower tensions.

“If hardliners and radicals in the U.S. are in power, then its effect on Iran could mean that hardliners will also gain here politically,” Laylaz said.

Rouhani won the top elected office in Iran in 2013 after pledging to end sanctions and improve living standards. The nation’s ultimate arbiter — Supreme Leader Ayatollah Ali Khamenei — has supported his diplomatic engagement while seeking to balance the interests of hardliners. Ayatollah Khamenei regularly expresses his suspicions over American intentions in the Middle East. The two countries haven’t had diplomatic ties since shortly after the Islamic Revolution in 1979.

Others, including Saeed Mohammadi, a 27-year-old post-graduate student taught by Izadi at Tehran university, see little change in the relationship no matter who’s in power in Washington.

“There’s an erroneous view in our media that Democrats are better for Iran than the Republicans,” Mohammadi said. “But the divisions between Iran and the U.S. are so deep that there won’t be a fundamental difference between the two parties.”

As for the importance of this week’s programming, “‘House of Cards’ is Hollywood, it’s fiction,” said Izadi, the academic and broadcast authority adviser. “But we’re not talking about fiction when we talk about Trump and Clinton, it’s reality and it’s a sad reality.”