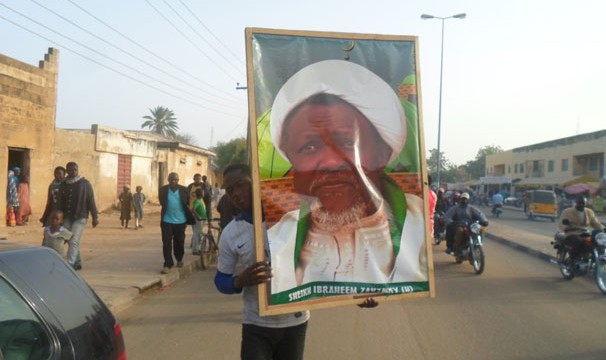 Abdul Giwa, a spokesman for the Islamic Movement of Nigeria (IMN), said he believes authorities have launched a campaign of blood and destruction against Shias under the influence of the Wahhabi ideology.

“We feel repressed,” said the IMN spokesman. “We have the freedom of religion. What the government should do is tolerate and understand us,” he told Reuters on Friday.

The IMN stands accused of holding “unlawful processions” and “obstruction of public highways” since last December when the army launched a crackdown against the group.

Many IMN members say the police and army were behind the bloodshed that marred the Ashura processions. “The police escorted the thugs,” said Giwa, adding he believed authorities were being influenced by Wahhabism.

“We feel they are the ones who might have influenced the government into this action,” he said.

“Young men armed with machetes came looking for IMN people that day, burning houses and chasing away those who hadn’t already run away. They came to kill,” he said.

“Those they caught were badly beaten,” he said, adding that dozens of men chased away outnumbered police officers.

Tensions have been running high since the army killed 347 IMN members in the city of Zaria. They were buried in mass graves after clashes in December 2015, according to a judicial inquiry.

Since then Shia leader Sheikh Ibrahim Zakzaky has been imprisoned at an unknown location without being charged. His followers have daubed “Free Zakzaky” on walls in Kaduna.

Blackened walls and piles of rubble are all that is left of Zakzaky’s house after it was burned down by machete-wielding thugs.

The crisis began after Nigerian forces attacked Shias during a ceremony at a religious center in the northern city of Zaria.

The military claims that the mourners had blocked an army convoy passing through and were attempting to assassinate the army chief of staff who was in the convoy.