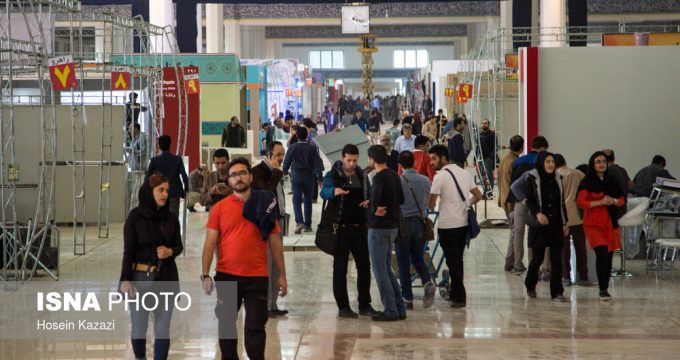 IRNA – The 22nd International Press Exhibit kicked off in the Iranian capital on Friday.

Formal inauguration ceremony of the international press exhibit will be held tomorrow in presence of President Hassan Rouhani.

Minister of Culture and the Islamic Guidance Reza Salehi Amiri and several other cultural officials, press activists and journalists will attend the inaugural ceremony on Saturday.

Products of some 900 Iranian and foreign press institutes and the mass media will be presented in some 620 pavilions at Tehran’s Imam Khomeini Grand Musalla.

In the meantime, four photo exhibitions will held on the sidelines of the international press exhibit including Iran-South Korea joint photo exhibition organized by Islamic Republic News Agency (IRNA).