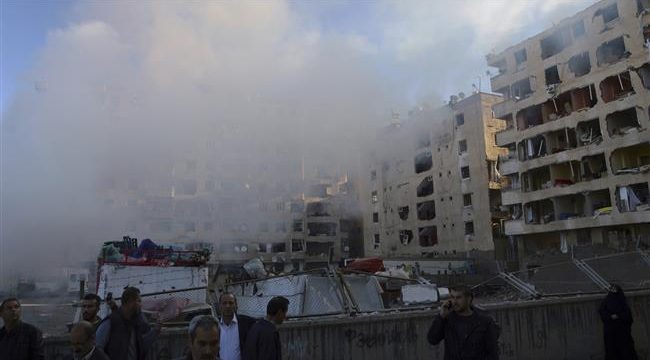 Press TV- At least one person has been killed after a blast hit the center of Turkey’s southeastern city of Diyarbakir, which has witnessed tensions between Ankara’s forces and Kurdish militants.

Turkish media reported that ambulances were dispatched to the site of the blast, which also wounded 30 people, in the city’s Baglar district on Friday morning.

The blast took place near a police station, where pro-Kurdish lawmakers arrested hours earlier were taken, said a security source on condition of anonymity.

In a statement following the incident, the office of Diyarbakir’s provincial governor said the explosion was caused by a car bomb, adding that militants of the Kurdistan Workers’ Party (PKK) are believed to have been behind the attack.

In the early hours of the day, Turkish security forces detained two co-leaders of the Peoples’ Democratic Party (HDP) along with nine other lawmakers from the second-biggest opposition bloc in parliament.

Selahattin Demirtas was arrest at his home in Diyarbakir and Figen Yuksekdag at her residence in the capital, Ankara, as “part of an ongoing counter-terrorism investigation.”

Following the overnights arrests of the opposition figures, reports emerged of restrictions on nationwide access to online social media and messaging services, including WhatsApp.

Tensions have been running high in Turkey’s Kurdish-dominated southeast since a ceasefire declared by the PKK collapsed in 2015 in the wake of Ankara’s military operations against the Kurdish group’s positions both inside the country as well as northern Iraq.

In response to the military raids, PKK militants have stepped up their attacks against Turkish security forces over the past 18 months.

This is while Turkey has so been under a state of emergency since the failed military coup against the government in mid-July. Ankara has launched a heavy-handed against those suspected of having links with the coup plotters.

Critics say the Turkish government is using the abortive coup as a pretext to suppress the opposition.