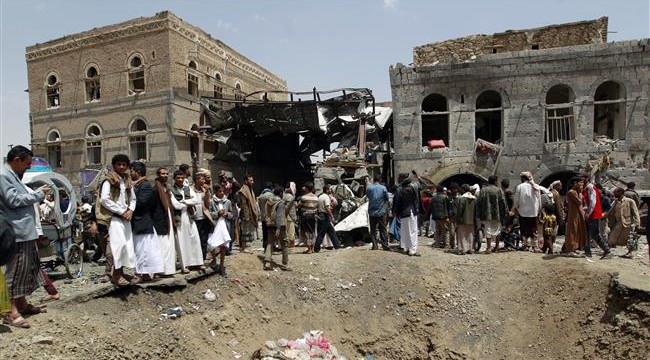 Alwaght-The United Nations has once again awarded the Saudi for its crimes by appointing it to the UN Human Rights Council and in return Riyadh has pledged to foot the body’s annual budget.

The Saudi regime was successfully re-elected to UNHRC, despite its deplorable domestic and international human rights record. Saudi Arabia was elected along with 14 other members in the 47-nation council during a secret balloting process on Friday at the 193-member UN General Assembly. Russia, however, failed to win a seat on the council. This is the first time, since the UN Human Rights Council (UNHRC) was established in 2006, that Russia has lost an election to the organization.  It will be Riyadh’s third term in the UN rights body despite mounting criticism from international human rights groups.

Writing for Global Research, Adam Garrie noted that, putting Saudi Arabia in charge of anything remotely related to human rights is a bit like putting a serial arsonist in charge of a metropolitan fire brigade. ‘It’s clear that the Saudis bought votes from the regional block which re-elected the Kingdom to the Council’, the writer noted.

In June this year, Human Rights Watch (HRW) and Amnesty International demanded that the UN immediately suspends Saudi Arabia’s membership on its rights council due to its appalling rights record.

“Saudi Arabia has amassed an appalling record of violations in Yemen while a Human Rights Council member, and has damaged the body’s credibility by its bullying tactics to avoid accountability,” said Philippe Bolopion, deputy director for global advocacy at HRW.

Raza Kazim, spokesperson for Islamic Human Rights Commission (IHRC) has told RT that the Western powers intend to control the UNHRC agenda. He adds that the term ‘human rights’ within the western governments’ context is being used to make sure that their agenda is put forward and that any kind of body that is representative of human rights is going to go down a particular route.

Now doubt the UNHRC has become a political body whose approach has nothing to do with human rights since it is a toll used Western powers to pressurize countries that have independent policies. The Saudi regime has been elected on the top global human rights body just weeks after its warplanes killed nearly 150 people and wounded more than 500, including children attending a funeral ceremony in the Yemeni capital, Sana’a. Human Rights Watch identified the munition used as a US-manufactured air-dropped GBU-12 Paveway II 500-pound laser-guided bomb. “A Saudi Arabia-led coalition airstrike on a crowded funeral ceremony in Yemen’s capital, Sanaa, on October 8, 2016, is an apparent war crime,” Human Rights Watch said, calling the strike “unlawfully disproportionate.” This is just a small segment of Saudi war crimes in Yemen since it launched an illegal attack on the country in March 2015. According to UN report released on August, over 10,000 people, mostly civilians including women and children have been killed since the aggression started while millions of others continue to suffer

Such impunity will certainly impact negatively on the credibility of this leading UN agency and masses in the world have now realized that UN Human Rights Council is unconcerned about the expectations on nation but rather is only interested in protecting the interests of powerful and rich oppressive regimes and governments.

The Saudi Arabian monarchy, that UNICEF and Human Rights Watch have blamed it for committing war crimes in Yemen including leaving one million children hungry, has now occupied one of the most imports international human rights bodies. The clear message here is that, the voices of the oppressed nations will not be heard at such an important human rights body on the word and if the voice ever reaches there, it will be muzzled.

In the long-term, the membership of repressive and oppressive regimes such as Saudi Arabia, will negatively impact on the status of the UN Human Rights Council which will make it impotent and ineffective in the global arena.

No doubt, the Saudi Regime is using this UN body to cover up its crimes and atrocities which will for now henceforth have a UN seal.