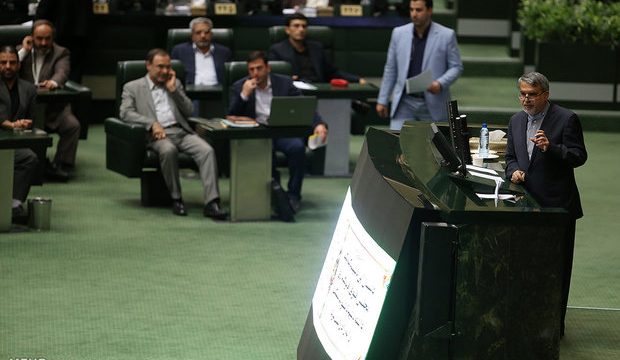 TEHRAN, Nov. 01 (MNA) – President Rouhani’s nomination for Ministry of Culture has faced flimsy criticism by the opponents as well as tepid statements by his proponents.

Seyed Ehsan Ghazizadeh Hashemi of Sarakhs constituency lamented the forlorn nature of the culture which he believed had been abandoned since long; “culture has been an issue and a means of partisan rivalry, where un-cultural figures would assume key positions; Mr. Reza Salehi Amiri’s plan is not in a condition to rectify the disorganization infesting the culture of this country; your hands are too empty to achieve anything,” he said.

He pointed to problems the art society faced with in a more blanket expression, since problems he cited had been faced by different generations of authors and directors; “in any confrontation between the state magistrates and the arts society, would you stand with the artists, or else, you occupy a more firmer ground of supporting the side of the state?” he asked.

A Reformist representative addressed the parliament with speeches for Rouhani’s nomination. Mohammad Reza Tabesh of Ardakan constituency mainly relied on Mr. Salehi Amiri’s record of service in the intelligence machinery. He refuted the authenticity of a famous letter by some of political elites of the Reformist camp sent to Minister of Intelligence (Heidar Moslehi of Ahmadinejad’s cabinet). The letter provided the hardliners to attack Mr. Salehi Amiri, notably Mojtaba Zonnour who had accused Mr. Salehi Amiri of complicity with the seditionists and promoters of unrest post- 2009 presidential elections.

Hassan Nowrouzi of Ribat Karim constituency spoke against Salehi Amiri for ministry; his criticism touched a major theme reiterated by the high-ranking authorities in the Establishment, that is, cultural invasion; “what plans would you have to counter this? The issue of Al-Aqsa Mosque has reportedly been removed from school textbooks; this is an example of cultural infilteration and your ministry should address this and other phenomenal movements within the ministry by illicit hands; almost every medium poses challenges to anyone assuming the position; cinema, TV and radio, mosques and the ubiquitous software programs and games; houses of culture have become places for political activity and election campaign; privatization of cultural institutions also is a looming threat which should be addressed,” Nowrouzi emphasized.