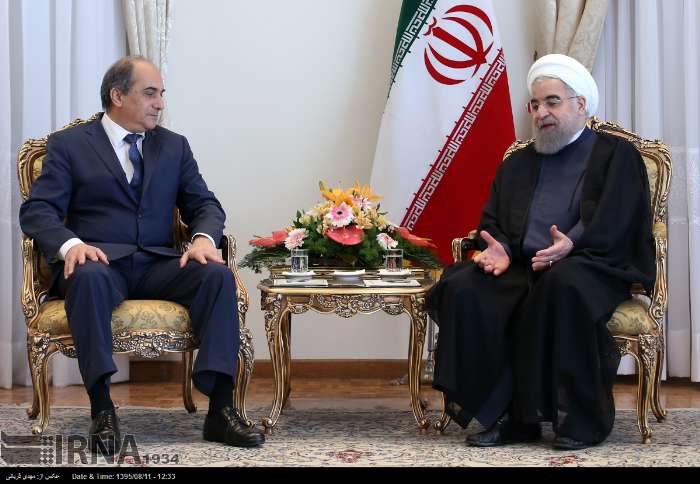 President Rouhani said that the Islamic Republic of Iran enjoys extensive capacities and capabilities for economic cooperation and that expansion of cooperation and relations between Iran and Cyprus would serve to boost ties of the Middle East with the European and African states.

President Rouhani said that in light of Iranian cultural, historical and natural attractions and the Cypriot tourist sites, the two countries would develop cooperation on tourism.

The president called for enhanced parliamentary cooperation and people-to-people contacts between Iran and Cyprus to develop friendship and cultural exchanges.

Considering good and positive background in mutual relations, the President said that there is no obstacle in the way of bolstering relations and cooperation.

He said that to achieve a bright future and prosperity in regional countries there is no way except for restoration of peace and sustainable security.

President Rouhani said that collective resolve of all states is needed to help restore the international peace and security.

It is so regrettable that millions of innocent human beings in countries of the region including Iraq, Syria, Yemen and Libya are displaced and are suffering from dire situation under numerous difficulties.

Demetris Syllouris said that expansion of ties and economic, trade and cultural cooperation between Iran and Cyprus serves to develop stability and security in the region and that Cyprus is willing to firmly promote cooperation and relations with Iran.

He described Iran as a big, civilized and historical country, calling for expansion of cultural cooperation and facilitation of trade relations and cooperation of private sectors of both countries.

Syllouris called for diplomatic settlement of the regional disputes, saying that military approach will create new problems in the region, so a political and logical solution might be the real way to end conflicts in the region.

Demetris Syllouris arrived in Tehran on Sunday at invitation of Majlis (parliament) Speaker Ali Larijani and has met with several senior officials in Tehran.