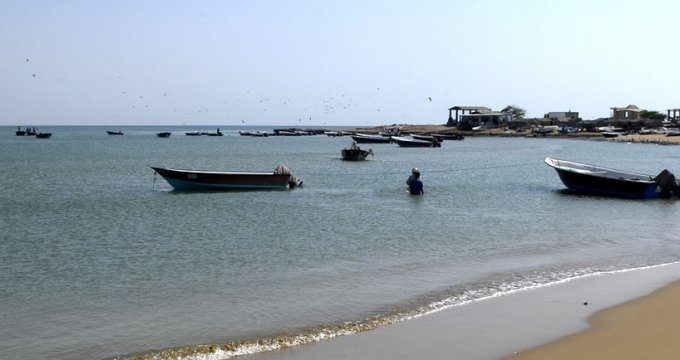 Feasibility studies have begun on four projects to develop Sistan-Baluchestan Province’s marine tourism, according to the provincial tourism chief.

Provincial officials underline that tourism is key to boosting the local economy and say the region’s potential for marine tourism has been neglected for too long. Sistan borders the Sea of Oman to the south.

Speaking to Mana, Kambiz Moshtaq Gohari, the head of the provincial office of Iran’s Cultural Heritage, Handicrafts and Tourism Organization, said the plan is to build four resorts on the Makran coastal strip on the shores of Chabahar, Kenarak, Derak and Bandar Ramin.

“The study includes location scouting to find the most suitable place to execute our plans,” he said.

“The government welcomes private investment and provides potential financers with attractive loan schemes,” he said, adding that the resorts will be ready in three years.

Out of the loop for far too long, Iran has ceded its potential place in marine tourism to small Persian Gulf states that have seized the opportunity and made significant strides to gain a foothold in this niche sector.

Despite covering most of the northern coasts of the Persian Gulf (not to mention a fair portion of the Sea of Oman), Iran has only just started to tap into its potential for marine tourism, hoping to claim a stake in the lucrative marine tourism sector.

It was reported last week that ICHHTO has drafted an agreement to be signed by five ministries and the heads of 12 related organizations to rally full-scale support from government officials to develop marine tourism.

While several plans have been put forward for tourism development of Caspian Sea in the north, experts believe that the potential of southern seas, namely the Persian Gulf and the Sea of Oman, has been overlooked.

Chabahar, arguably the most famous of the four coastal regions earmarked for their tourism potential, has received a lot of attention by tourism authorities of late. A cruise line has been launched between Chabahar and the Omani capital of Muscat, with the first ship expected to dock at the free port on November 9.

The port city is home to a plethora of natural and historical structures, making its development for tourism purposes all the more appropriate.

It also boasts the Hara Jungle—a mangrove forest—replete with diverse species of seabirds such as flamingos and herons.

Stretching parallel to Makran Coast, from Kachoo Village up to the proximity of Gwadar Bay, are the mesmerizing Martian Mounts, a type of badlands. These mounds are regarded as symbols of Chabahar’s unique geomorphology.

The historical port village of Tis is about 9 km north of Chabahar. The village used to be the commercial center for sugar and wheat back in the 4th century of Islamic calendar and has been mentioned numerous times in the works of historians during the first century.