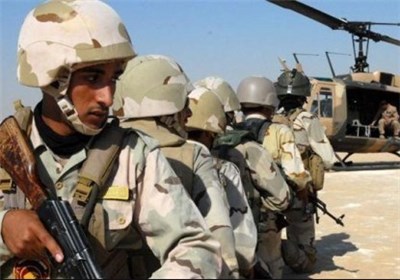 While speaking to reporters at a reception marking the country’s Republic Day in Ankara on Saturday, Erdogan said that Turkey “would not look favorably” if the Hashd al-Shaabi entered the ethnic Turkmen town of Tal Afar, located close to Mosul.

He went on to vow “a different response” if the Popular Mobilization Units entered the town, which was overran by Daesh in 2014 and has become a key base for linking Takfiri terrorists in Syria’s Raqqah and Mosul.

Meanwhile, they have liberated ten villages located around Mosul; however, they have announced that they will not be entering the city itself.

The operation is part of a large-scale offensive which the Iraqi army, volunteer Shia and Sunni fighters, and Kurdish forces recently launched to retake Mosul.

There are reports that about 50,000 Iraqi ground troops are involved in the Mosul offensive, including 30,000 army troops, 10,000 Kurdish Peshmerga fighters and the remaining 10,000 from police and Popular Mobilization Units.

Iraqi forces have so far liberated nearly 80 towns and villages ever since they began the decisive battle on October 17.