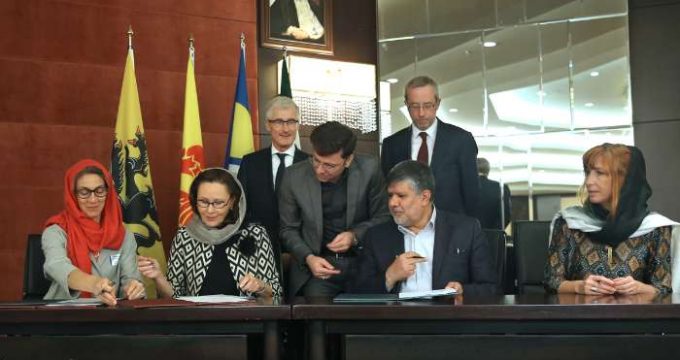 October 30, The Iran Project – Belgium’s Flemish Minister-President Geert Bourgeois has announced that the country is setting up a commercial office in Iran, adding we are going to promote economic relations between the three regions of Belgium and the Islamic Republic of Iran.

At the signing ceremony, Geert Bourgeois stressed that Belgians are reliable partner for Iran, and said they have already signed many agreements around the world and are now ready to sign the agreements with Iran.

Iran has been an important trade partner for our country in the region, but during the sanctions-era, Iran-Belgium relations were cut and now we are seeking to rebuild our partnership, the premier of the Flemish region pointed out.

It is worth mentioning that Iran’s Trade Promotion Organization (TPO) and the Agency for Export Development and Investment of the provinces of Flanders, Wallonia and Brussels signed a Memorandum of Understanding (MoU) in 9 fields on Saturday.

In March this year, the Iranian shipping company IRISL returned to Belgium’s Antwerp port with the first container ship since sanctions were lifted.

Until 2010, Antwerp was the most important European destination port for Iranian cargo, before sanctions were applied.