The trilateral Syria talks between Iran, Russia, and Syria in the Russian capital of Moscow was the top story in all Iranian newspapers today.

The ongoing battle in Mosul to retake the ISIS-held city also remained a top story today.

3- Countdown for Beginning of Final Stage of Mosul Operation 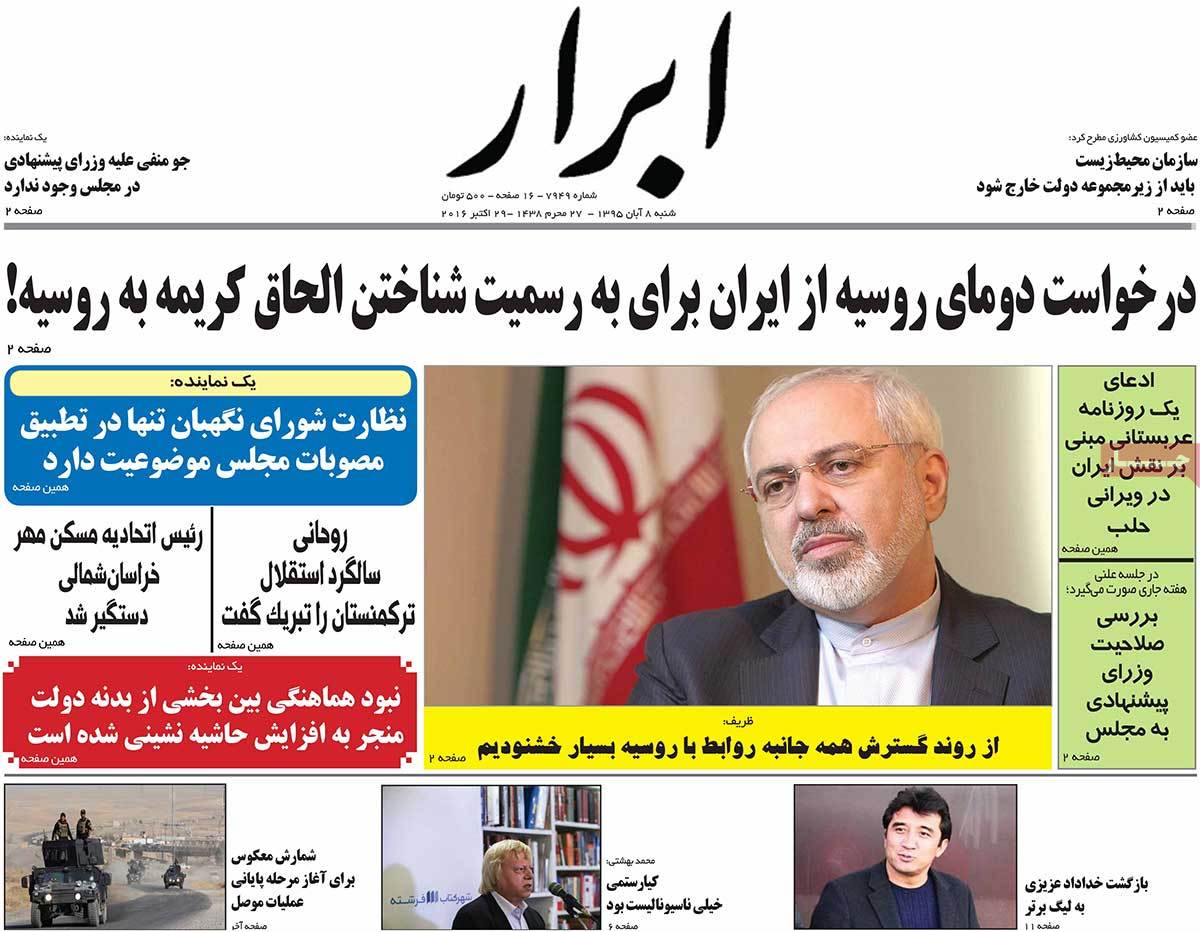 1- 65% of Iran’s Budget Is in Hands of State-Run Companies! Iranian Governments Had Been Weak in Implementation of Privatization Law

3- Promotion of Cooperation between Major Banks of Iran and Spain: Ambassador to Madrid

5- Government to Ratify a Comprehensive Bill on Supporting Working Women 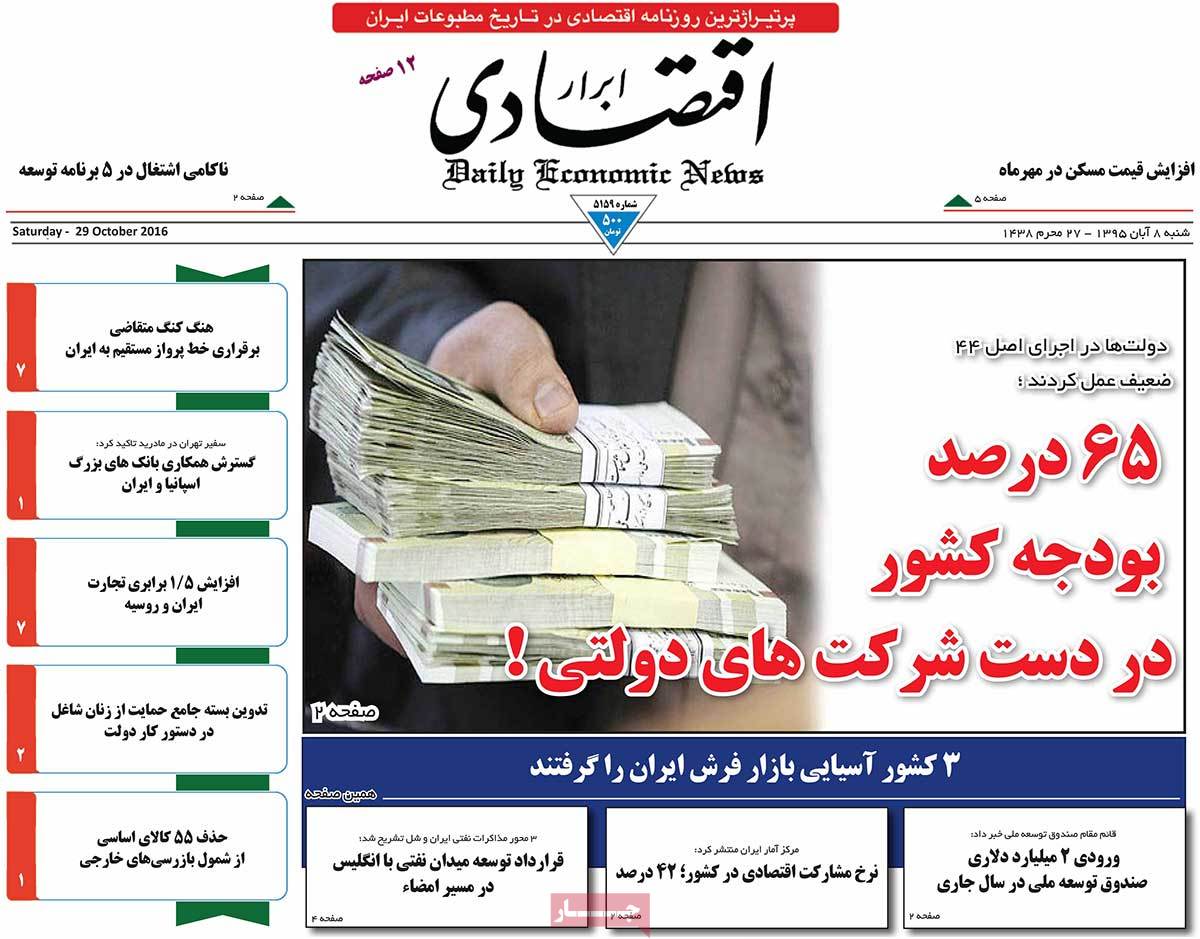 4- Senior Cleric Ayatollah Emami Kashani: Both US Presidential Candidates Are Pieces of Crap

5- Sexual Justice Is Islamic, Not Feministic

6- Advisor Criticizes the Unprecedented Insults and Accusations against President Rouhani 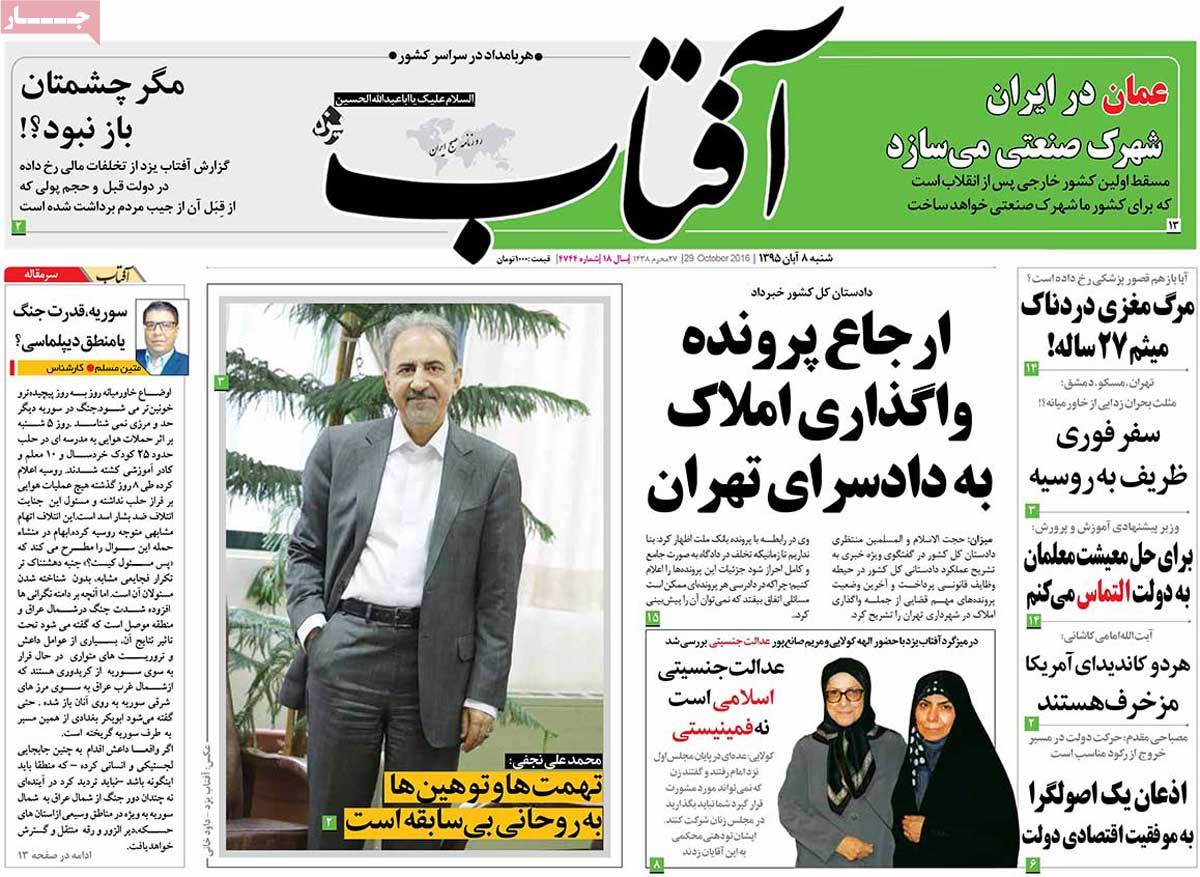 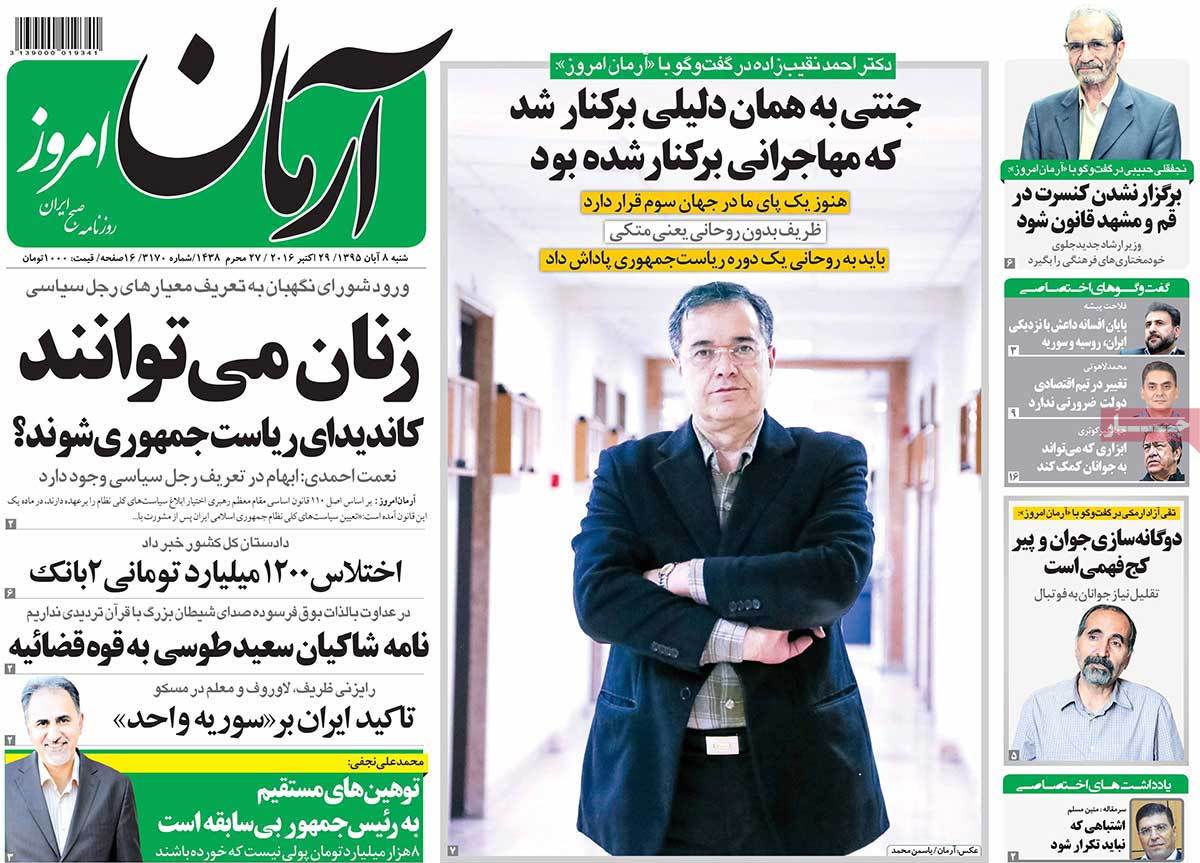 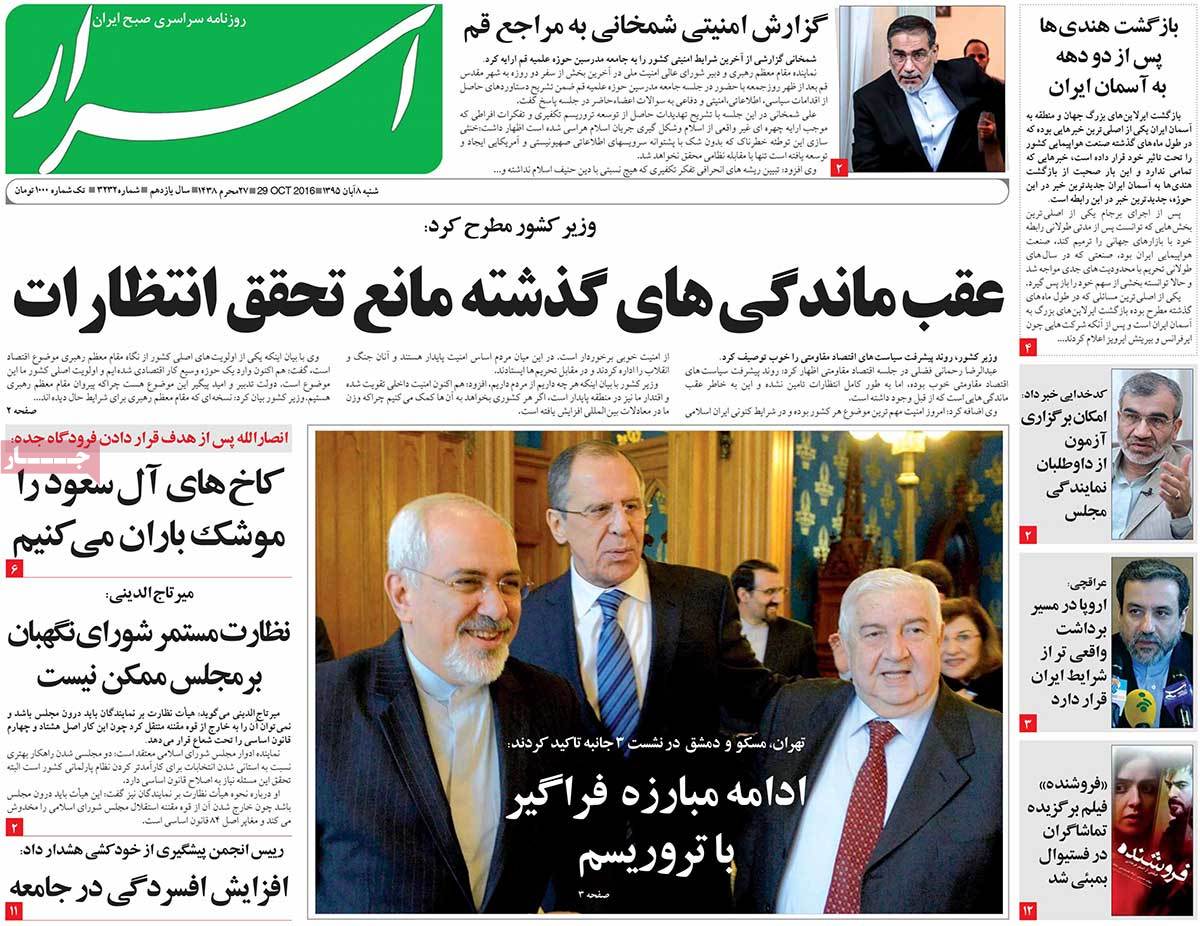 2- Iraqi Forces behind Gates of Mosul 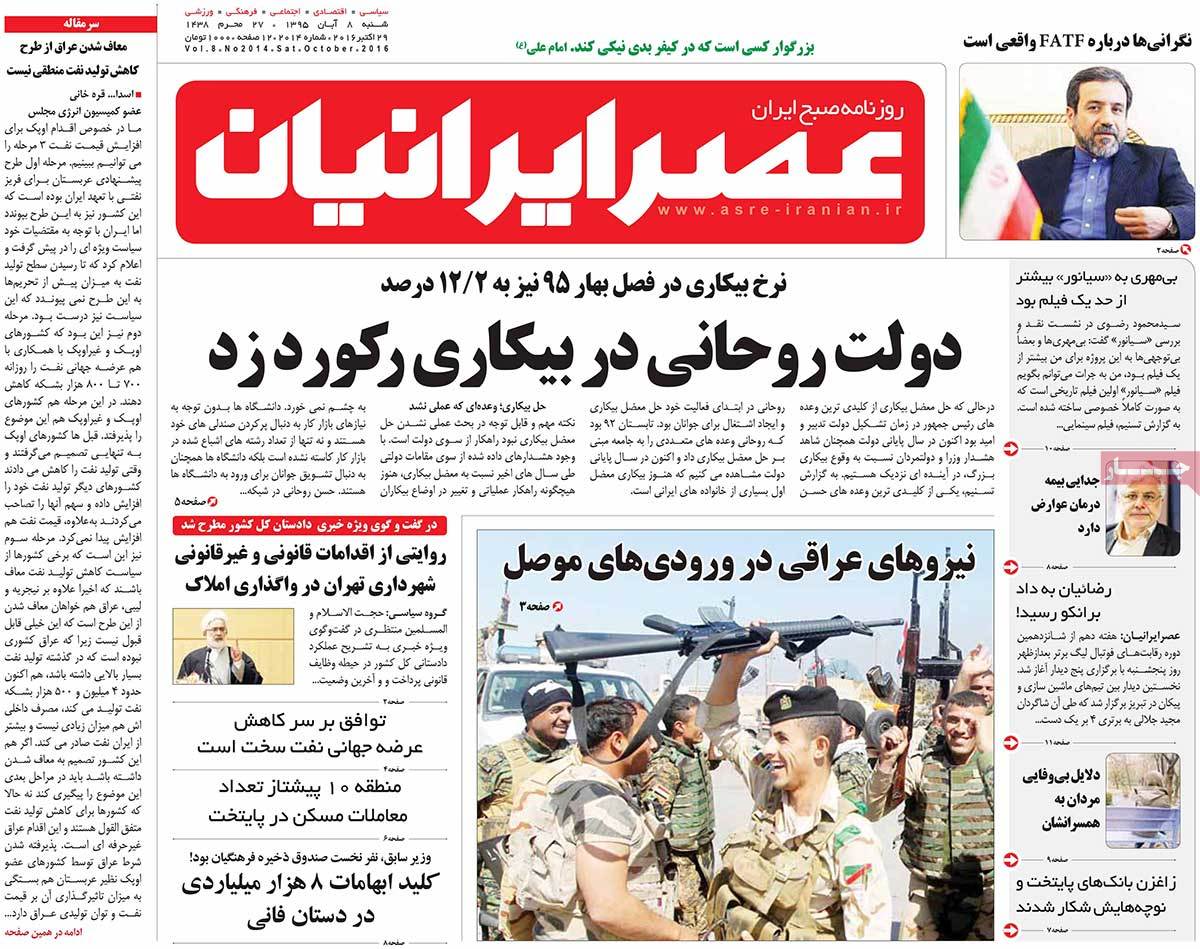 1- Plants with 26,500MW Power to Be Constructed in Five Years: Minister 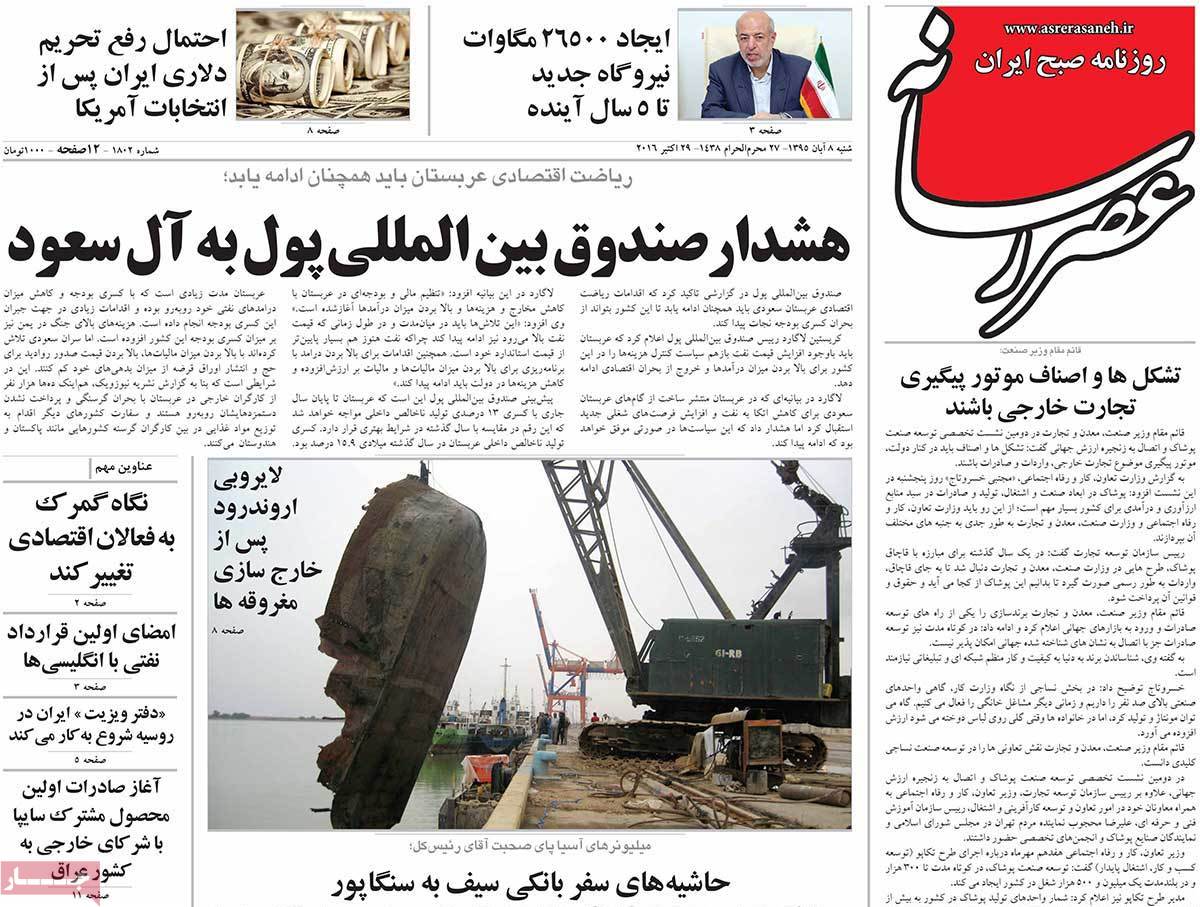 2- Erdogan’s Dream in Iraq and the Levant: Turkey Looks for Competition with Iran

3- Transfer of Artworks to Foreign Countries under Scrutiny of Parliament: Cultural Commission to Investigate Transfer of 60 Artworks from Tehran Museum of Contemporary Arts to a European Exhibition 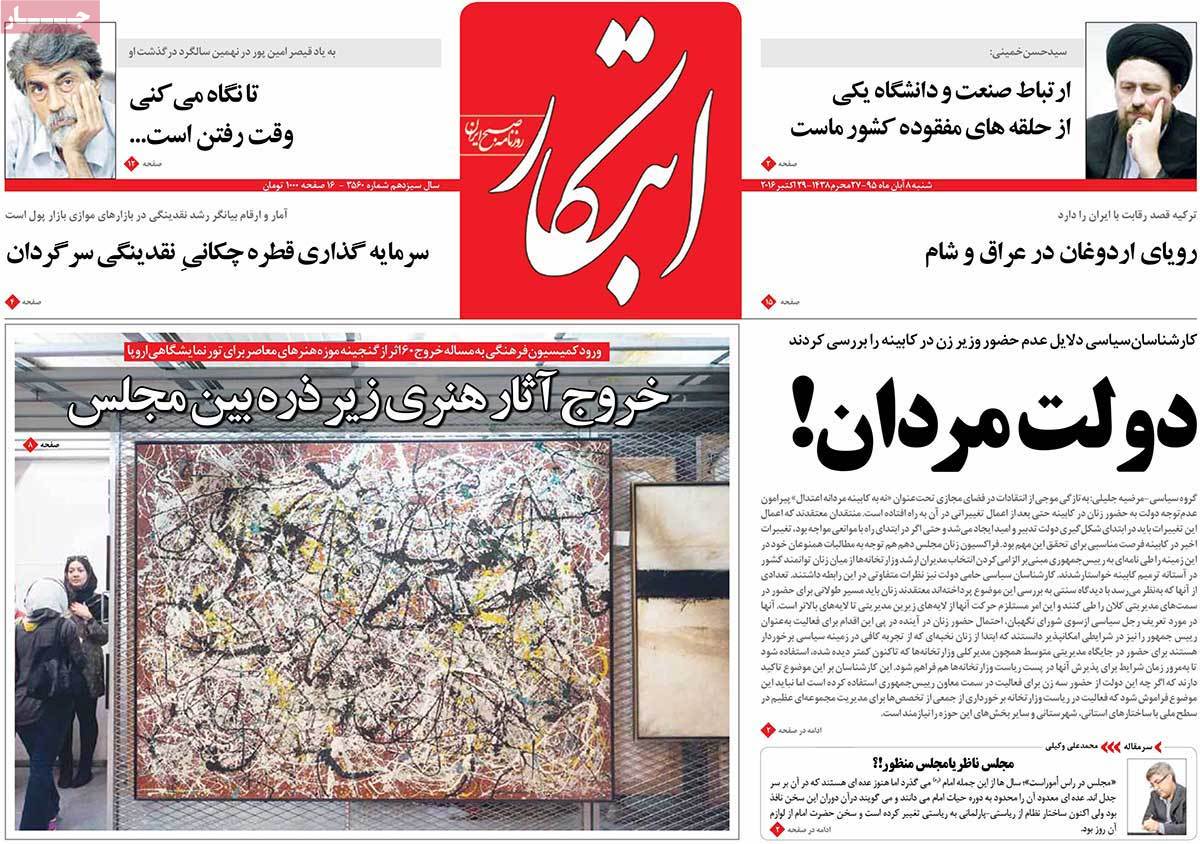 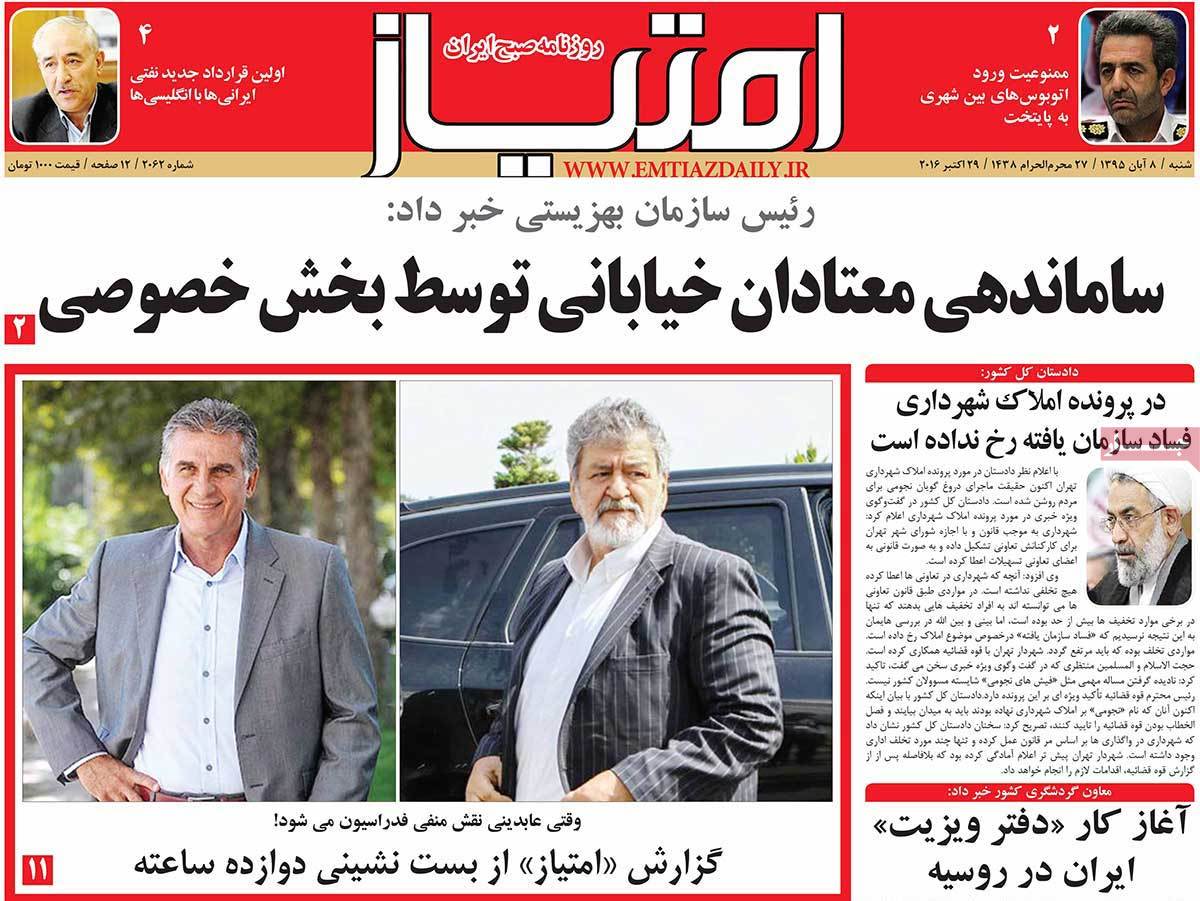 2- Amid Tensions with the West, Russia Unveils World’s Most Horrible Nuclear Missile

3- Precious Book on Arbaeen Is Unveiled 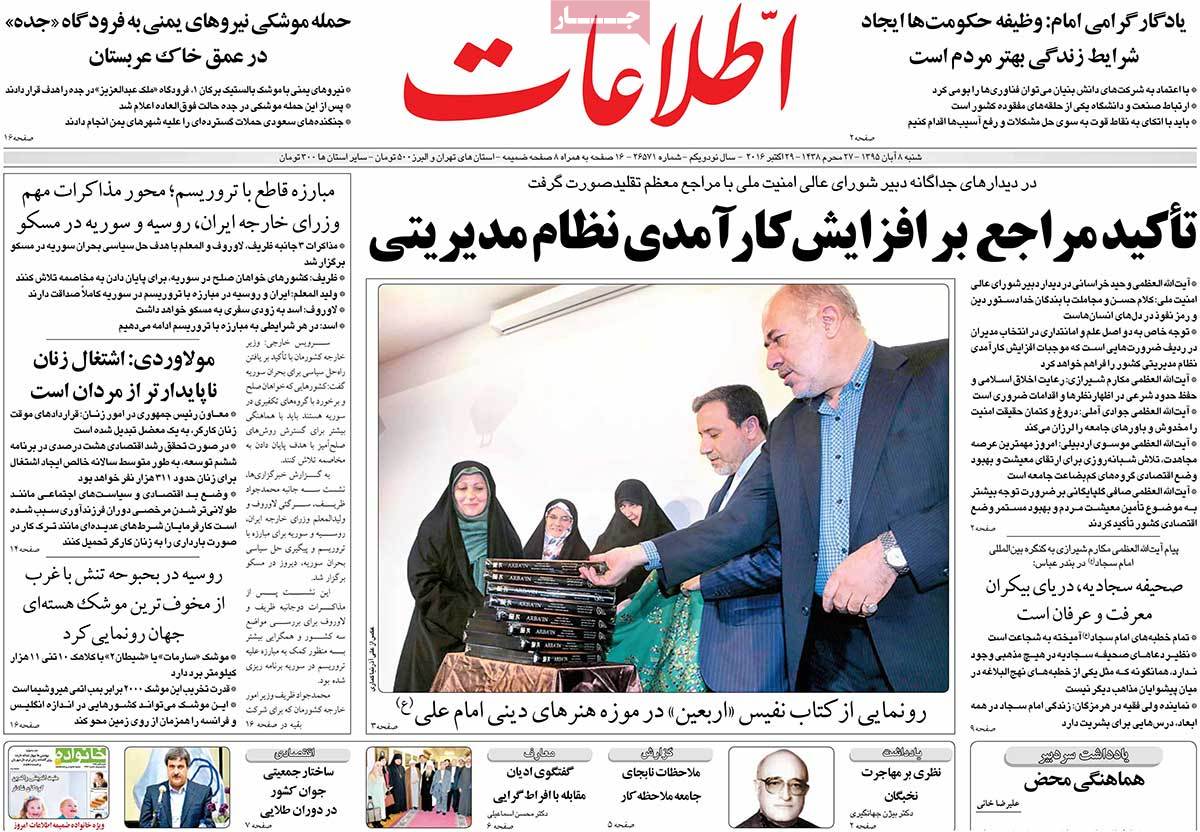 1- Trust in US Is Nothing More than a Mirage [It was said during the trilateral meeting between Iran, Russia, and Syria in Moscow] 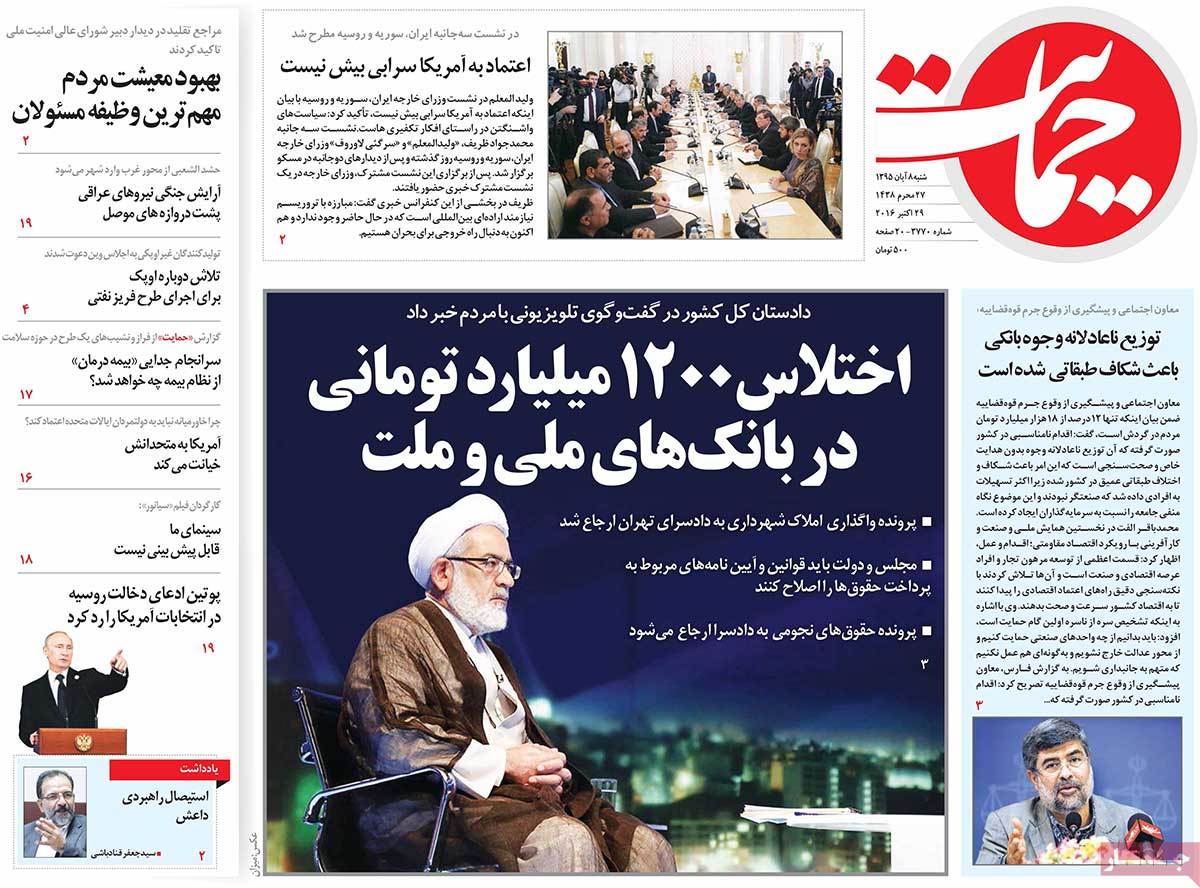 2- Emphasis on Convergence in Fight against Terrorism: Ministers of Iran, Russia, and Syria Sit at Table of Peace Negotiations

1- Homeless Women, a Scar on Face of Tehran 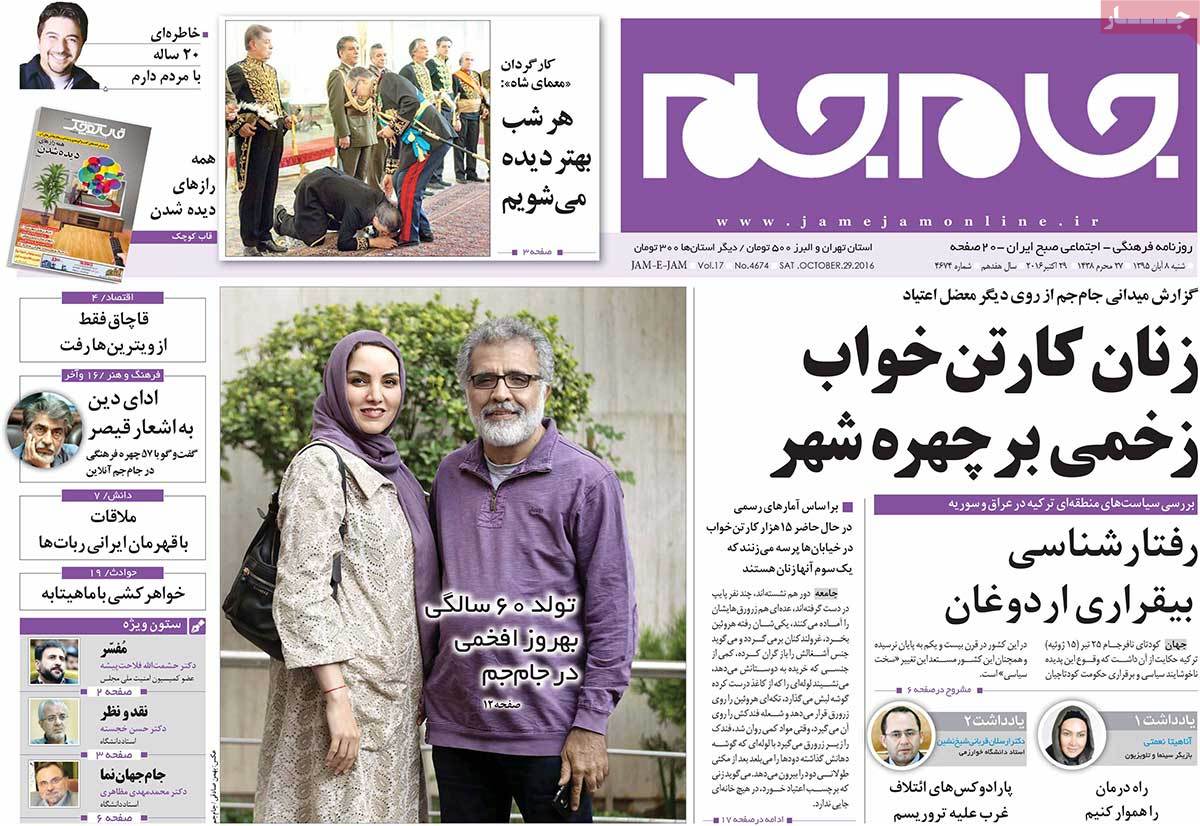 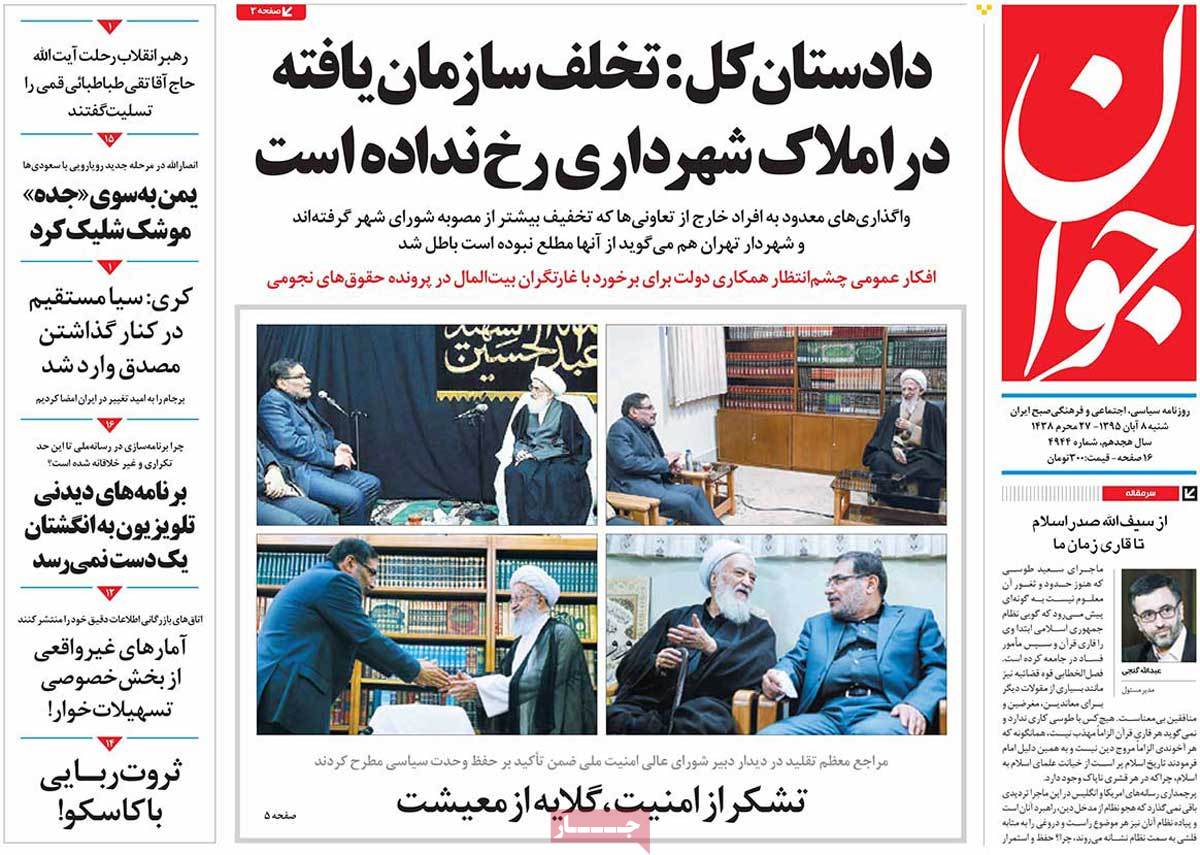 3- Countdown for Beginning of Last Step in Mosul Operation 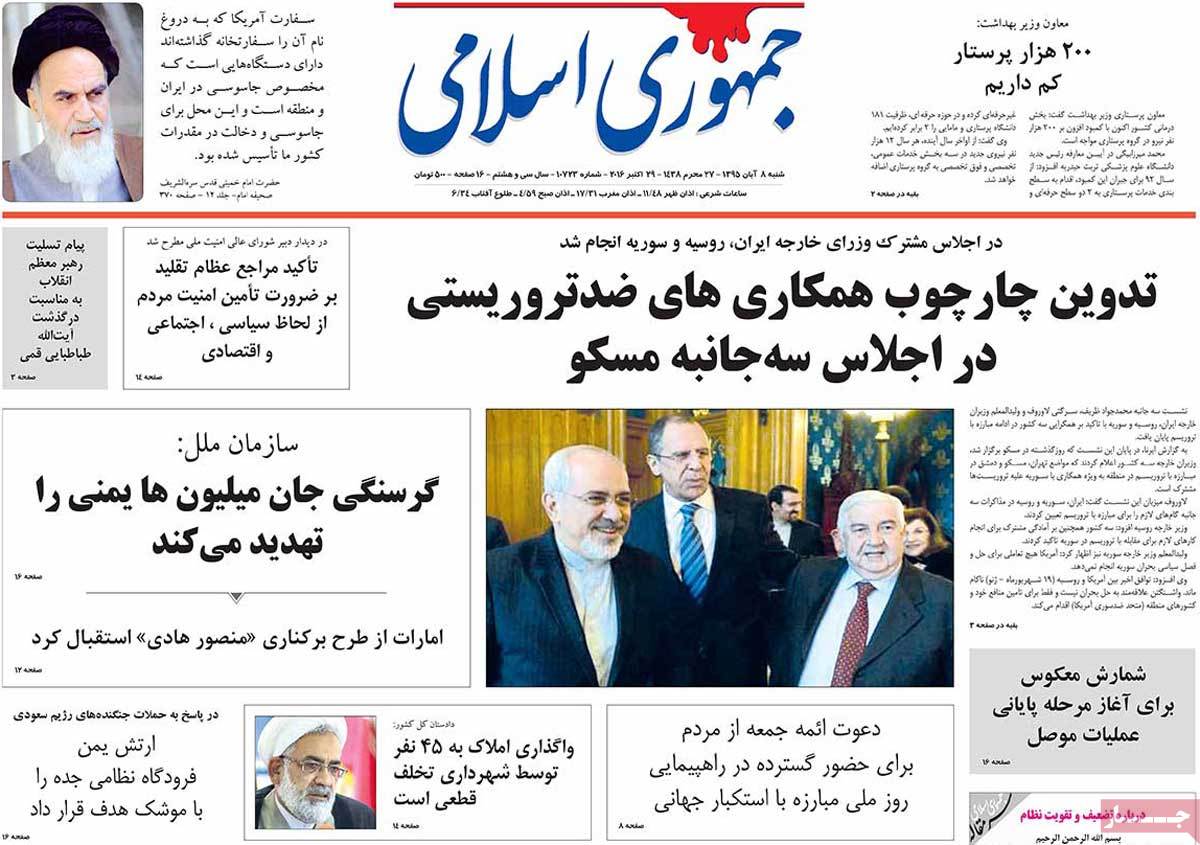 1- Major Victory for Resistance Front in Syria’s Hama: A City and 22 Villages Liberated 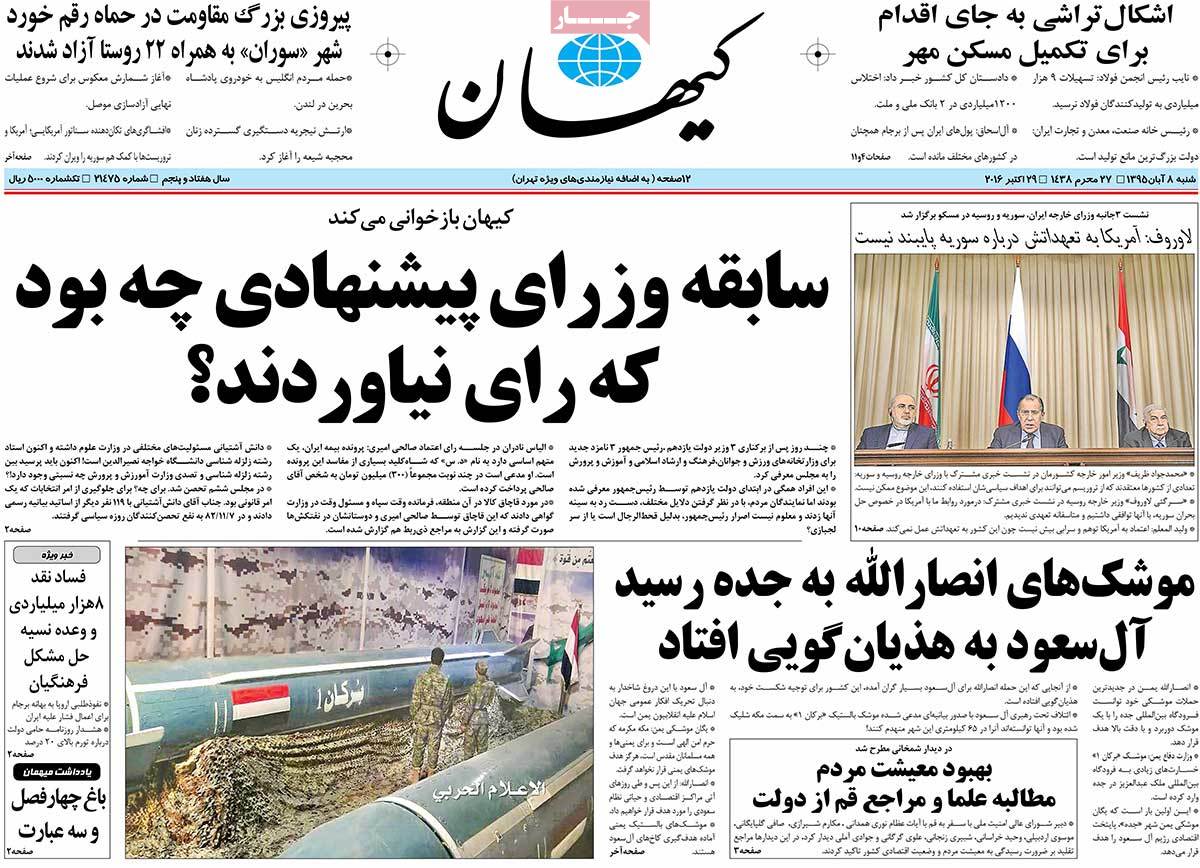 1- Iran, Russia, and Syria Criticize West’s Violation of Its Commitments

2- Russia: Americans Failed to Distance Themselves from Nusra Front 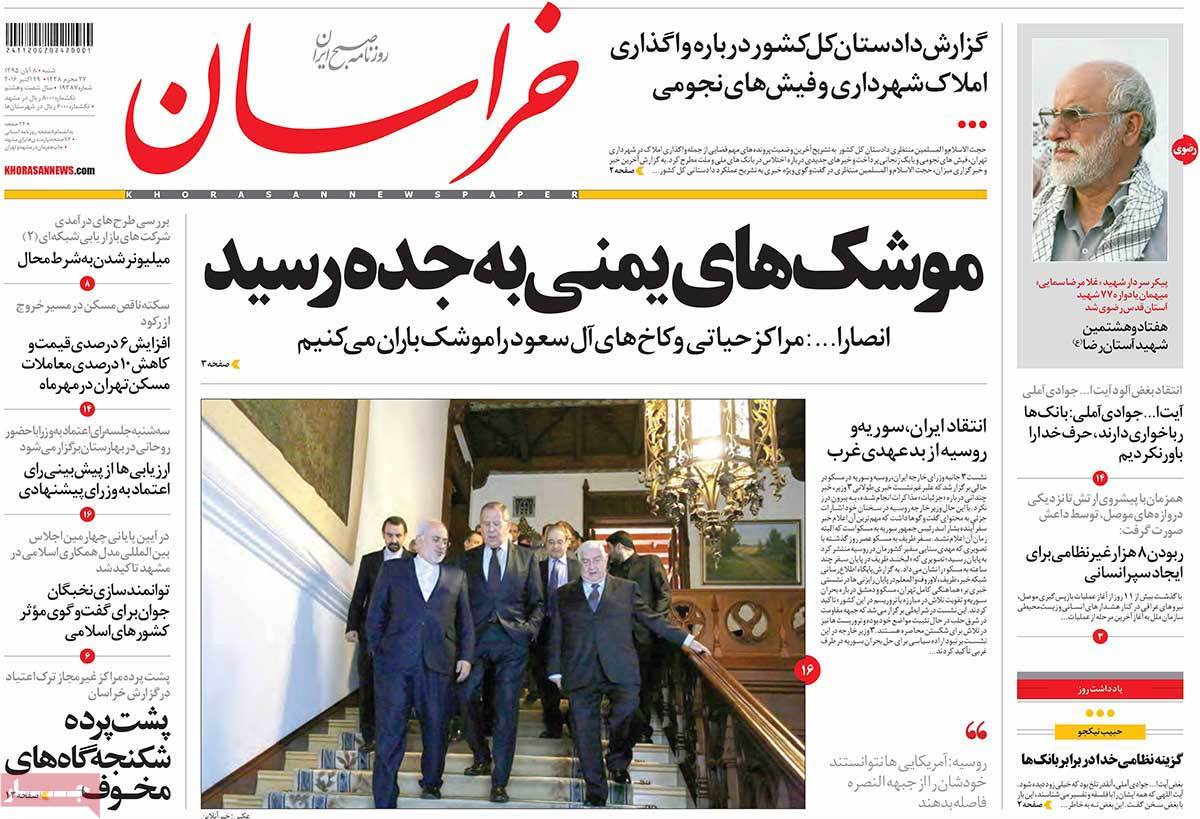 2- Iran’s Advice to UAE and Saudi Officials: Don’t Use Islamic Sanctities as Pretexts for Your Meagre Goals 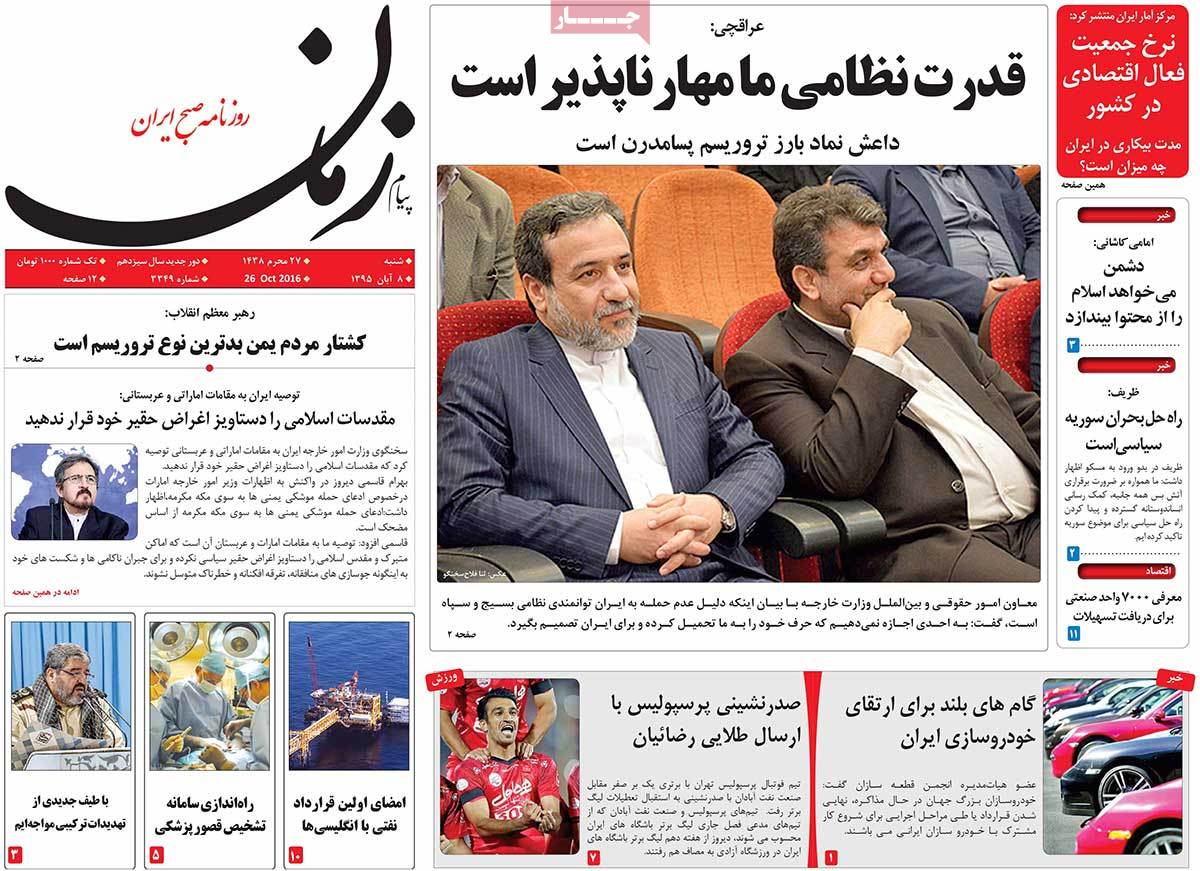 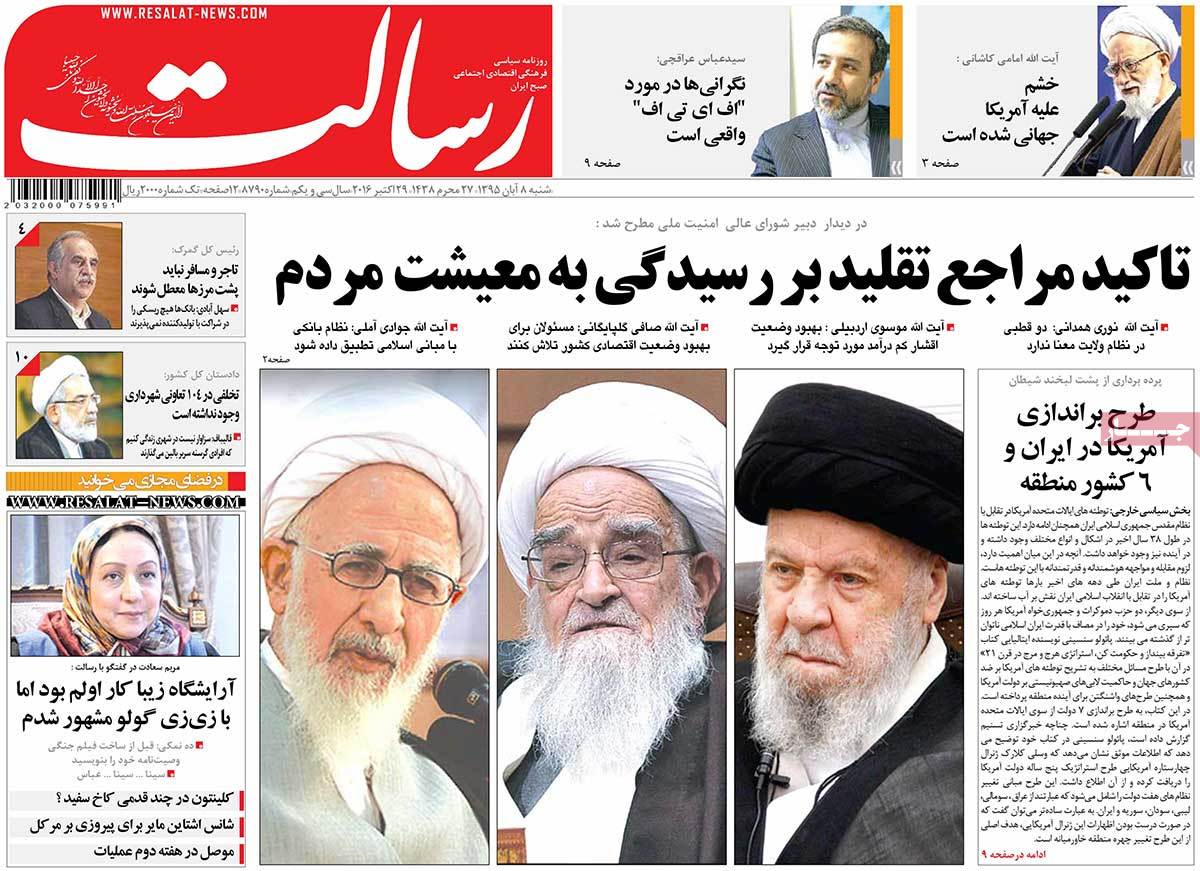 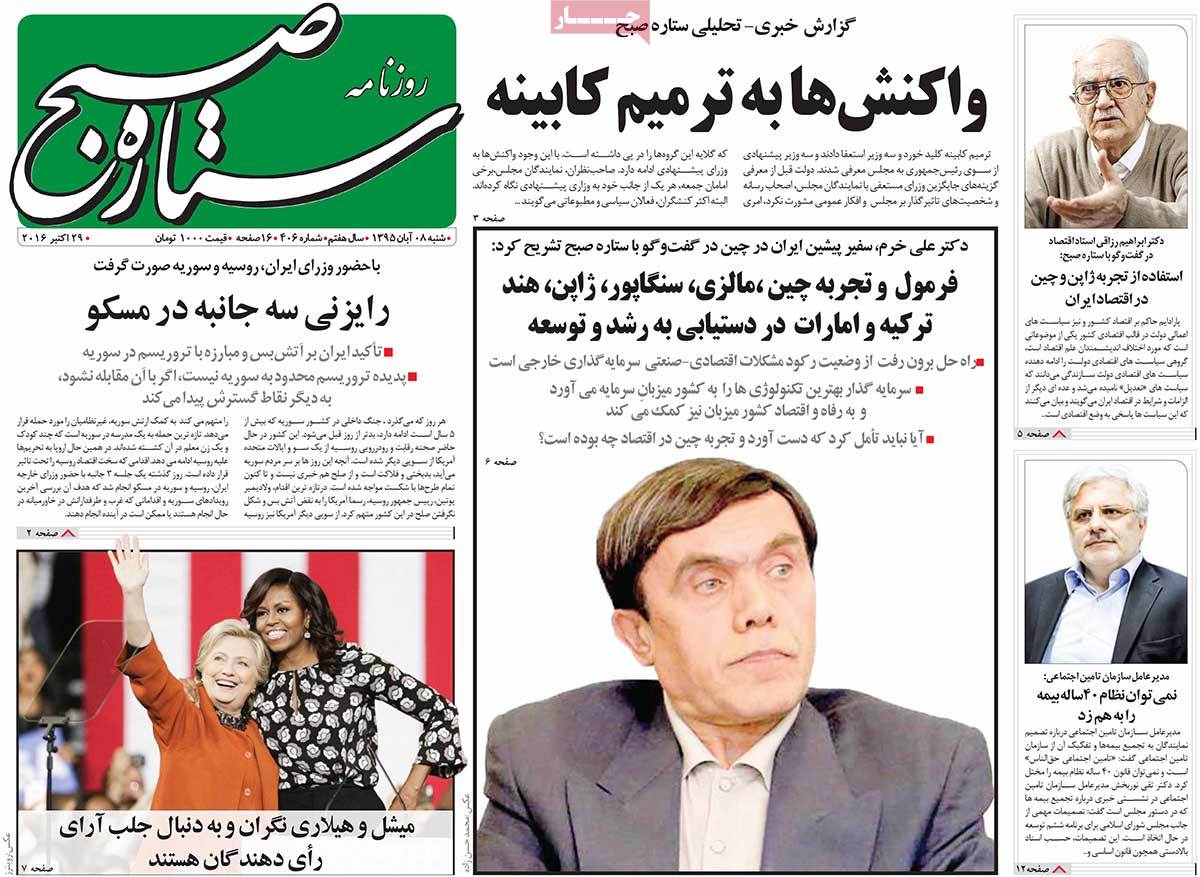 1- Mogherini in Tehran: One Day after Zarif’s Return from Moscow

2- Iran’s Cooperation with Russia and Syria to Be Developed: Trilateral Negotiations 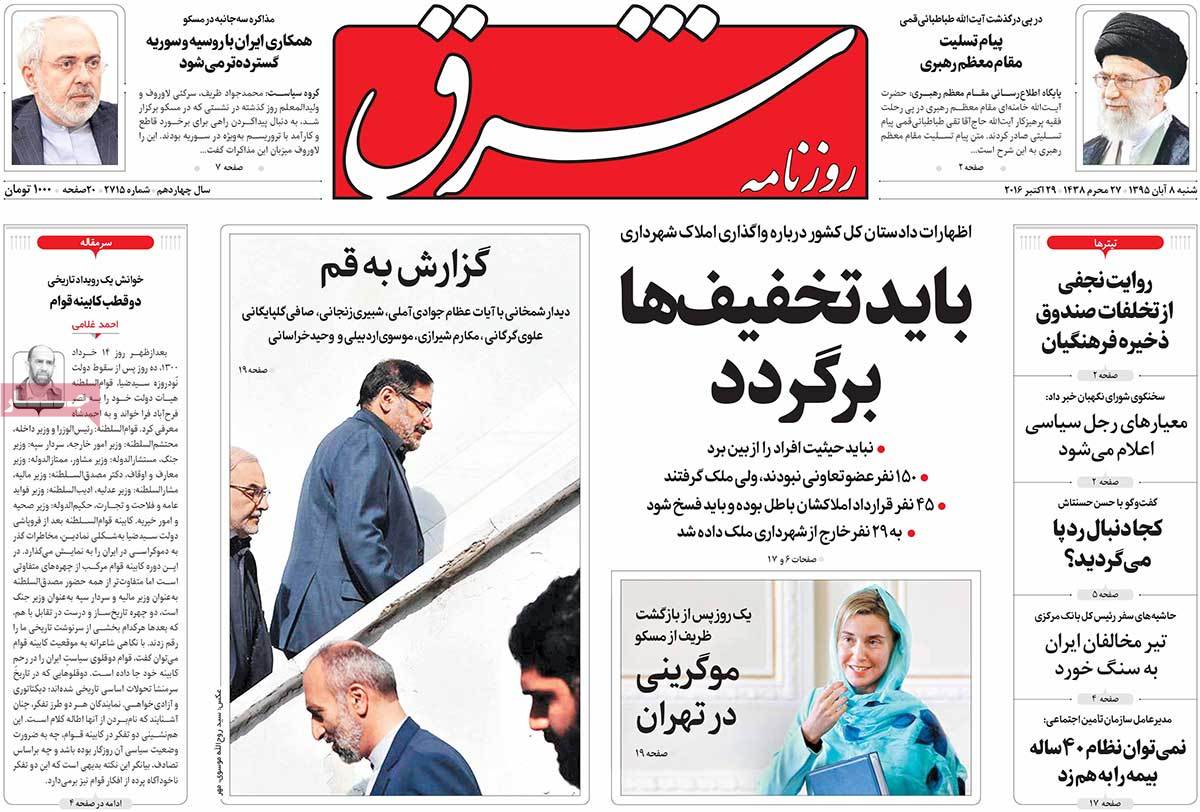 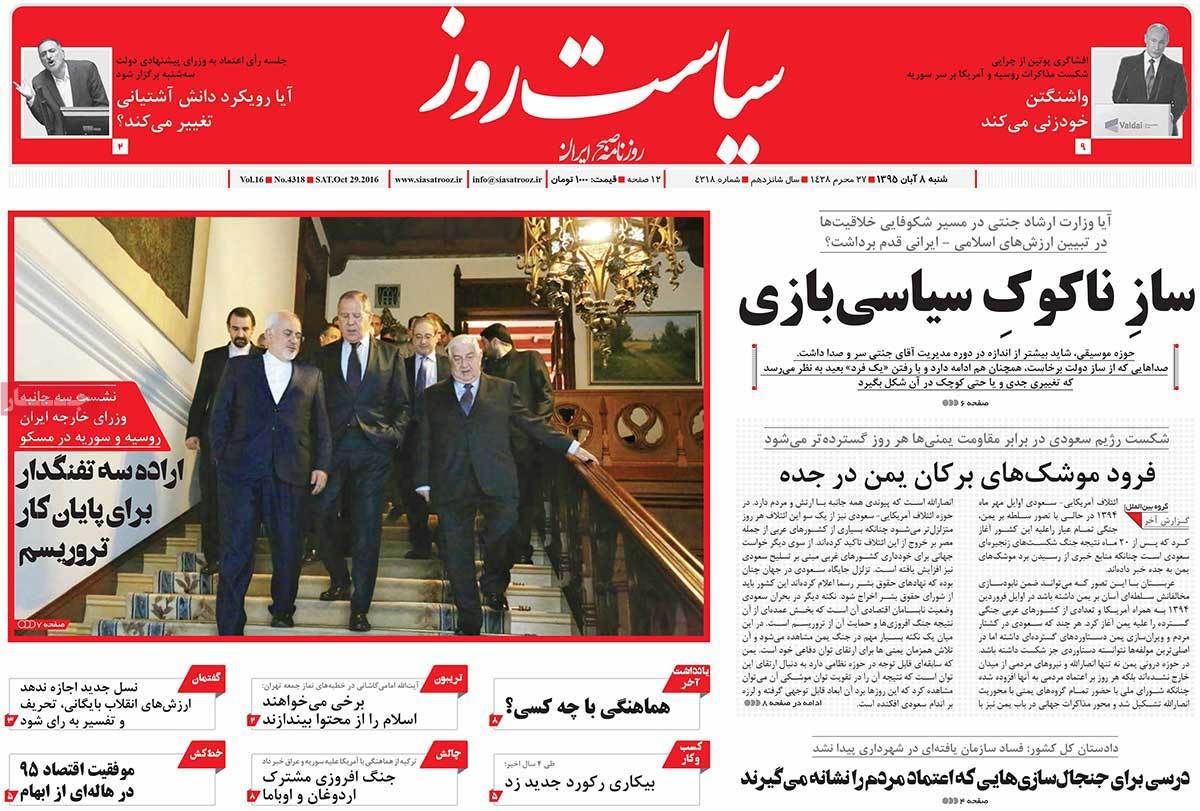