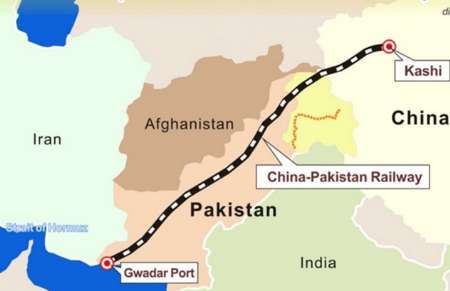 October 29, The Iran Project – An economic and political analyst of Pakistan believes that Iran can play an important role in the success of China-Pakistan Economic Corridor (CPEC), opening a new chapter of cooperation.

Iran’s willingness to participate in the CPEC project can play a major role in its future development and Iran-Pakistan’s relations in the trade, economic, and political fields, Pakistani analyst noted.

Referring to Iran and the Persian Gulf region as one of the oldest economic trade routes of the world, he said Iran can be a valuable passage for the China-Pakistan Economic Corridor as a major regional and global plan, and connects it to the Middle East, the Persian Gulf region, Central Asia and even Europe.

Having special features and potentials, like rich energy resources, security, political and economic stability, geo-strategic position, and common sea and land borders with many countries, Iran could be a strong support for the CPEC project, he stressed.

He also pointed to Iran’s friendly relations with many regional countries, including Pakistan, Afghanistan and India, as the other reason for the importance of the country’s joining to the project.

Elsewhere in his remarks, he stated that Iran can not only boost regional economic and trade cooperation, but also can be a symbol for the peace, stability, and security in the region.

The China-Pakistan Economic Corridor, an ambitious $46 billion investment plan linking western China to the Arabian Sea, is part of Beijing’s ambition to expand its trade and transport footprint across Central and South Asia.