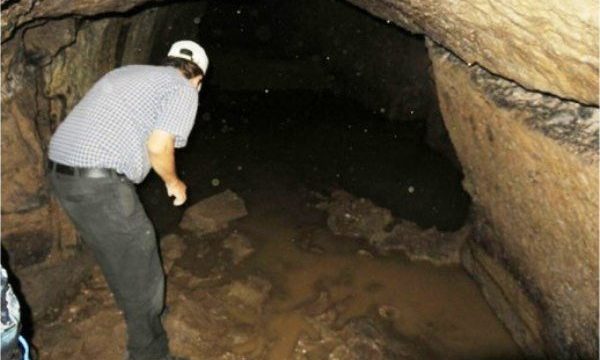 RASHT, Oct. 25 (MNA) – A hand-dug tunnel in Mikal village near Siahkal, Guilan province, provides invaluable information as to the historical past of the region.

Mikal, a village near Siahkal, found media fame with discovery of a hand-dug Parthian-era tunnel. The tunnel was known for the local people since 1960; an attempt to delve deep into the tunnel led nowhere since the material and the debris effectively blocked paths to the tunnel which would divulge valuable information into the historical past of the region.

Quite recently and within last weeks of excavations, found a way to this dark tunnel when part of the earth collapsed, only to open the entrance to tunnel; the local media speculated finding of historical monuments and objects along with a cemetery; however, as head of archaeological center of Guilan provincial Cultural Heritage Organization told Mehr News local correspondent, the discovery had been quite planned and an archaeological expedition were in a project to documentation the tunnel; “the preliminary investigation is a stepping stone for further investigations, and if necessary permissions issued, the Center’s archaeologists would seriously examine the possibilities of discovery in the tunnel; the tunnel is a sui generis in providing evidence that it belonged to Parthian era, which found applications in Islamic periods,” said Vali Jahani, also an archaeologist. “Arches and other features belie the fact that the tunnel provided the state religion, Mithraism, with a temple.”

“Illegal excavations of the past years obliterated the entrance to the tunnel; however, the fall of the debris revealed the path. Farther to the end of the tunnel is an Iron age cemetery which has totally damaged during excavations before the Revolution of 1979; the end of the tunnel however has not been explored, but it is 150 meters long and 4 meters width, with 3.20 meters of height; the dimensions are horrendous given the material used to excavate such structures on the ground 1,700 meters above sea levels,” Jahani detailed.

The archaeologist said that a deep well, ceramic tiles, chimneys and fat burners revealed that ancient people actually lived in the tunnel; “it provided a shield and a safe haven when threatened by natural as well as occasional military dangers for the locals in both Parthian and Islamic periods,” Jahani told Mehr News.

“Within 300 meters distance of the tunnel, an identical tunnel had been dug; the first tunnel crossed the underneath of the houses of the village, while the second lies beneath the wheat plantations and extends to the east outside the village; the application is unknown for the second tunnel, and needs further investigations; to the most probability, both tunnels crossed in somewhere,” he added.

“A local travelogue makes references to the local accounts of the tunnel, however, it seems that the author, a certain Manouchehr Sotoudeh, had not seen the tunnel himself. His travelogue ‘From Astara to Astarabad,’ collects the stories related to the tunnel,” Jahani told Mehr News.