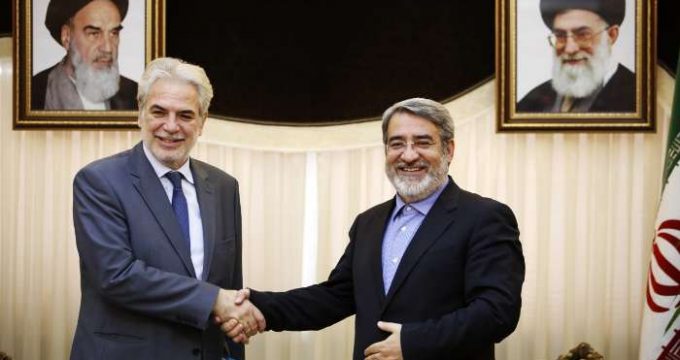 Rahmani Fazli made the remarks in meeting with European Commissioner Christos Stylianides.

He said that Iran hosted 3 million Afghan refugees for almost three decades and talked about the difficulties.

He said that the international aid in this concern cover only three percent of expenses.

Rahmani Fazli said that if the international community fails to manage outflux of refugees in the region, the refugees will flood toward European countries.

He said that proposals of the EU Commissioner for Humanitarian Aids and Civil Protection Christos Stylianides are considerable.

He said that Iran is ready for cooperation on international peace and security and campaign against drug-trafficking and terrorism in the Balkans.

He said that Iranian government hosted the Afghan immigrants for more than three decades and that the hosting had big financial and social cost for Iran.

The EU Commissioner said that Iran did not receive any noticeable assistance in this concern, so I will consult to increase the EU cooperation.

‘I visited refugee camp in Kerman camp and I will convey the message that Iran is the best model in the world for assistance to the refugees,’ Stylianides said.

The commissioner appreciated the Supreme Leader for assigning the government to provide the Afghan children with education services, even those who have no permission to stay.