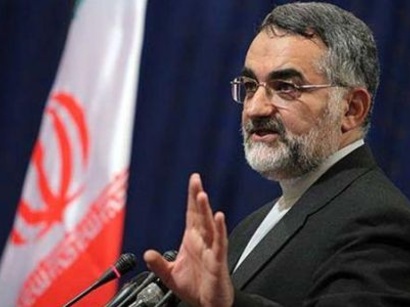 Tehran, Oct 25, IRNA – As part of the nuclear deal with Iran, sanctions against the Islamic Republic should be lifted, says Louis Gautier Secretary General for France’s Defense and National Security.

Gautier made the remarks on Monday in a meeting with Alaeddin Boroujerdi, Chairman of the Committee for Foreign Policy and National Security of Iran’s parliament.

Paris is calling on all parties in the nuclear deal with Iran, known as the Joint Comprehensive Plan Of Action, to be committed to their JCPOA obligations, he said.

‘Removing sanctions as part of the deal should be carried out,’ the French official said.

Gautier also said that his country is very interested to continue negotiations with Iran.

Boroujerdi is in Paris at an official invitation by the French parliament to discuss parliamentary issues with his counterparts.