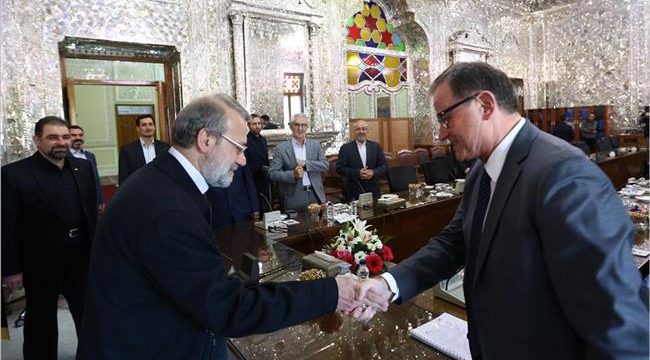 He made the remarks in meeting with visiting vice-speaker of Austrian parliament Karlheinz Kopf.

Larijani said that development of parliamentary relations will play an important role to expand friendly cooperation and Majlis supports such ties.

Larijani expressed deep concern about worsening the humanitarian situation in the Middle East region, saying that Iran has always underlined importance of dialogue and political negotiations as the sole way to resolve the humanitarian crises, instead of using military forces.

He said that considering commonalties between Iran and Austria on many regional issues, the two countries may cooperate on economy, energy, science, academic ties, environment and modern technologies.

Karlheinz Kopf expressed pleasure with his visit to Iran and said that development of ties with Iran, as an important state in the region and world is so important for Austria.

Kopf said that parliamentary relations and friendship mong MPs of both countries will pave the way for development of cooperation in other sectors.

He arrived in Tehran on Saturday evening at invitation of Majlis Vice-Speaker Masoud Pezeshkian.

He is due to meet with senior Iranian officials during his four-day stay in Iran.