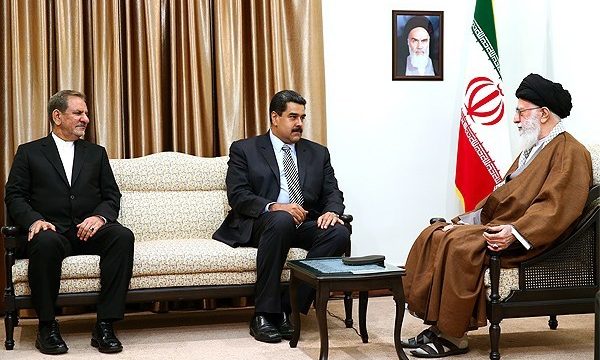 Iran’s deputy FM has rejected US secretary of state’s recent claims that Tehran’s position toward Syria and Hezbollah impedes US from removing obstacles to Iran’s banking transactions.

The Legendary F-14 Tomcat: The plane Iran and America both love

Let’s just get this out of the way: Maverick. Iceman. Charlie. Are you done swooning yet? For many, the 1988 film Top Gun caused the F-14 to embody everything cool about fighter jets and the pilots that flew them.

The Iranian Air Force has used 2,000-pound laser-guided munitions and precision-guided missiles against mock targets on the last day of a major aerial drill in central Iran.

Iran’s deputy foreign minister for European and American Affairs said the US presidential elections would not affect the Joint Comprehensive Plan of Action (JCPOA).

The 9th Session of the Islamic Awakening Supreme Council kicked off in the Iraqi capital of Baghdad on Saturday morning, bringing together representatives from 22 Muslim nations.

Representatives of British Private Commerce Chamber have in a meeting with directors and officials of the upstream sector of Pars Oil and Gas Company (POGC) said they are ready for contribution into South Pars project.

Soon after the US Treasury Department granted licenses to Boeing and Airbus to sell passenger planes to Iran, Tehran welcomed the move as a fulfillment of American obligations under the nuclear deal. On Sept. 24, three days after the licenses were issued, Iranian Foreign Minister Mohammad Javad Zarif confirmed that Iran had received the green light to purchase 80 out of the 88 aircraft it had sought to buy from Boeing, adding, “Out of 118 Airbus jetliners, the license for selling 17 has been issued.”

Iran says it expects the French energy giant Total to invest as much as $2 billion in its petrochemical industry.

Iranian female entrepreneur Soheila Pirmoradian is amongst selectees who will be honored with EU Business Competence* License (EBC*L) in tourism industry, during a ceremony scheduled to be held in Paris on November 3.

According to a report by Mehr, as edited by IFP, the Director General of Iran’s Bureau of International Databases Farhad Azizi said Iran and Italy have been cooperating for more than a year and a half to restore the historical constructions of Pasargadae.

The screening of Iranian feature film ‘Bodyguard’ will kick off in Munich of Germany, after being displayed in different cities and countries across the world.Directed by acclaimed Iranian filmmaker Ebrahim Hatamikia, Bodyguard has so far gone on screen in Iranian cinemas and many other countries, including in Australia, Canada, Syria, UK and Lebanon.

More than 100 top Iranian students admitted to US and Canadian universities have missed their first semester and fear losing their hard-fought bursaries or funding because of visa difficulties.

Russian women’s futsal team ‘didn’t have to wear hijabs, but chose to’ — coach

According to the team’s coach, the Russian players were really interested in experiencing what it felt like to wear the hijab and play in it all the time.

Iran’s Velayati cautioned Iraq about US plot after Mosul liberation

Secretary-general of the World Assembly of Islamic Awakening Ali Akbar Velayati hailed Iraqis’ recent victories over terrorist groups in operation to liberate Mosul, but at the same time warned that Baghdad should be vigilant about US plot after the city liberation.

Saudi Arabia joins US in imposing sanctions on Lebanese Hezbollah

Saudi Arabia has joined the US in imposing sanctions on a number of Lebanese nationals and a company over their alleged financial support for Hezbollah resistance movement.

At least 15 women have lost their lives and scores of other civilians have sustained injuries when fighter jets operated by the so-called US-led coalition struck a mourning procession in Iraq’s oil-rich northern province of Kirkuk.

Pictures of young Saudi female models posing in front of the pavilion of a luxurious car company at a local show went viral on social media, prompting a punitive action from the Kingdom authorities.

Clashes break out in Syria’s Aleppo as ceasefire expires

Clashes between government forces and militants have erupted in the divided city of Aleppo after a unilateral ceasefire announced by Russia comes to an end.