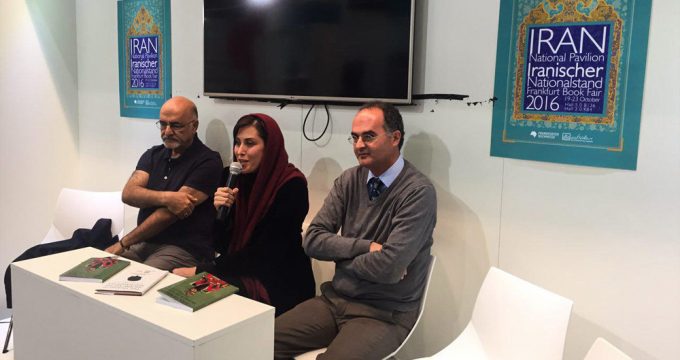 October 23, The Iran Project –Iran’s ambassador to Germany has announced that they are trying to facilitate the issuance of visa for Iranian cultural and media people.

Speaking to a reporter on the sidelines of visiting the Iranian pavilion at the 68th Frankfurt Book Fair on Friday, Iran’s Ambassador to Germany Ali Majedi said they are pursuing Iran’s presence in the Fair as a special guest.

Majedi pointed to the importance of Iran-Germany’s cultural ties, adding not only the two countries’ officials but the two nations are also interested in developing the relations.

Iran likes to introduce the Islamic culture, the Iranian envoy said, stressing the Islam that Iran is trying to introduce to the world is an interactive culture and traditions that is against Wahhabi and ISIS Islam.

Elsewhere in his remarks, he referred to the problems the Iranian cultural and media people face for receiving a visa to Germany and attending the global cultural programs in the country and said I will soon meet the new German Ambassador to Iran discussing how we can facilitate the issue.

This year’s Frankfurt Book Fair which opened in Frankfurt, Germany, on October 18, has drawn more than 7,000 exhibitors from around 100 countries to the world’s oldest book fair.

Iran is also among participants with different artistic and cultural programs.