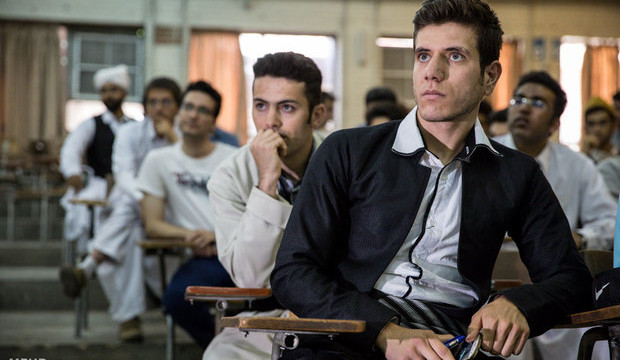 More than 100 top Iranian students admitted to US and Canadian universities have missed their first semester and fear losing their hard-fought bursaries or funding because of visa difficulties.

Students from some of Iran’s most prestigious academic institutions told the Guardian that they could not continue their education this autumn because they had not received their visas yet despite waiting several months.

Iranian nationals hold one of the world’s most unloved passports and are often obliged go to extra lengths when applying to obtain visas, particularly from western countries.

The US and Canada have tightened visa regulations in recent years and the long administrative processing is due to rigorous security and background checks that are required for all Iranian nationals. Many Iranians complain that such collective scrutiny of ordinary applicants amounts to politically charged discrimination.

One 26-year-old Iranian admitted to a US university ranked among the world’s top five said he could not understand why he had been waiting for more than five months.

“I have no family members in the US; I have never worked in military forces, I have never conducted nor will conduct research in a field that is subject to technology alert list,” said the student, who asked not to be named for fear of further complicating his visa application. “I am fully funded and the source of my fund is clear; and finally I am the only son of my family and I plan to return to my country after finishing my PhD studies.”

Canada and the US do not have embassies in Tehran, meaning such students would have to go to neighbouring countries such as Turkey, the UAE and Armenia, to apply for a visa.

Washington has not had a diplomatic mission in Tehran since the hostage crisis soon after the 1979 Islamic revolution. Canada cut diplomatic ties with Iran in 2012 under former prime minister Stephen Harper, and relations have not fully been upgraded since Justin Trudeau came to power.

Many students facing visa issues have deferred their offers but fear losing their funding or bursaries if they are not able to obtain a visa for the next semester.

“I spent two years of my life on fortifying my CV and taking TOEFL and GRE exams in order to pursue a PhD degree,” the Iranian student added. “I received offers from four universities in the US and two universities in Canada but I accepted one of them and declined all the others. I have no plan B and I do not know what to do if I cannot go in the next semester.”

“Each day of the last three months was full of stress for me. I cannot concentrate on anything, I cannot do any job and even I cannot complete my previous researches since every minute my mind is involved with the visa issue. I escape from the people around me and try to be alone most of my time in order not to be inquired by others about my visa and consequently get more ashamed.”

The students who spoke to the Guardian said that their frustration was exacerbated by the fact that the two embassies declined to provide any updates on the visa applications or provide a deadline for a decision.

Reza, another student, has an offer to study for a PhD in mechanical engineering at the University of Saskatchewan in Canada. In June, he traveled to Istanbul to apply for his visa. “I spent the past two years applying for a suitable place; I have a full scholarship, a bursary only given to a handful of students and now it is all up in the air if I don’t receive the visa by January. I may not be able to extend my deferral for another year.”

After applying for his visa, Reza left Istanbul just two days before the bombing at its airport, which killed dozens of people. “I’ve risked a lot of things for this visa,” he said.

Narges who has been waiting for a US visa since May, said: “I believe that it is the right of anyone to have the opportunity to see their talents flourish to their utmost – no matter where they were born. No one can blame anyone else for his or her nationality.”

Another student said: “It is so frustrating to be in such a state of indefinite waiting. We do not know what is going on. We cannot have any plan for our future.”