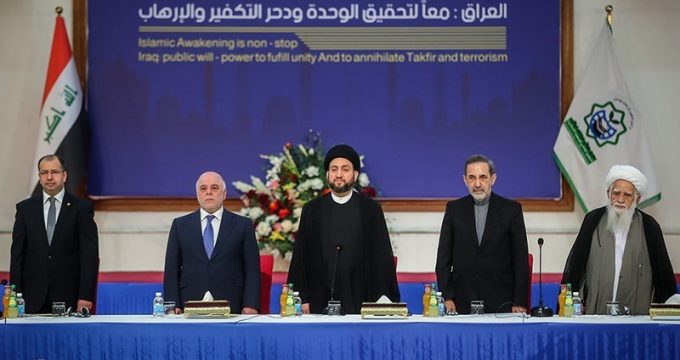 Secretary-General of the World Assembly of Islamic Awakening pointed to the plots hatched by enemies to derail the awakening movement in the region, and underscored that the movement is still alive and going forward thanks to strong popular support.

President Rouhani stresses development as main goal of his government

President Hassan Rouhani stressed the need for mobilization of efforts for the development of the country.

A senior Iranian official says supporting legitimate regional governments and oppressed people including the Syrians and Iraqis constitutes an absolute policy of the Islamic Republic.

Because of the country’s military power, no enemy dares to attack Iran, Chairman of the Experts Assembly Ayatollah Mohammad Yazdi said on Friday.

Head of Iran’s Strategic Research Center said it is absolute policy of Islamic Republic to support legitimate governments and oppressed people of the region including Iraq and Syria.

The spokesman for the Iranian parliament’s National Security and Foreign Policy Commission said two senior members of the commission have traveled to France on an official visit to hold talks on ways to boost parliamentary ties between Tehran and Paris.

Iranian Supreme Leader’s top aide Ali Akbar Velayati blamed Saudi Arabia for spreading crises in the region, and said Riyadh has been in secret collusion with Tel Aviv to deteriorate the security situation in the regional countries.