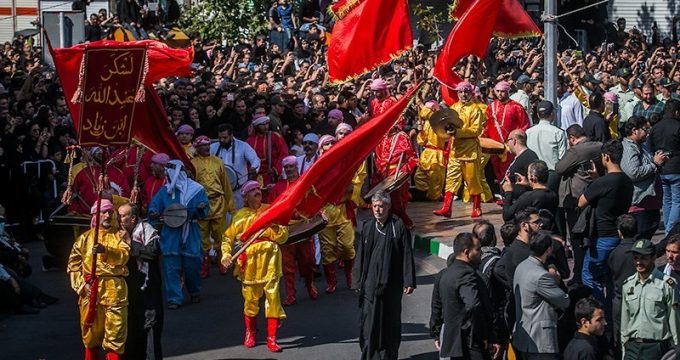 Iran’s foreign minister is asking U.N. Secretary-General Ban Ki-moon to use his “good offices” to arrange for an Iranian aircraft to bring humanitarian supplies to victims of the deadly attack on a funeral home in Yemen’s capital and evacuate the injured.

Iran says there is an inextricable connection between the security situation in Eastern and Western Asia, citing foreign intervention as a main source of insecurity in both sides.

Mourning ceremonies, attended by Supreme Leader of Islamic Revolution Ayatollah Seyed Ali Khamenei , were held in Tehran on Monday on the martyrdom anniversary of Imam Hossein (AS), the third Shia Imam.

Zarif: Saudi regime, its enablers must be held to account

Foreign Minister Mohammad Javad Zarif, in response to the latest Saudi air attacks in Yemen, has said that the Saudi regime and its supporters must be held accountable.

US Secretary of Energy: Iran’s missile program was never part of negotiations

According to a report by Columbia Spectator, as covered by Mehr, at the Energy Leaders Forum at Columbia, United States Secretary of Energy Ernest Moniz discussed climate change, clean energy, the US responsibilities in the field of energy security.

Wikileaks reveals Clinton’s speech from 2013 regarding the Iranian nuclear issue: “Israel estimates that even if it will only cause a small set back to the program, an attack might be the best option. But it lacks the ability to cause serious damage.”

Minister of Economy Ali Tayyebnia reiterated that the conditions are set for boosting trade and economic cooperation between Iran and European countries.

New guidance from the Obama administration offers reassurance to foreign banks which have been skittish about doing U.S. dollar transactions with Iran, lawyers and former sanctions officials said on Monday.

Richard Nephew: US non-compliance with Iran deal to undermine use of sanctions

A former US official who led a campaign to construct the global sanctions wall around Iran says if US is viewed as not abiding by its commitments under the nuclear deal, its ability to use such coercive measures as a tool in the the future will be undermined.

Iran says the US Treasury Department has effectively opened the way for non-American banks and financial institutions to proceed with dollar-dominated transactions with Iranians.

On Tuesday, just four days before the start of the 2016 Ironman World Championship, competitors from around the globe were settling in to Hawaii’s heat and humidity. Some took time to relax and enjoy the scenery, while others made sure to get in a pre-race practice swim or ride.

Iranian male and female cyclists have put a convincing end to their campaign at the Asian Cycling Championships (ACC) Track Asia Cup 2016 in Thailand, and taken home four more medals, including a gold.

Millions of Shia Muslims are holding mourning ceremonies worldwide to venerate Tasu’a, the eve of the martyrdom anniversary of Imam Hussein (PBUH), the third Shia Imam.

The Yemeni army and the Houthi Ansarullah movement have warned Washington against further attacks on the war-ravaged nation after the US military carried out cruise missile strikes on the country’s coastal radar sites.

Iraq’s Prime Minister Haider al-Abadi has warned against foreign interference in the country’s internal affairs as the army is gearing up to launch a full-scale offensive to liberate the Daesh-held city of Mosul, the Takfiri group’s last major bastion in the Arab country.

Participants of the international ministerial meeting on Syrian settlement, which was held earlier in the day in Swiss Lausanne, reached consensus on key issues including the necessity to restore the ceasefire, the US Secretary of State John Kerry said Saturday.

According to the Egyptian Foreign Ministry’s spokesman Ahmed Abu Zeid, Lausanne meeting on Syrian crisis has brought no specific results.

Iran has hailed a resolution by the UN heritage body, UNESCO, that denounces Israel’s illegal activities at the al-Aqsa Mosque compound in East Jerusalem al-Quds.