How to ensure the Iran nuclear deal survives the next president

WASHINGTON — With every presidential debate this year, Americans are reminded that the Iran nuclear deal remains as controversial as ever. Iranians, too, are watching the election, dreading the potential consequences for the deal — and for their country’s future.

With only three months before the Obama administration leaves office, the United States and Iran need to work fast to strengthen the deal’s foundations and ensure that the improvement in relations that took place over the course of President Obama’s tenure survives.

Both presidential nominees will most likely increase pressure on Tehran, but they differ on the nuclear deal. Donald J. Trump has denounced it as “one of the worst deals ever negotiated.” Hillary Clinton, on the other hand, played a role in forging it and has pledged to continue its implementation. But she has also vowed to be tough on Iran for its ballistic missile program and its support for terrorism.

Iran is also preparing for presidential elections, scheduled for May. The contenders haven’t yet announced their candidacies, but President Hassan Rouhani, a moderate, is likely to face tough conservative challengers, some of whom opposed negotiations with the Americans and believe he agreed to too many concessions. His opponents say that the deal affords Iran no tangible benefits because, although sanctions have been lifted, the economy has hardly recovered. 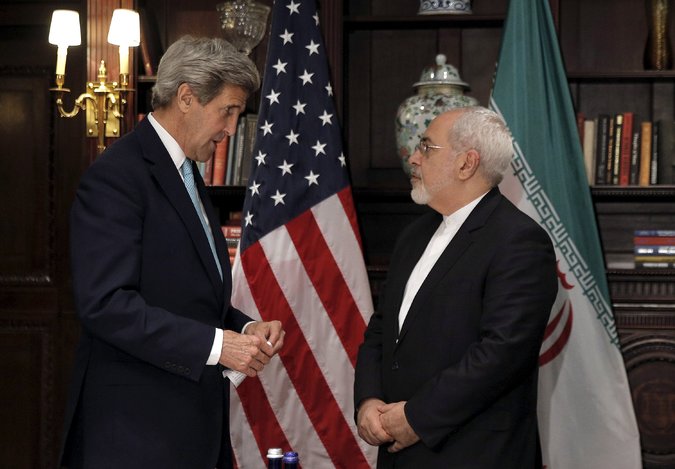 Against this backdrop, the nuclear agreement will enter the second year of implementation in early 2017.

But even now, there are many challenges to Iranian-American relations. Iran has tested the United States by arresting American citizens, continuing its ballistic missile program and conducting cyberattacks against American interests. For its part, the United States Congress has placed obstacles in the way of the deal’s implementation, such as trying to stall the sale of civilian aircraft to Iran. And while the State Department has tried to encourage businesses to re-enter the Iranian market, many remain reluctant because the Treasury Department has been slow to provide clarity on sanctions.

But thanks to open channels of communication between Washington and Tehran, nothing yet has derailed the nuclear deal.

Secretary of State John Kerry and Foreign Minister Javad Zarif of Iran have developed a good working relationship. In January, communication between the two led to the quick release of American sailors who were detained after entering Iranian waters. These channels are one of the greatest achievements of the nuclear talks and key to the deal’s success, allowing two adversaries to finally settle disputes diplomatically. But unless these means of dialogue are sustained, hiccups could turn into bigger crises, ultimately undoing the improvement in relations — and the nuclear deal.

To protect them, the United States and Iran should institutionalize their relationship. The State Department and Iran’s Foreign Ministry should have conversations not just at the highest levels, but across their diplomatic corps. By starting now to move interactions with Iran from top-level political appointees to others within the State Department, the United States can create the building blocks for the next administration.

Another key channel of communication has been between Secretary of Energy Ernest Moniz and Ali Akbar Salehi, the head of the Atomic Energy Organization of Iran. But this, too, will be jeopardized when Mr. Moniz leaves office. Mr. Salehi will remain an important player, but there is no guarantee he will enjoy similarly friendly ties with the next energy secretary. This is why the United States and Iran should work now to establish contact between lower-level officials and technical experts, including between American labs and their Iranian counterparts.

Iran and the United States should also work to tackle long-term challenges. Treasury Secretary Jack Lew met with Valiollah Seif, the head of Iran’s Central Bank, in April, but there is still no formal mechanism for their agencies to talk. Creating one could help ease Iran’s concerns about sanctions relief.

These steps will allow the two countries to identify, clarify and address contentious issues before they turn into crises. Many of these challenges stem from domestic politics, so the two sides must be able to explain their own domestic pressures to each other. This will allow the two capitals to better understand and explain these challenges at home.

This, in turn, will allow Washington and Tehran to strengthen the foundations of the nuclear deal and ensure its longevity. Without formalizing these relationships and ensuring that they can survive changes in government, the deal won’t produce the optimal effect each side seeks: allowing Iran’s economy to recover while ensuring Tehran doesn’t acquire a nuclear weapon.

This article was written by Ariane Tabatabai for The New York Times on Oct. 20, 2016. Ariane Tabatabai is a visiting assistant professor at Georgetown and a senior associate at the Center for Strategic and International Studies.