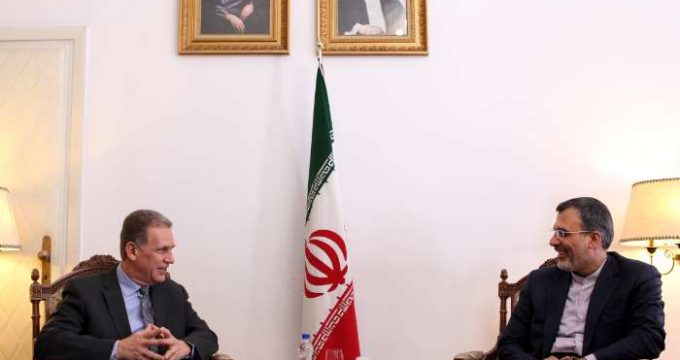 TEHRAN (Tasnim) – A Brazilian deputy foreign minister, in a meeting with his Iranian counterpart, expressed the South American country’s readiness to contribute to the political settlement of crises in the Middle East.

Highlighting Brazil’s close ties with the majority of political actors in West Asia, the visiting diplomat hailed Iran as a major player with geopolitical significance in the region.

He also voiced Brasilia’s readiness to assist in finding political ways out of the conflicts that have beset the Middle East region.

For his part, Jaberi Ansari highlighted the significance that Iran attaches to ties with Brazil, noting that Tehran is open for mutual consultations on regional and international issues.

He also warned certain countries that the threat of terrorism is not confined to a specific region and will boomerang on its supporters.

Iran maintains that military approaches to regional crises, such as the conflicts in Syria, Yemen or Iraq, will only complicate the situation, and calls for political solutions involving national dialogue and cessation of hostilities.