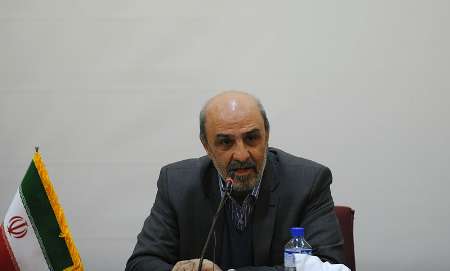 Iranian Minister of Sports and Youth Affairs Mahmoud Goudarzi has stepped down after more than three years in office, a ministry official says.

The ministry’s director general for public relations and information, Mazyar Nazemi, told IRNA on Tuesday that Goudarzi has announced his resignation in a meeting with his deputies.

Goudarzi won the Iranian parliament’s vote of confidence in November 2013 as President Hassan Rouhani’s fourth nominee for the Ministry of Sports and Youth Affairs after securing 199 votes out of the total 267 votes cast. Some 44 lawmakers voted against him and 24 others abstained.

The parliamentarians had previously given vote of no confidence to Massoud Soltanifar, Salehi Amiri and Nasrollah Sajjadi.

Meanwhile, there are reports that Iranian Minister of Culture and Islamic Guidance Ali Jannati has also resigned.

According to Fars News Agency, Jannati tendered his resignation on Tuesday after serving as minister for over three years.

Jannati was chosen the culture minister after he won the parliament’s confidence vote with 234 votes in favor, 36 against and 12 abstentions.

The president’s advisor on cultural affairs, Hessamoddin Ashena, is a likely nominee to temporarily lead the ministry while Salehi Amiri is also being touted as a candidate for caretaker.