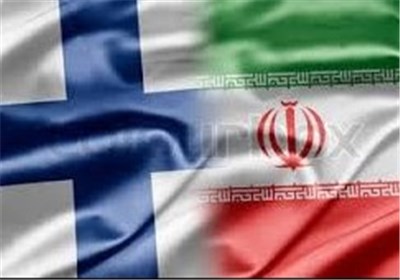 TEHRAN (Tasnim) – Finland’s President Sauli Niinisto and Bosnia and Herzegovina’s President Bakir Izetbegovic are scheduled to pay separate visits to Iran in the near future.

Heading high ranking delegations, Niinisto and Izetbegovic are expected to travel to Tehran not in the too distant future to hold talks with senior Iranian officials on the expansion of bilateral ties as well as regional and international issues.

The exact timing of the two European presidents’ visit to the Iranian capital is not set yet, but reports suggest that they will arrive in the country in the first half of the coming month.

They will also review former agreements reached between their countries and Iran during joint economic commissions.

Earlier in January, Iranian Foreign Minister Zarif met Niinisto on the sidelines of the annual meeting of the World Economic Forum (WEF) in Switzerland’s Davos and explored avenues for the expansion of bilateral relations.

Also, the Iranian minister held talks with Bosnia and Herzegovina’s new ambassador to Iran in December, and stressed the need for the expansion of bilateral relations in light of a lasting nuclear deal recently finalized between Tehran and six world powers.

Iran and the Group 5+1 (Russia, China, the US, Britain, France and Germany) on July 14 reached a conclusion on the lasting nuclear agreement that would terminate all sanctions imposed on Tehran over its nuclear energy program after coming into force.