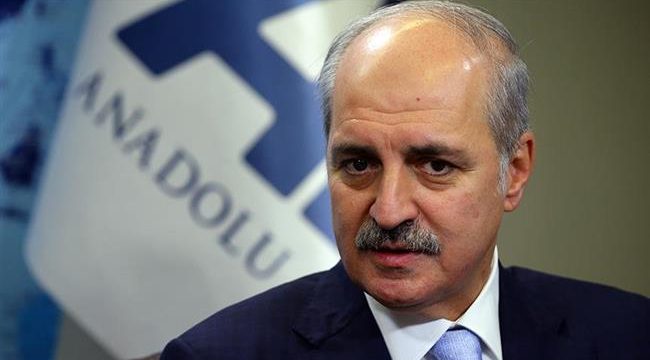 Turkey: Troops in Iraq to stay as long as needed

A top Turkish official says the country’s military forces will continue their presence in northern Iraq regardless of Baghdad’s repeated protests and escalating tensions between the two neighbors.

“Turkey’s presence in Bashiqa (military camp) is legitimate. We will continue our presence there as long as it is needed,” Deputy Prime Minister Numan Kurtulmus said on Wednesday.

He alleged that Turkey’s deployment of troops in the camp, located roughly 12 kilometers northeast of Mosul, is meant to support the residents of the Daesh-held city.

Turkish troops were ready to take part in an Iraqi operation to retake Mosul from Daesh terrorists, Kurtulmus said as he warned against the participation of Syrian Kurdish fighters in the operation.

Ankara, he said, seeks to prevent the Mosul battle from turning into a “sectarian one” and causing “blood and fire” in the Middle East.

The comments came only hours after Abadi took to his Twitter account to brush aside Erdogan’s earlier remarks that Turkish forces must play a role in the Mosul operation.

His strong-worded remarks came after Erdogan snubbed Abadi’s criticism of Turkish troops on the Iraqi soil.

“You are not at my level. It’s not important at all how you shout from Iraq. You should know that we will do what we want to do. Know your place first,” the Turkish president told in remarks addressed to Abadi.

The Iraqi government criticized Erdogan’s “irresponsible” remarks, with the Iraqi premier’s spokesman Saad al-Hadithi saying that the Turkish leader was “pouring oil on the fire.”

Mosul, which is Iraq’s second-largest city and the main stronghold of Daesh terrorists, fell in 2014. The Iraqi army and pro-government forces have been preparing for months for the final assault to recapture the city.