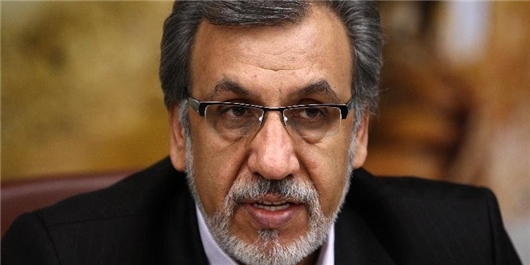 Mahmoud Reza Khavari is former chief of Melli Bank of Iran, a suspect in a 2011 embezzlement scandal. He escaped to Canada shortly before an arrest warrant was out.

‘The red status of Khavari has not been eliminated and it is still enforceable in the main system of Interpol,’ Brigadier General Rezvani said.

He noted that when Khavari moves a third country from Canada the police of that country should stop him and inform Interpol of the same.

Khavari, who has been a dual Iranian-Canadian citizen since 2005, left Iran in September 2011 as prosecutors in Tehran announced they wanted to question him in connection with a $2.6-billion embezzlement scandal. Iran has so far arrested and tried tens of suspects over a $2.6 billion bank corruption which was described as Iran’s biggest case of embezzlement ever. Iran does not recognize dual citizenship.

‘The refusal to extradite Khavari is one of the biggest transgressions and hostilities of Canada towards Iran since Canada should have extradited Khavari to Iran based on the international laws pertaining to the extradition of criminals, but it didn’t and this is a crime in itself,’ Zohreh Tabibzadeh, an Iranian lawmaker, said in 2012.