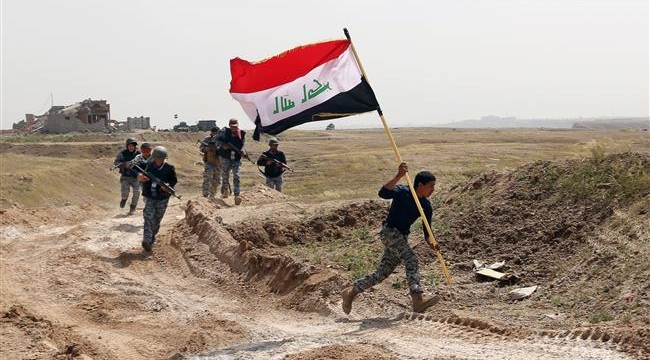 Iraqi government forces have launched an offensive in the beleaguered western province of Anbar, and managed to liberate a region there from the grip of the Takfiri Daesh terrorist group.

Major General Ismail al-Mahlawi, the head of the Anbar Operations Command, told Arabic-language al-Sumaria television network on Tuesday that Iraqi forces established full control over Jazirah Hit region, which lies north of the city of Hit and about 140 kilometers (85 miles) west of the capital Baghdad, after Daesh members did not resist and fled away from the area.

Elsewhere in the town of al-Ubaidi, government forces destroyed a bomb-making workshop as well as a fuel station belonging to Takfiri militants.

In another development, a child lost his life and nine other people sustained injuries when a roadside bomb targeted civilians fleeing from the city of Hawija in the northern province of Kirkuk.

Iraqi army soldiers and fighters from allied Popular Mobilization Units are trying to win back militant-held regions in joint operations.