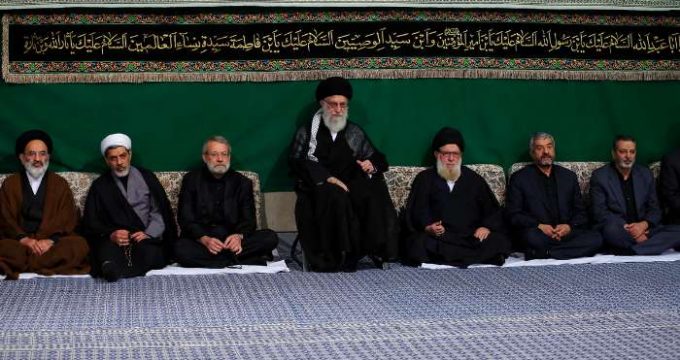 People from various walks of life and senior Iranian officials were present in the ceremony, where eulogists chanted tragic songs on the occasion.

Imam Hossein (PBUH) was martyred in the 680 A.D. battle fought on the plains outside Karbala, a city in modern Iraq that’s home to the Imam’s holy shrine.

In the battle, Imam Hossein (PBUH) was decapitated and his body mutilated by Yazid’s armies. All of Imam Hossein’s male family members, relatives, friends, soldiers who all together formed a 72-member army were beheaded in an unequal war with a 30,000-strong army of the enemy in the desert of Karbala.

The occasion is the source of an enduring moral lesson for the Shias.