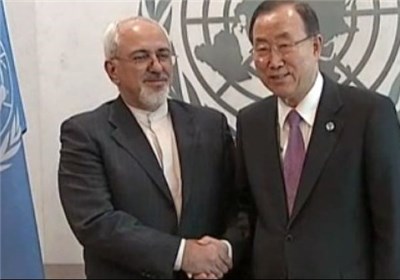 TEHRAN (Tasnim) – Iran’s foreign minister notified the United Nations of Tehran’s readiness to supply humanitarian aid to the people of Yemen and transfer the injured Yemenis to Iran for treatment after a “catastrophic” Saudi airstrike on civilians in Sana’a.

In a letter to UN Secretary-General Ban Ki-moon, sent by Iran’s ambassador to the UN, Foreign Minister Mohammad Javad Zarif condemned the Saudi airstrike that killed scores of Yemeni people in Sana’a on Saturday as a horrible and catastrophic attack.

Zarif also noted that the aerial attack, which a UN official said has killed and wounded 640 civilians, was one of thousands of Saudi offensives that have been butchering Yemeni women and children over the past one-and-a-half-year of Riyadh-led military aggression.

“Not only Saudi Arabia, but also those who have supported the Saudi-led coalition’s aggression against the people of Yemen are held accountable for the war crimes in Yemen over the past year and a half,” he said.

The top Iranian diplomat further said that Iran’s Red Crescent Society is prepared to provide humanitarian aid, including medical help, for Yemen and take those injured in the attack to Iranian hospitals for treatment.

Over 140 people were killed and over 525 wounded on Saturday, when the Saudi airstrike hit a community hall in southern Sana’a, where a funeral for the father of Interior Minister Jalal al-Roweishan was being held.

The Saudi missiles tore through the hall with hundreds of body parts left strewn in and outside the building.

Sana’a Mayor Abdel Qader Hilal was reported to be among the victims of Saturday’s assault.