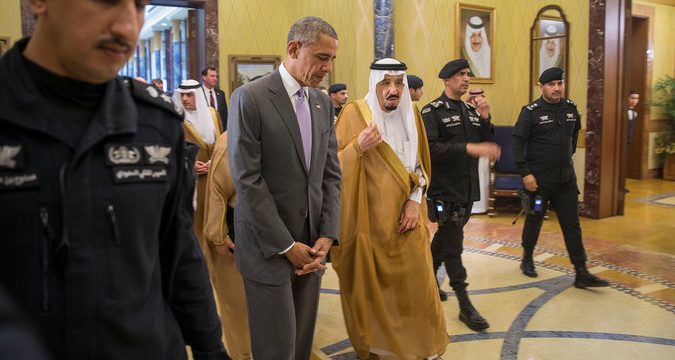 Obama’s legacy in the Middle East

October 9, The Iran Project – Barack Obama’s 8 years of presidency is coming to an end and US presidential elections will be held soon. In this condition, taking a look at the Middle East situation, which was one of the main priorities of Obama’s foreign policy, can be a criterion for evaluating the performance of Obama and his cabinet.

Syria: collapsing the dream of Syria disintegration and Israel’s security

Ayatollah Khamenei’s serious threats stopped US president from direct intervention in Syria, and then Russia’s powerful presence in this country prevented him from implementing other strategies. The case No-fly zone was closed in Obama’s term and won’t be raised again with the new Russian air defense equipment in Syria.

Having fully supported Saudi Arabia’s military operations in Yemen, Obama was trying to control one of the world’s most important waterways – the Bab Al Mandeb Strait. Bab Al Mandeb is one of the significant straits and the US did not want the waterway to be under the control of those who are close to Iran and resistance.

Although, Saudi Arabia is continuing with its relentless aerial bombardment of the impoverished َArab country, the strategy of Saudis. and the US – their  supporter – is clearly failed. Houthis have entered Saudi territory and even took control of its sea border, its clear example is hitting a vessel operated by the United Arab Emirates military.

T hough Obama did not start the Iraq war, he promised to withdraw US troops from Iraq. But his promise was not fully realized yet, and with the withdrawal of many US forces, things only worsened and caused the militia’s unwanted presence in Iraq.

On the other hand, ISIS presence in Iraq and the US failure in supporting Kurds and Iraqi government, led to Iran’s strong presence in the country so that Kurds said if Iran did not help us, we could not resist against Daesh.

President George W. Bush’s legacy in Afghanistan has also involved Obama who promised to withdraw US forces from Afghanistan, but his promise was not realized again.

Besides, Taliban took power again and a few days ago, Taliban forces captured the northern city of Kunduz for the second time. It seems that Obama’s strategy in training Afghan forces was not successful, and even some of the troops who had gone to America for training, decided to stay there.

If this article was written last year, Obama’s policy in curbing’s Iran nuclear program would be considered as successful, but after a year of signing the nuclear deal with Iran, the US position did not change as it was expected.

Iranian President Hassan Rouhani has recently criticized US non-commitment to the nuclear deal and the public opinion further accredited the view of the Supreme Leader Ayatollah Ali Khameni who initially expressed concern that the United States may fall short on its obligations in the nuclear deal.

Obama’s opponents in the US have also claimed that the nuclear deal was an opportunity for Iran to strengthen itself and had no special achievement for America.

Of course, Obama’s policy in Latin America and building relations with Cuba is almost successful because despite the anti-American spirit in these countries, not having a country as the flag-bearer of opposition to America may lead to Obama’s success. The success which will record his name in history due to the revival of relations with Cuba.