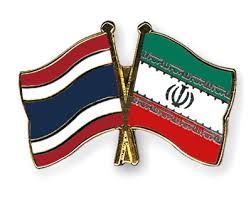 TEHRAN (FNA)- Iranian President Hassan Rouhani and Thai Prime Minister Prayut Chan-o-cha in a meeting in Bangkok on Sunday underlined the need for collective campaign against terrorists by all the world states.

“Terrorism, violence and extremism are global problems and fighting against them requires cooperation among all countries. We should pay attention to the intellectual and cultural roots of this problem and efforts should focus on taking out these roots,” President Rouhani said.

Prayut, for his part, lauded Iran’s regional and international efforts and policies to strengthen peace and stability, and said, “I fully agree with your approach on terrorism. Terrorism is a global issue and we should fight against its roots before making any other move.”

Elsewhere in the meeting, President Rouhani said that there is no impediment to the expansion of ties with Bangkok, and added that the level of economic transactions between the two countries can double by implementing the past agreements and common plans.

In relevant remarks in September, President Rouhani in a meeting with French Parliament Speaker Claude Bartolone in Tehran underlined that all-out efforts by all countries is needed to uproot terrorism in the world.

“In addition to coordinated military campaign against terrorism, the states must initiate cultural campaign and also prevent the youth not to fall into the trap of the terrorist groups,” President Rouhani said.

The Iranian president said that as victim of terrorism Iran is well aware of the magnitude of the threat of the dirty phenomenon of terrorism, adding, “At the same time France has well understood the momentous issue due to the terrorist attacks over the past several months.”