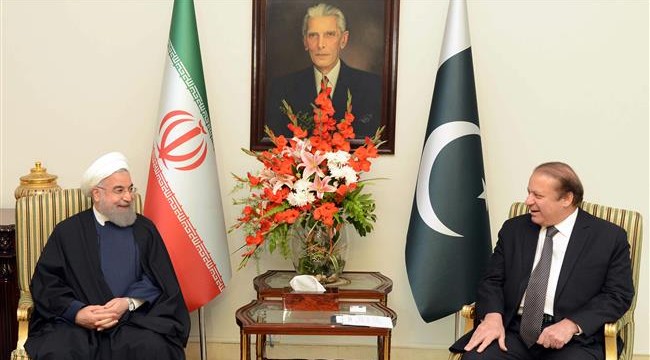 Soon after Iran’s willingness and capacities to participate in different projects of China-Pakistan Economic Corridor (CPEC) was raised in a recent meeting between President Rouahni and his Pakistani counterpart Nawaz Sharif in New York, Iran’s envoy to Pakistan has begun paving the way for Tehran to play its active role in CPEC.

In a meeting between Iran Ambassador to Islamabad Mehdi Honardoost and CPEC Projects Director Zahir Shah, both sides discussed those fields and areas in which Iran would be able to participate and play a role in completing the biggest ever joint economic project between Pakistan and China; a project that Pakistan has also asked Iran to join while completed, IRNA reported.

The ambassador also stressed that Iran is ready to meet the energy needs of Pakistan including natural gas and electricity, which is crucially important for Islamabad to move faster on completion of China-Pakistan Economic Corridor.

In the meeting, Zahir Shah praised Iran’s willingness and readiness to participate in the projects and emphasised the importance of cooperation between Tehran and Islamabad in different fields.