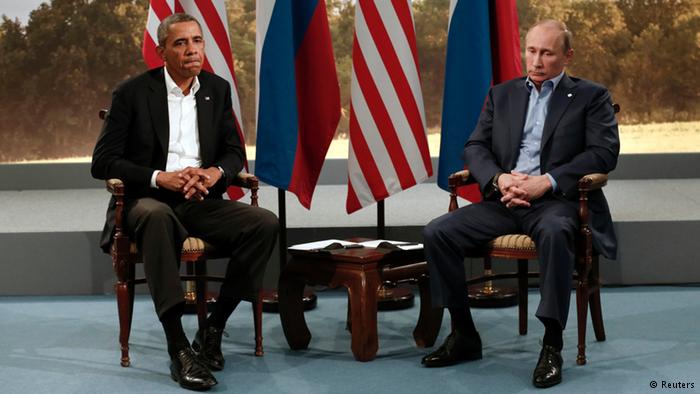 Alwaght- Russian actions in Syria have practically signaled an end to a US-dominated uni-polar world and Washington must now accept multi-polar world which Moscow plays a crucial role.

After the US suspended all Syria ceasefire talks with Russia amid reports that Washington planned to destroy the Syrian Air Force, Moscow decided to deploy S-300 anti-air missile system in Syria. The deployment was accompanied with a stern warning to the US that any attack on Syrian Air Force would endanger Russian forces in the country.

Russia also has S-400 missile defense systems at Khmeimim base that were placed there after Turkey downed a Russian SU-24 jet in November 2015.

This in effect means that Russia is ready to directly confront US aggression against Syria. Elsewhere, two Russian vessels will join up with Russia’s permanent naval fleet in the Mediterranean Sea, where they will assist in the military operation against ISIS terrorists in Syria. “It is planned that the Serpukhov and the Zeleny Dol will go to the Mediterranean as part of a planned rotation that will join up with the permanent naval task force,” Russian Navy representative Nikolay Voskresensky told journalists. In September, the Russian Navy announced that the Admiral Kuznetsov aircraft carrier would be joining up with the country’s naval group operating in the eastern Mediterranean as well.

Also on Friday, the lower house of the Russian parliament (the State Duma) has ratified an agreement allowing the country’s Air Force to stay in Syria on an unlimited basis. Combatting terrorism is cited as one of the key goals.

The ballot took place on Friday with all 446 legislators voting in favor of the agreement, which will be applied “for an unlimited period and is timely applied from the date of its signing.” The deal states that the Russian Air Force is stationed at the Khmeimim airport in Latakia at the request of the Syrian government.

Meanwhile, Russia also this week announced the suspension of cooperation with the US in the nuclear and energy sectors. In a written statement the Kremlin said Washington violated the agreement by imposing sanctions on Russia over Ukraine.

After Russian President Vladimir Putin decreed that his country was suspending implementation of the agreement with the US on disposal of weapons-grade plutonium, questions were raised whether this was related to the breakdown of cooperation on Syria. The second question was why Russia, knowing that the United States was not fulfilling its side of the deal, responded only after several years.

Although Putin has withdrawn Russia from the reprocessing agreement, he announced that it could be restarted, under certain conditions.

The swift response by Russia to US threats has resulted in a hasty retreat by officials in Washington.

US Secretary of State John Kerry discussed the situation in Syria with Russian Foreign Minister Sergei Lavrov on Wednesday, less than 48 hours after the State Department announced a suspension in “bilateral channels with Russia” due to differences over Syria.

The Wednesday phone call between the two diplomats, first disclosed by the Russian Foreign Ministry. Some in Washington said Kerry’s hastiness  indicates the US was already backtracking on its threat to cut off ties with Moscow.

“The two ministers exchanged views on the Syrian settlement,” the ministry said. “The Russian side noted the need to fully eradicate the terrorist threat on Syrian territory with simultaneous efforts to consolidate the cessation of hostilities, solve humanitarian problems and promote the political settlement of the Syrian conflict.”

Lavrov and Steinmeier expressed the two sides’ readiness to consider proposals of UN Secretary General’s envoy for Syria Staffan de Mistura on alleviating the situation in Aleppo relying on the existing UN Security Council resolutions and decisions of the International Syria Support Group.

Sources say Steinmeier is mediating between Moscow and Washington following disagreements over Syria. Apparently the US is not ready to be seen as retreating from its position regarding Syria especially during this elections season.

US must Accept Reality of Multi-Polar World

The US must accept the reality of a new multi-polar world, where Russia, China and other merging powers including Iran play an important role.

These three countries have in recent years played a major role on the global arena in various sectors including energy supply, the type of currency used in trade, defense and war on terrorism. The US has tried to curtail the rise of Moscow, Beijing and Tehran with the objective of stopping the emergence of a multi-polar world while prolonging its hegemonic two-decade-old uni-polar world.

The conflict in Syria, in which Russia and Iran are on one side confronting the US and its allies, is signaling the weakening of US imperialism and emergence of multi-polar world where all nations are involved in managing international affairs.