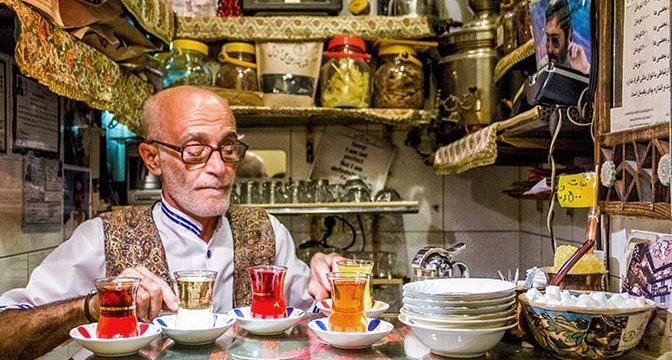 A tea house in Tehran has claimed the title of the world’s smallest, the Hamshahri online newspaper reported.

A tea house in Tehran has been recognized as the smallest in the world in Iran’s list of objects of cultural heritage, the Iranian Hamshahri online newspaper reported.

The unusual shop is located on territory of less than two meters on Tehran’s Grand Bazaar, one of the world’s largest and oldest bazaars. The tea house is called Haj Ali Darvish and is owned by Kazem Mabhutyan, who offers customers a wide range of herbal teas and advice about their healing properties. 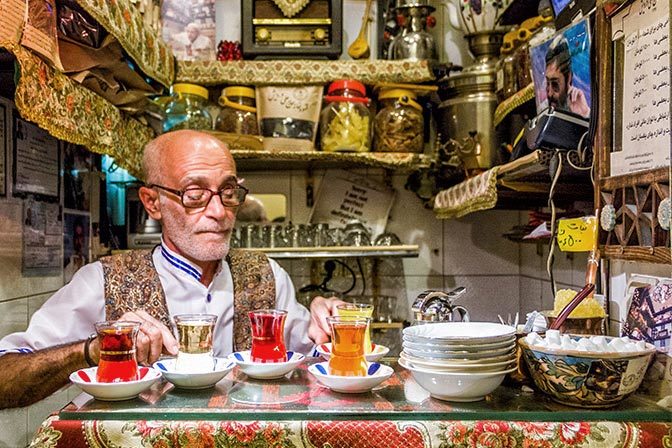 Kazem took over the business from his father, Haj Ali Mabhutyan. He bought the tea house in 1962 from Haj Mohammad Hasan Shamshiri, who had first set up the business in 1919. Kazem told Hamshahri that decades ago, prior to the 1979 Iranian revolution, the tea house provided tea for many of the shops at the bazaar. Since then, however, people working at the bazaar began to prepare tea themselves.

However, that has not stopped the shop from thriving at the bazaar. Kazem serves a steady stream of tourists to the world’s smallest tea house, and has made business cards in English for them to take away as mementos. Customers can also leave a message in the visitors’ book, and everybody who drinks some tea there is presented with a souvenir. کوچک ترین قهوه خانه دنیا در بازار تهران، میزبان شما با خوش طعم ترین چای دنیا https://t.co/zwDHmOqvmL pic.twitter.com/GyRjxxGUje — Siamak Ahadi (@siamakahadi) 3 августа 2016 г. Kojara.com has published over a dozen photos of Haj Ali Darvish and Tehran’s Grand Bazaar.