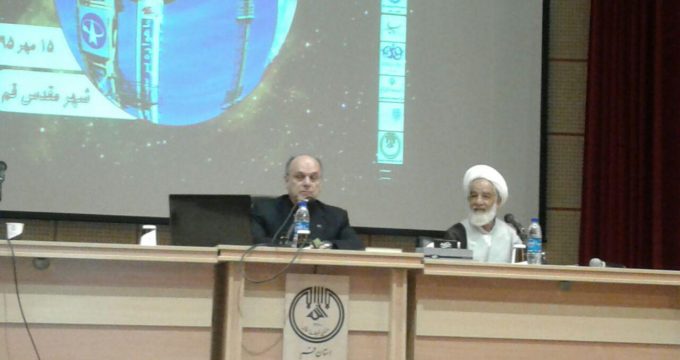 October 8, The Iran Project – At the conference of ‘Space in Qur’an’s View’, Qom Seminary has explained Quranic verses about the space and their role in the development of astronomy and space science in Islamic civilization and contemporary world.

Addressing the conference, Head of the Iranian Space Agency Mohsen Bahrami referred to the ISA’s achievements and future plans for the implementation of spatial development document.

Bahrami announced that Iran will launch three domestically-built satellites (SharifSat ,  AmirKabir, and Zafar) into orbit by the end of next Iranian year (started March 20).

Saying Iran should have more cultural presence in the space, he stressed that we should prove ourselves as Iranian and Muslim.

He went on to say that before the Islamic revolution, Iran’s aerospace activities were just limited to repairing and maintaining the equipment, but after the revolution, drone and missile industries are so advanced that today they are totally indigenous.

The conference of ‘Space in Qur’an’s View’ was held on Friday in the Islamic Development Organization of Qom province with the participation of scholars, students and those interested in space science.