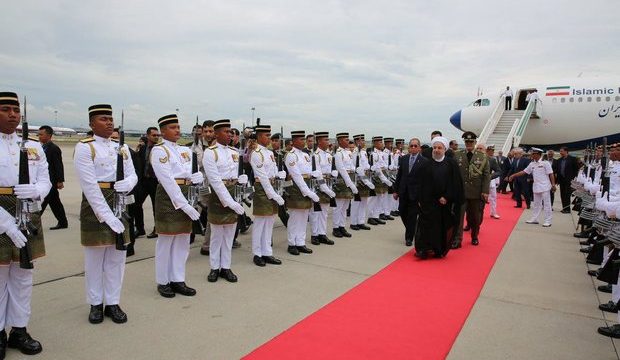 Leading a high ranking political and economic delegation, President Rouhani kicked off first leg of his regional tour to Southeast Asia with Vietnam on Oct. 5.

Iranian president expressed satisfaction with his trip to Vietnam, saying the descisions made by the two countries will open a new chapter in Tehran-Hanoi relations.

President Rouhani will meet with Malaysian Prime Minister Najib Razak Tun and other high-ranking officials and hold talks on bilateral relations, including in the areas of economic and industrial cooperation during his stay in Kuala Lumpur.