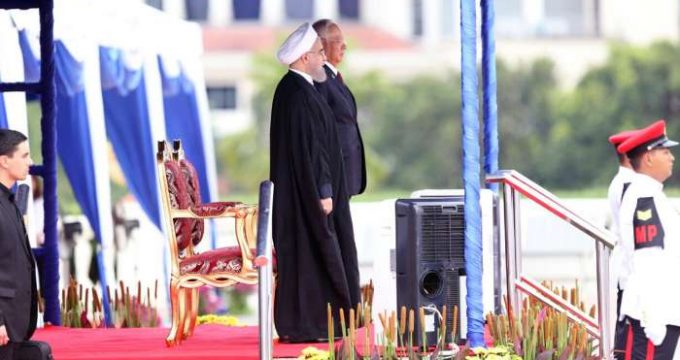 During the official welcoming ceremony, Malaysian national anthem was played and then the two officials started private talks.

Later, they will attend a news conference in the Malaysian city.

Rouhani arrived in Malaysia from Vietnam on Friday on the second leg of his regional tour to South-East Asian nations which will also take him to Thailand later.

Rouhani will confer with Malaysian Parliament Speaker Amin Haji Mulia and address Iranian expatriates involved in scientific, academic and commercial areas are among the programs on the second day of Rouhani’s visit to the country in Kuala Lumpur.