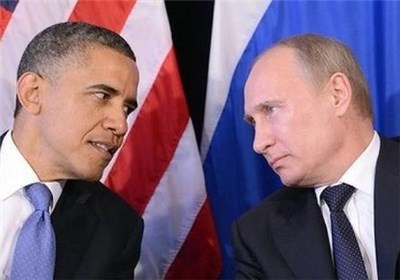 Proxy wars escalating as Russia, US suspend cooperation in Syria

Finally, after several days of threats and tug of war between American and Russian officials, which had increased tensions between the two sides, US Secretary of State John Kerry ordered consultations and cooperation between Washington and Moscow over the crisis in Syria be put on hold. To explain the reason, Washington claimed that Moscow has not been committed to its obligations, adding that Russian bomber planes have been involved in bombarding the Syrian city of Aleppo. On the opposite side, Russia introduced the United States as the responsible for the disorderly situation in Syria, saying that the United States is also accountable for the failure of the ceasefire, which had been declared in Syria quite recently. Perhaps, the most important reason behind increasing discord between Russia and the United States is that Russia and Iran, on the one hand, and West, Turkey and Arab countries, on the other hand, seek to achieve different goals in Syria.

During the five years that have passed since the beginning of the crisis in Syria, Iran and Russia have been the most important backers of the Syrian President Bashar Assad. During this period, the main goal pursued by supporters of the Syrian government has been reclaiming those regions, which have been occupied by terrorist groups, and restoring total sovereign power to Assad. On the other hand, the opposite side has been trying to topple Bashar Assad and replace his government with a new government according to its own will. Involvement of different actors in Syria had also caused this crisis to rise from a national issue first into a regional issue and then an international one. Nonetheless, the fact that has been proven during the time that Syria’s crisis has been going on is that none of the parties to the crisis is able to eliminate the opposite party. As a result, all parties to the crisis in Syria have been doing their utmost to find a way out of the deadlock. As a result, Russia and the United States started negotiations in March in order to get Syria out of its current critical situation, define the coordinates of a transition period, and also make way for the so-called moderate opposition groups, along with a portion of the Syrian government, to form the new government of the Arab country. Although the United States and Russia came up with relatively similar definitions of the way out of the deadlock, these actors, along with their allies, had serious differences on how to go that way. On the one hand, the United States, along with Turkey and Saudi Arabia, considered many opposition groups in Syria as being moderate, and for this reason, they continued to support them despite the ceasefire. However, Russia, along with Tehran and Damascus, believed in no difference between these opposition groups and terrorist ones and also believed that supporting these groups would amount to supporting terrorism. As a result of this issue and amid the ceasefire over which Washington and Moscow had agreed, the situation shifted toward escalation of differences instead of more cooperation. Finally, the situation got so worse that the ceasefire had practically lost its meaning. On the other hand, the opposition groups that are being supported by the United States found the ceasefire as an opportunity to regroup and rearm, as a result of which, some actors, who are opposed to Bashar Assad, reached the conclusion that these groups can change the equation in Syria in favor of the United States and its allies. Faced with this approach, Russia and its allies have been doing their best to recapture the eastern part of the city of Aleppo in order to clear the way for recapturing more regions in Syria because Aleppo is an important variable in Syria’s developments and recapturing it will not only tilt the balance toward them, but also provide the ground for starting a new round of political negotiations.

In fact, suspension of negotiations between Russia and the United States does not mean an end to political talks, because both the United States and Russia are trying to boost their influence in the Arab country through what they hold there, and then have the upper hand in any possible future negotiations. However, further escalation of differences between Russia and the United States over Syria and suspension of their political and military cooperation in this regard will only help boost those warmongering groups and persons, who do not believe in a political solution for the crisis in Syria. Of course, this does not mean that the United States would be willing to enter into a full-fledged war in the last months of President Barack Obama’s term in office. Obama entered the White House with the motto of opposing military conflicts and his entry into a war now would be violation of that motto. On the other hand, the United States has learned a lesson in Iraq and does not want to see in Syria a repetition of what it already suffered in Iraq. In doing this, perhaps, the United States would be willing to boost its activities on a limited scale in the northern part of Syria where Turkey’s military forces are present. On the other hand, in order to counteract the attacks on the US-backed opposition groups by Russia and the Syrian army, the United States is sure to ratchet up its support for them. In fact, the final outcome of intensification of differences between Russia and the United States in Syria could be nothing but further escalation of conflicts and proxy wars in the Arab country. At present, all involved parties are trying to boost their influence in Syria one way or another in a bid to push back the opposite side. Under these conditions, suspension of the cooperation between Russia and the United States in Syria has caused some analysts to believe that in order to solve the Syria’s equation the United States will finally shift toward Iran. I, however, don’t believe this, because even if the United States were willing to do this, Iran would not give a positive answer. This is true because even before presence of Russians in Syria, Iran had said no to the United States’ overtures in this regard and had repeated that negative answer over the past months. At present, Tehran and Moscow are in some sort of unwritten and almost strategic collaboration over Syria. Tehran and Moscow have relatively similar views with regard to this issue and in some areas the viewpoints that exist in Iran about the issue of Syria are even more categorical than their Russian counterparts.