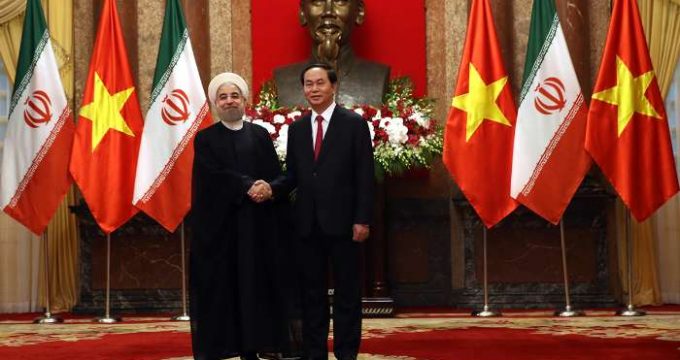 On President Rouhani’s itinerary in his visit to Vietnam are an array of high-ranking joint meetings and signing of cooperation documents.

President Rouhani arrived in Hanoi on Wednesday (Oct 5) leading a high ranking political and economic delegation on the first leg of his regional tour to South-East Asian Nations which will later take him to Malaysia and Thailand respectively.

The foreign ministers of the two countries are to hold negotiators following the meeting of the Iranian and Vietnamese presidents.

After meeting with the Vietnamese officials, the Iranian President will leave Hanoi for Kuala Lumpur, Malaysia.