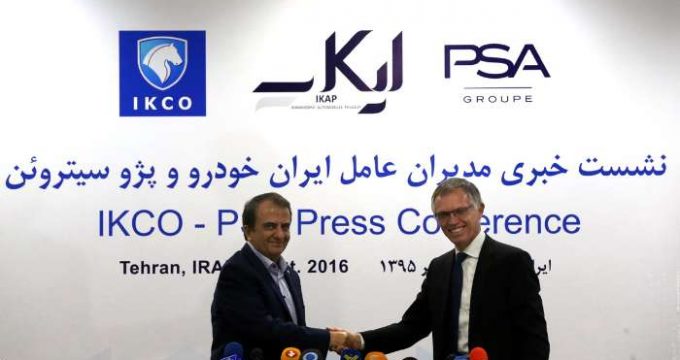 “Iran is central to the implementation of the strategic growth plan of the PSA group,” PSA Chairman Carlos Tavares told reporters during a visit to the company’s local partner, Iran Khodro.

Tavares also added that his company aims to reach 200,000 units by 2021, adding that PSA hopes it would be able to meet the Iranian government’s wish of exporting 30 percent of the production.

“Iran is going to be the number one sourcing base for this region,” said Tavares, reiterating PSA’s goal of selling a million units across the Middle East by 2025.

“When we reach that number in 2025, 75 percent of this production will be produced in the region… and of course Iran will be the number one producer,” he added, as quoted by AFP.

Tavares’ trip to Tehran is believed to have already cemented a 400-million-euro ($448-million) deal signed in June for the PSA and Iran Khodro to resume their old partnership, which was cut short by international sanctions in 2012.

The deal created Iran Khodro Automobiles Peugeot (IKAP) which plans to produce three vehicle types, starting in 2017 with the small urban 4×4 Peugeot 2008. The mid-size 301 and small five-door 208 will follow shortly after.

The PSA chief further emphasized that his company was a victim of the sanctions that were imposed against Iran, which was the company’s second-biggest market by volume after France.

“We also were prevented from doing what we wanted,” AFP further quoted him as saying.