A Look at Iranian Newspaper Front Pages on October 4

Newspapers on Tuesday covered the German Economy Minister Sigmar Gabriel’s visit to Tehran and the Memorandums of Understanding (MoUs) signed between the German and Iranian officials.

They also highlighted the issue of genetically-modified products being imported into Iran, and the lobbies to lift the ban in the Iranian Parliament.

A decision by Russian President Vladimir Putin to suspend a nuclear pact with the US also received great coverage today.

1- UN’s Call for an End to Aleppo Hell

3- Over 500 ISIS Elements Killed in Mosul during September 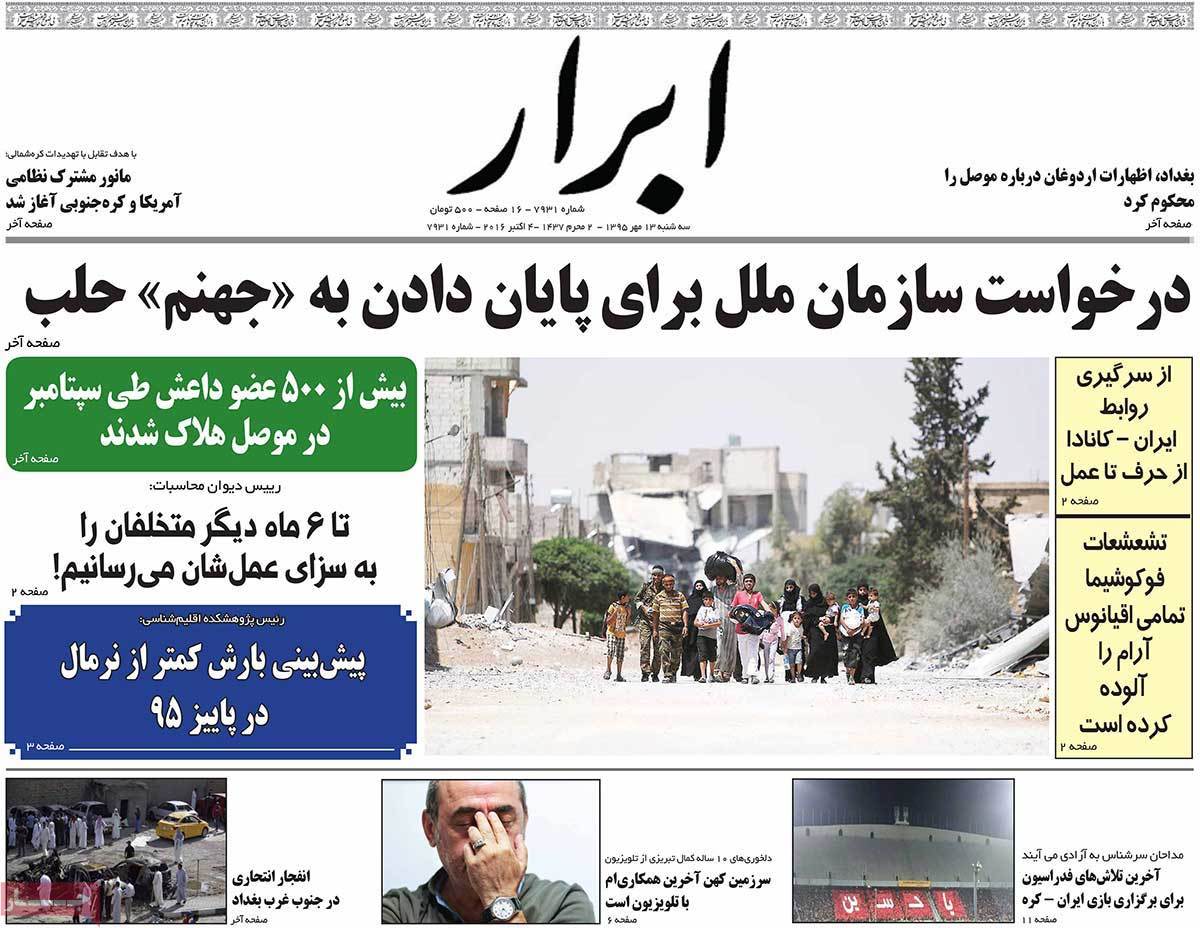 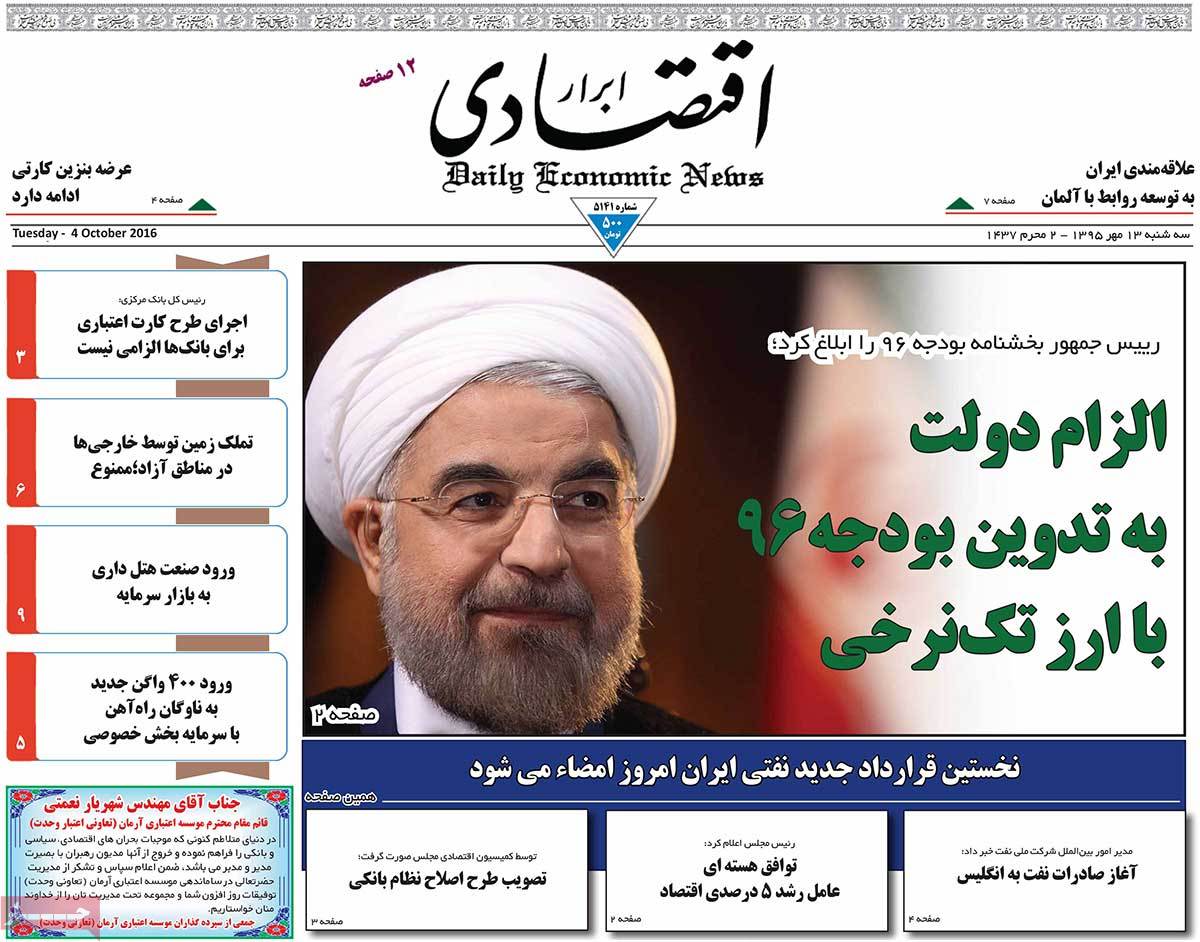 1- Larijani: West Is Playing with Terrorism instead of Fighting It

2- Ex-PM of Sweden Meets with Zarif

3- Judiciary Chief: No One Likes and Defends Death Penalty 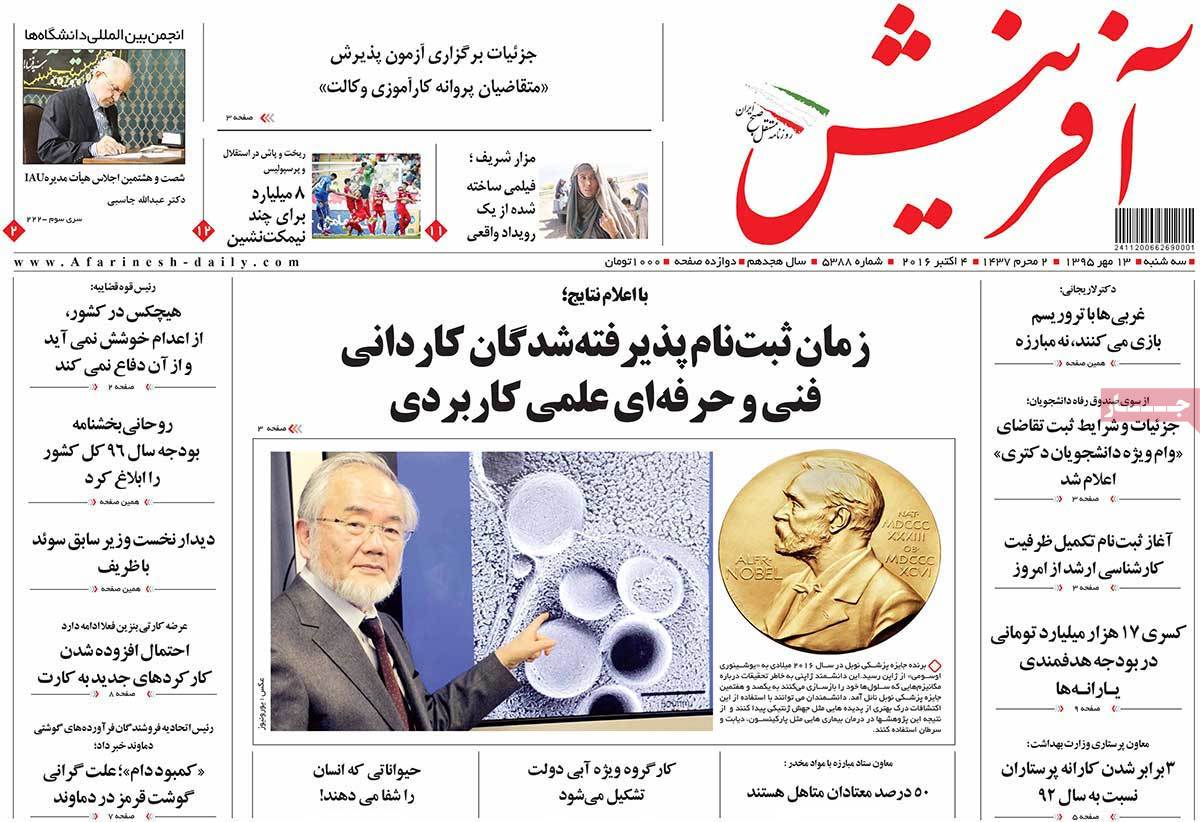 1- Judiciary Chief: If I Were in Government’s Shoes, I Wouldn’t Let German Economy Minister Come to Iran 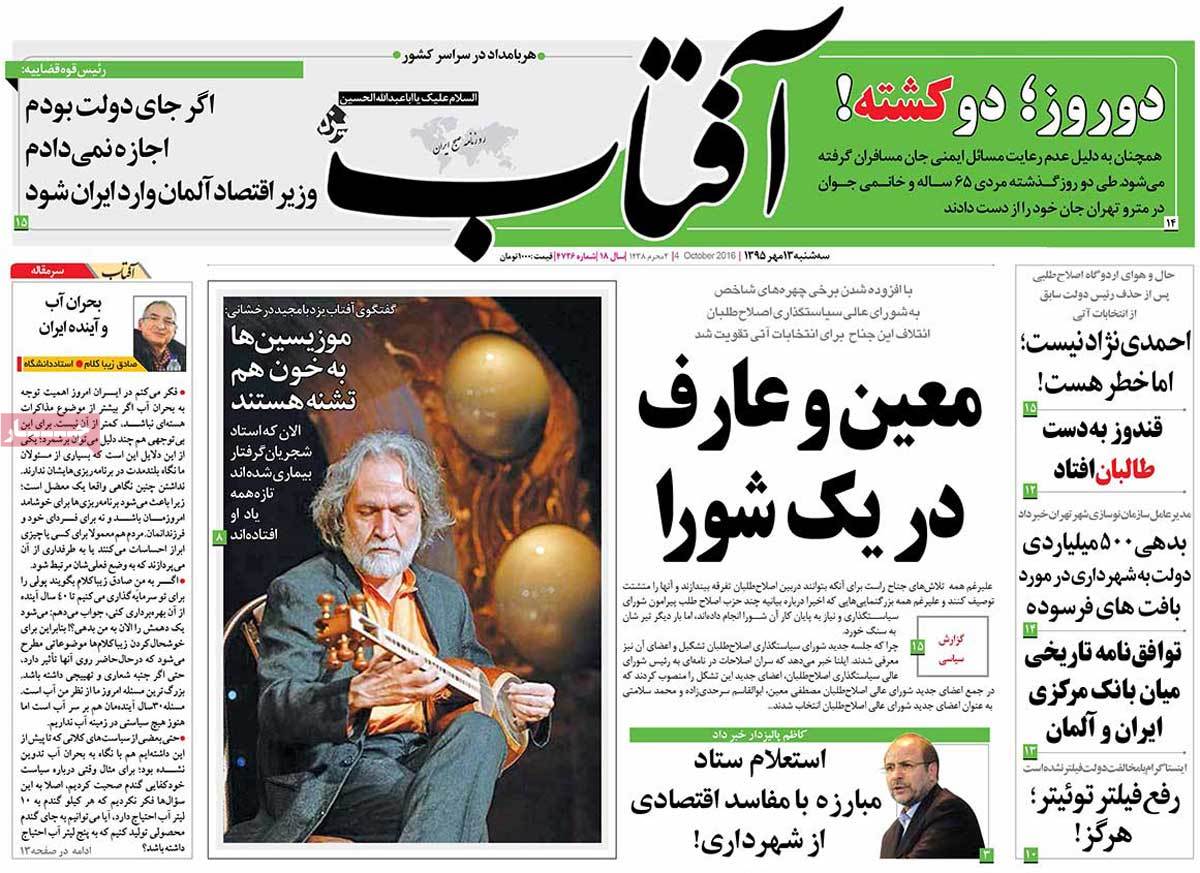 1- Al Monitor: Rouhani’s Visit to New York Was Successful, But Why Was He Attacked by Opponents? 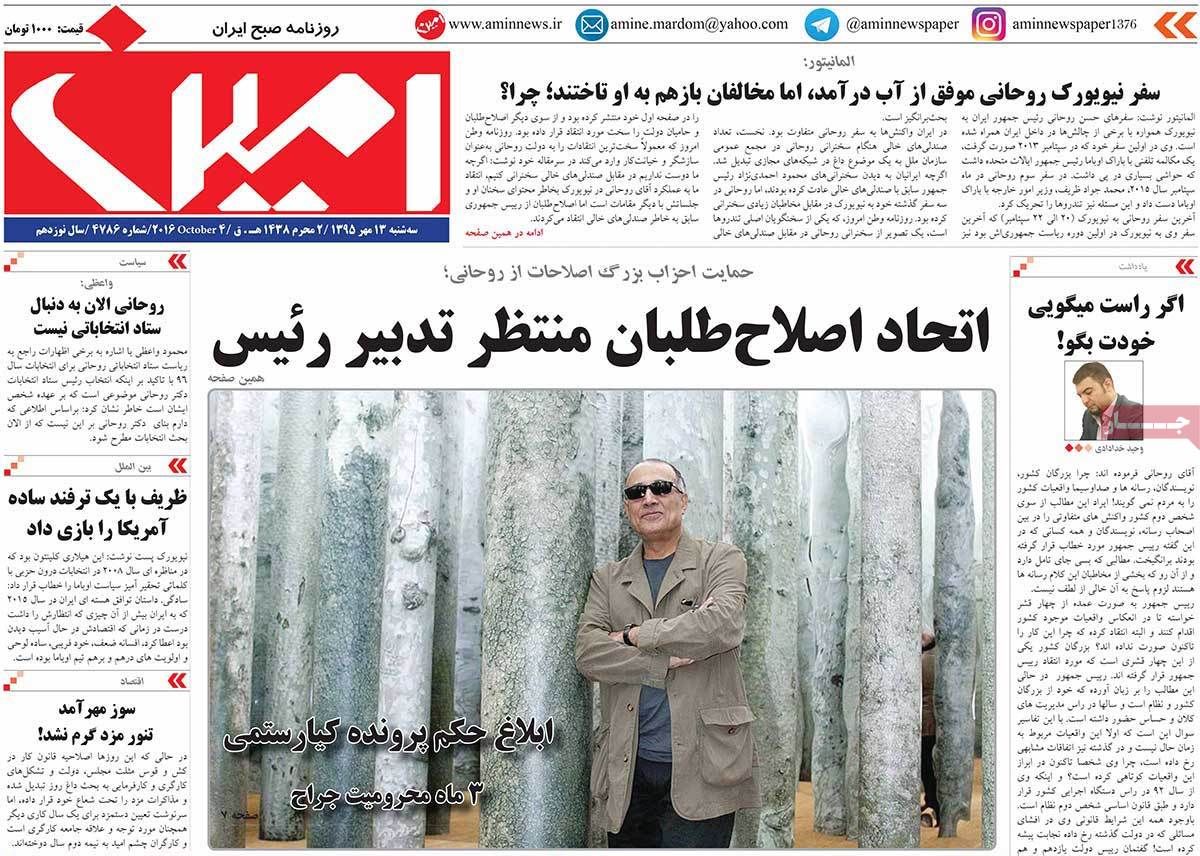 2- Analyst: Ahmadinejad Will Vote for Rouhani! 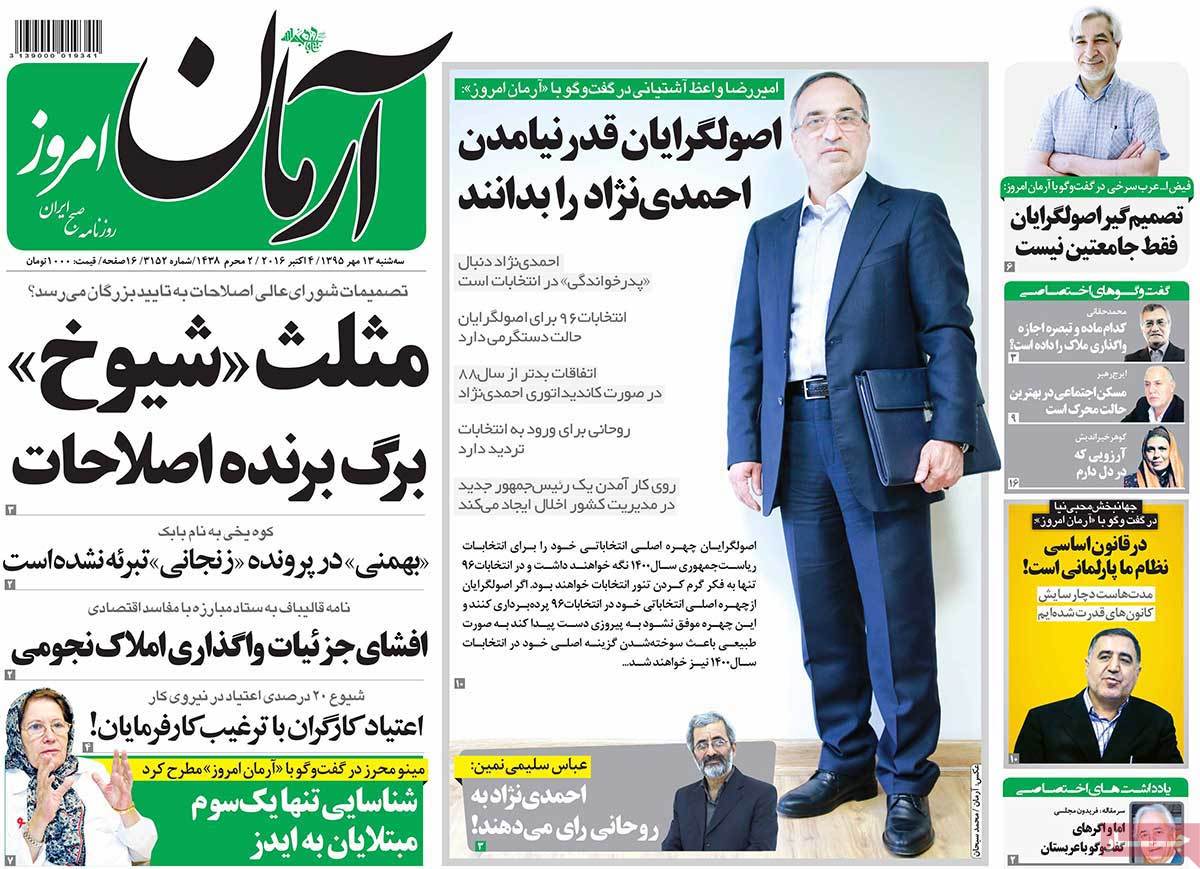 1- Larijani: Nuclear Deal Has Led to 5% Economic Growth for Iran 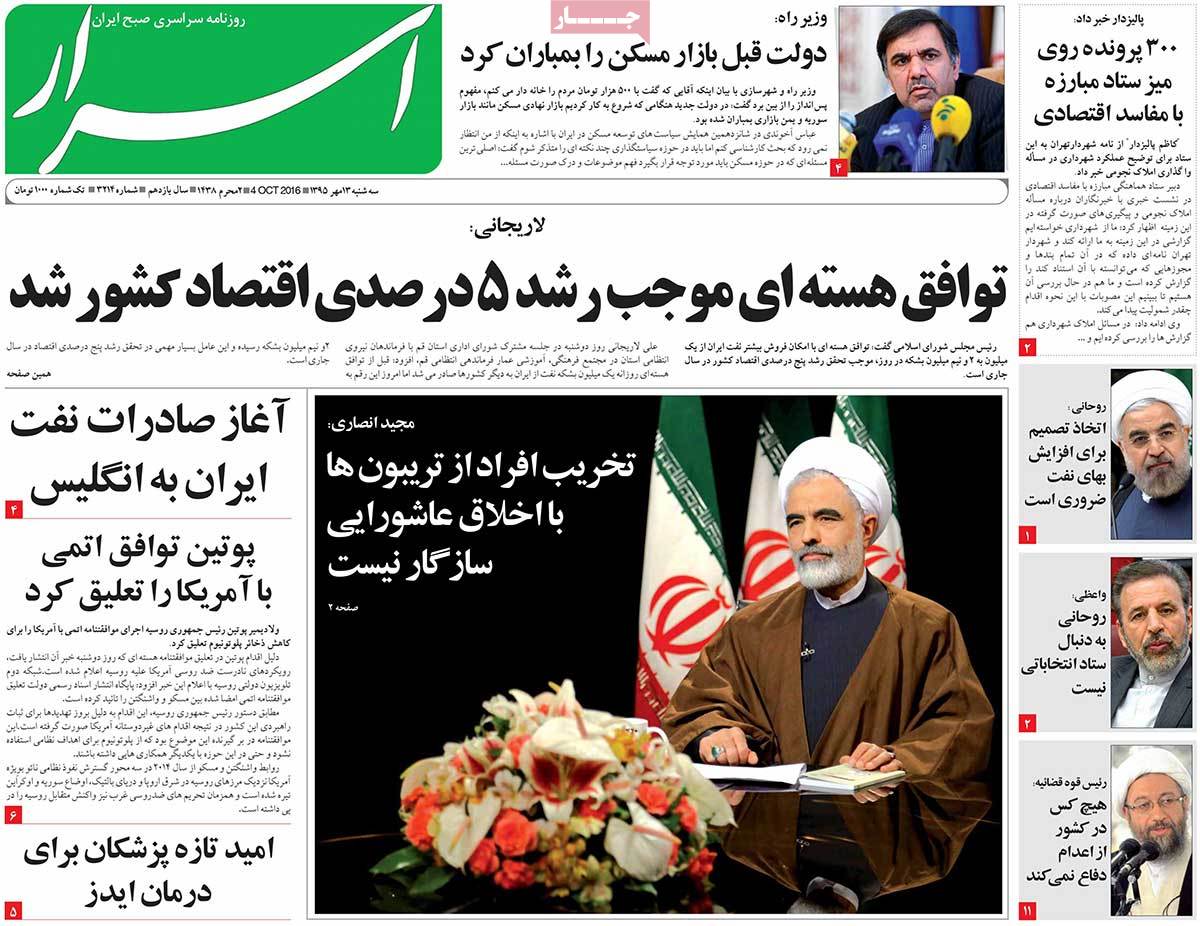 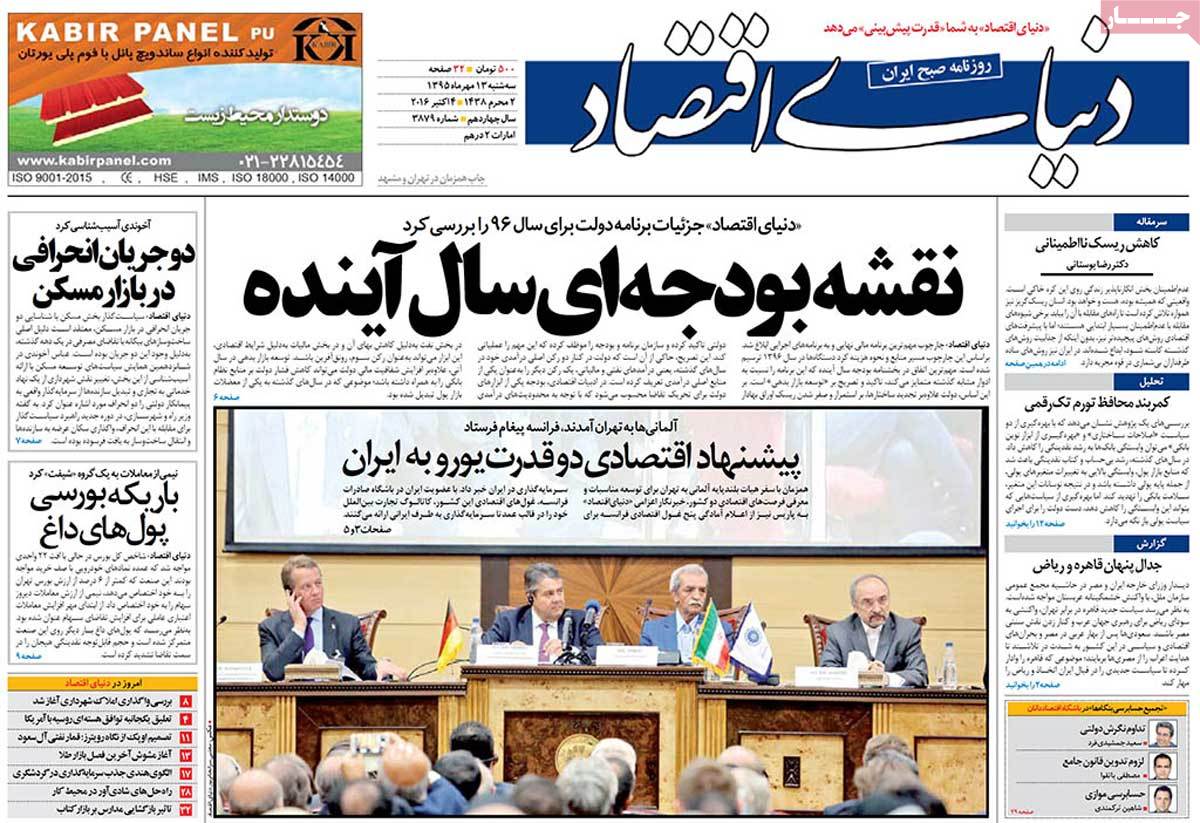 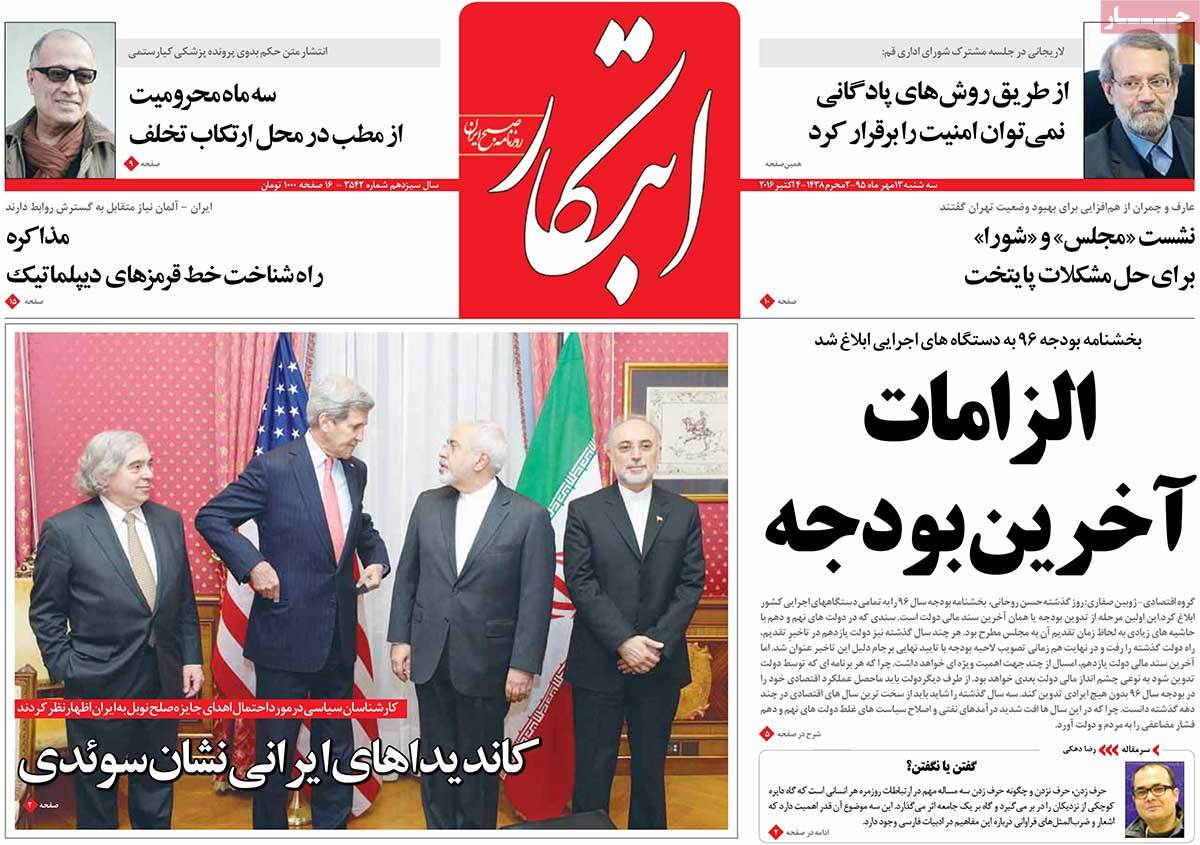 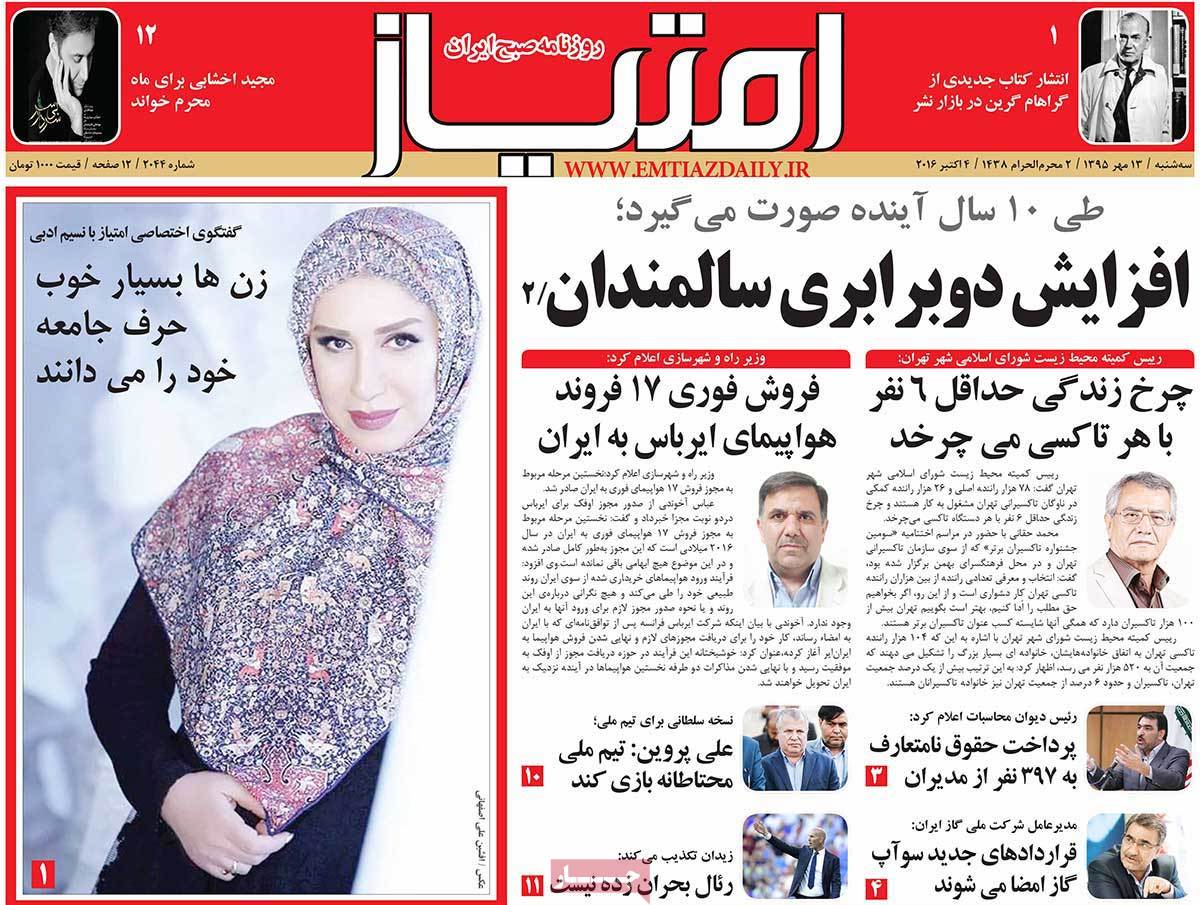 3- Etemad’s Interview with Nicaraguan Ambassador to Tehran: We Have No Political Prisoner or Imprisoned Journalist

4- For His Medical Error, Kiarostami’s Doctor Is Sentenced to 3 Months Deprivation of Visiting Patients His Own Office in the Hospital, and Nothing More! 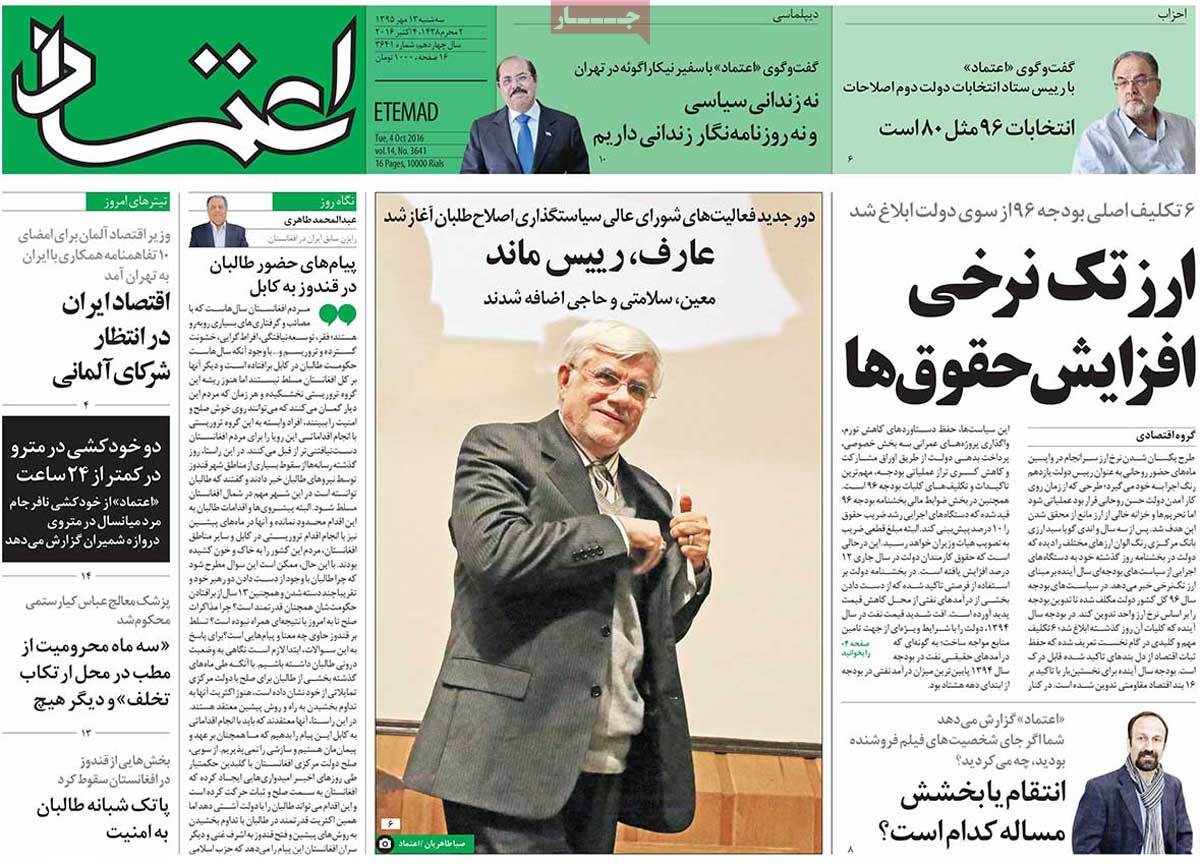 1- Rouhani: It’s Necessary to Make a Decision for Increase of Oil Price 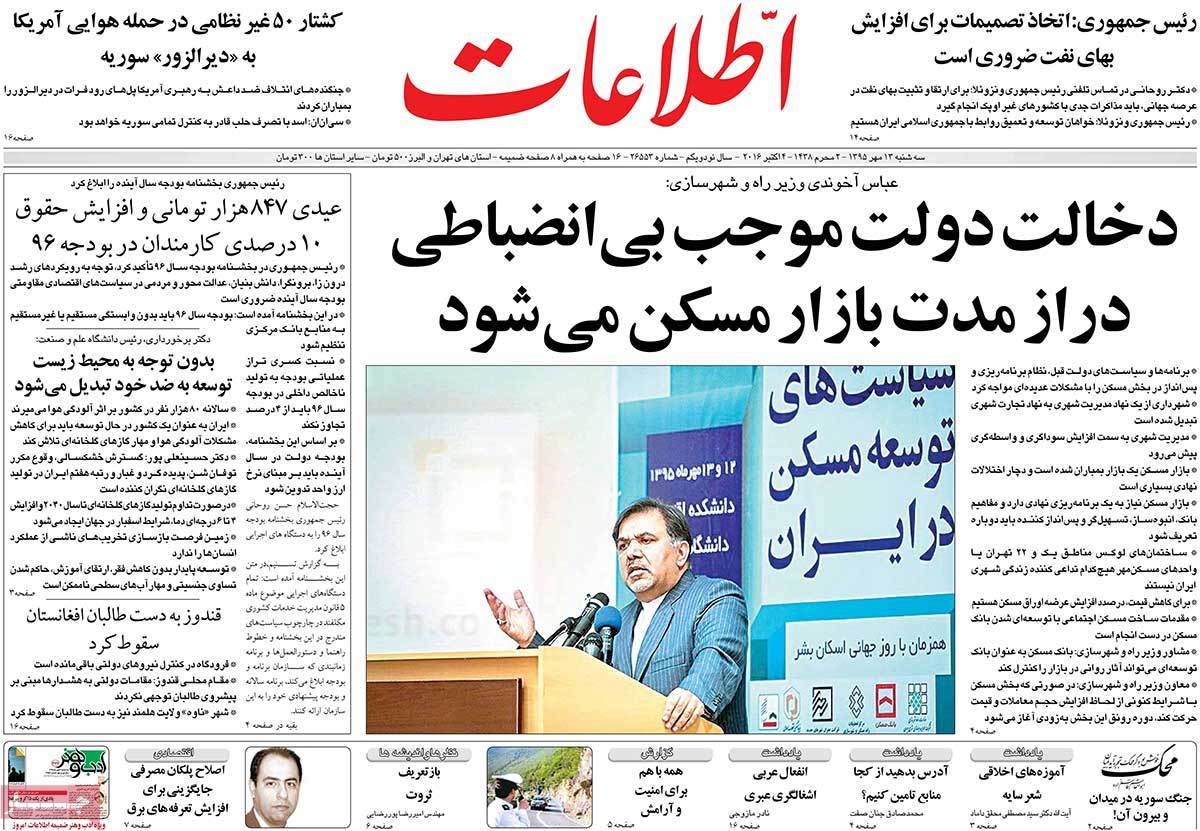 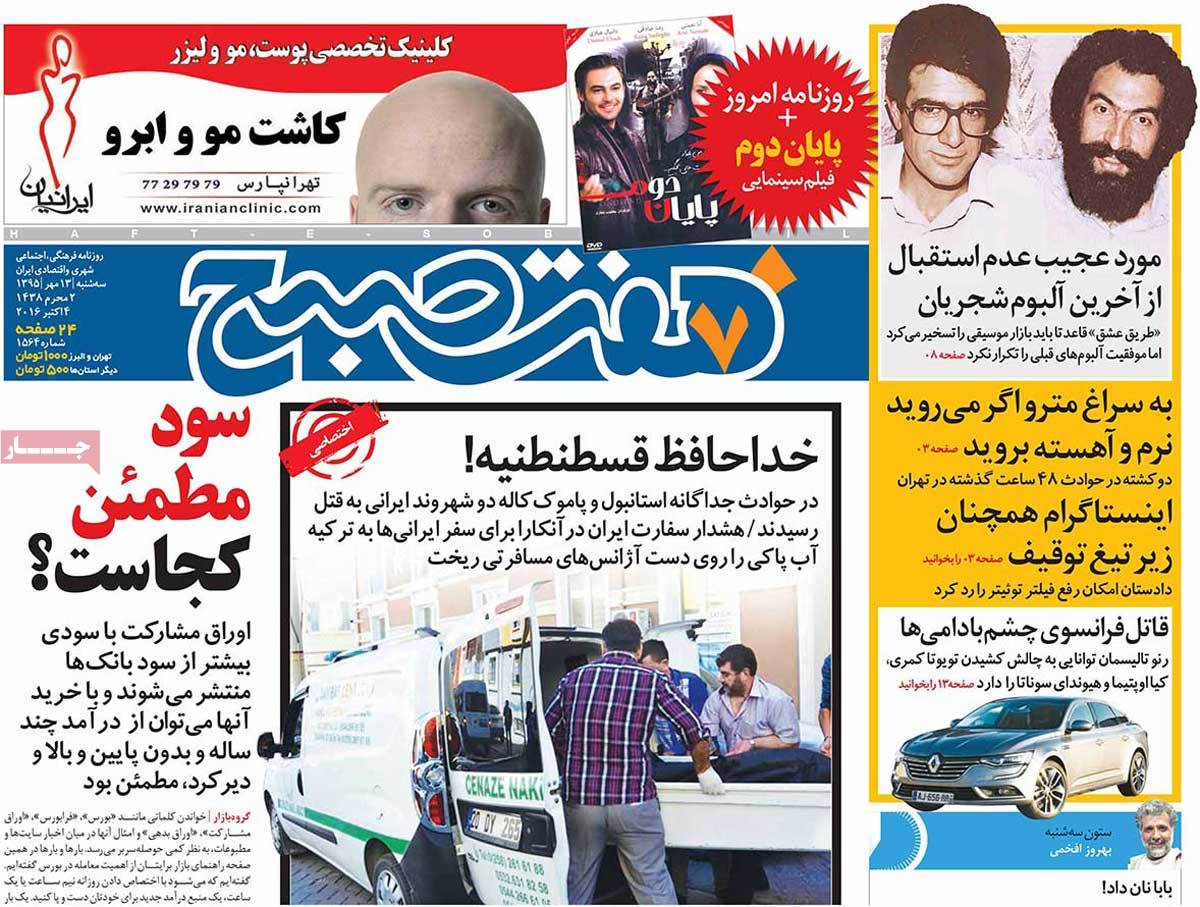 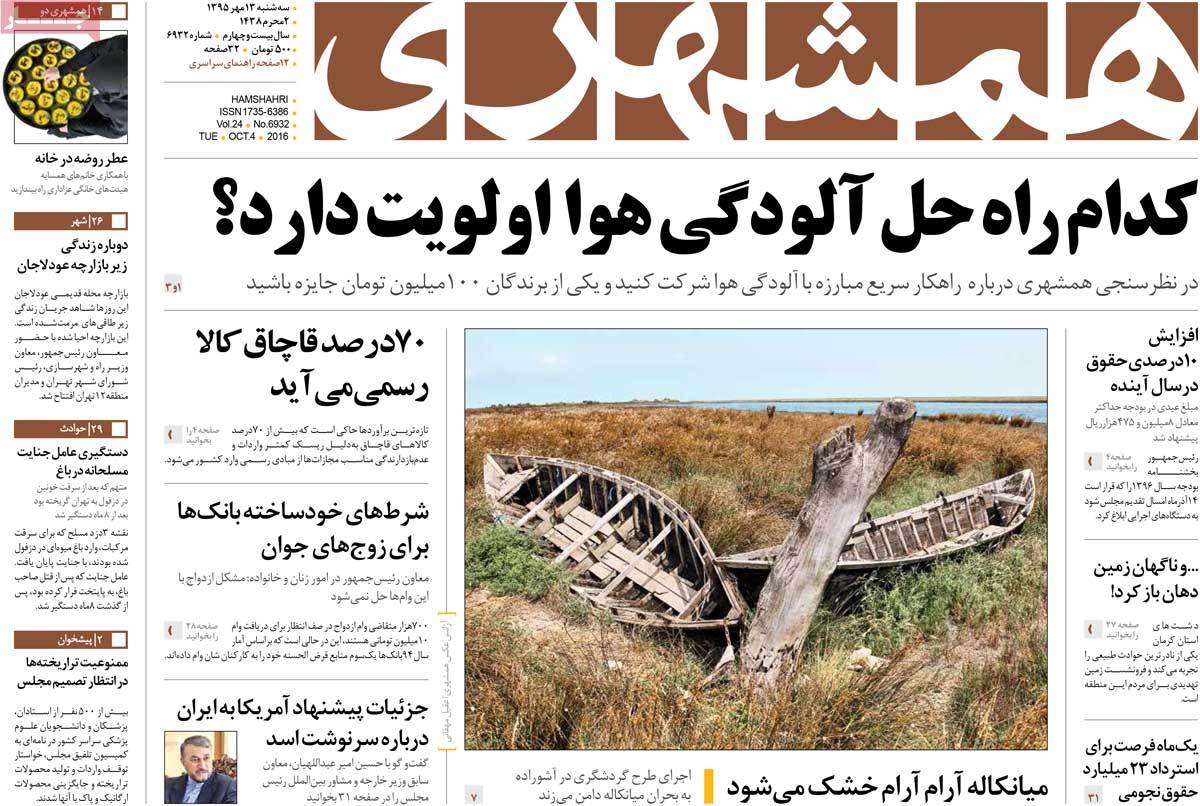 1- Deputy Prosecutor-General: Twitter Will in No Way Be Unblocked

3- German Economy Minister: Investment of German Banks in Iran Will Be Guaranteed 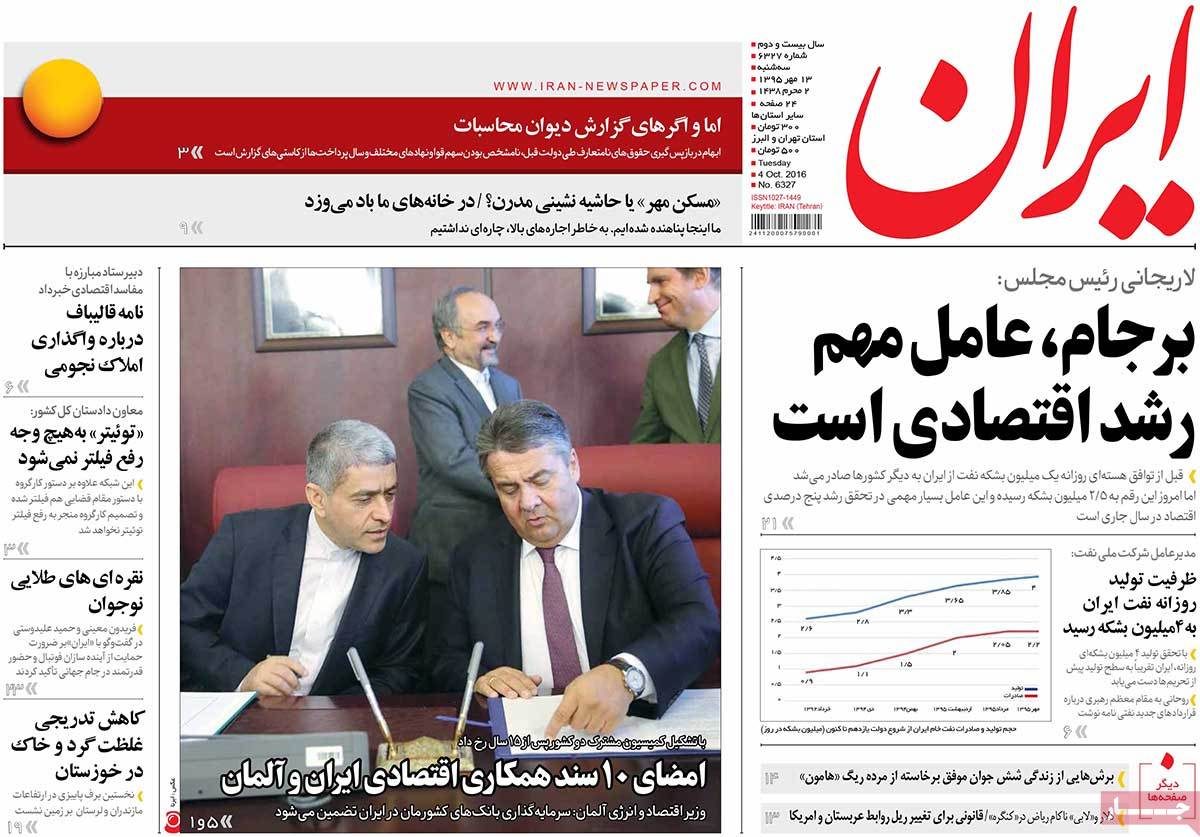 1- Putin’s Order for Cessation of Nuclear Pact with US: Europe’s Nuclear Diplomacy to Save Terrorists 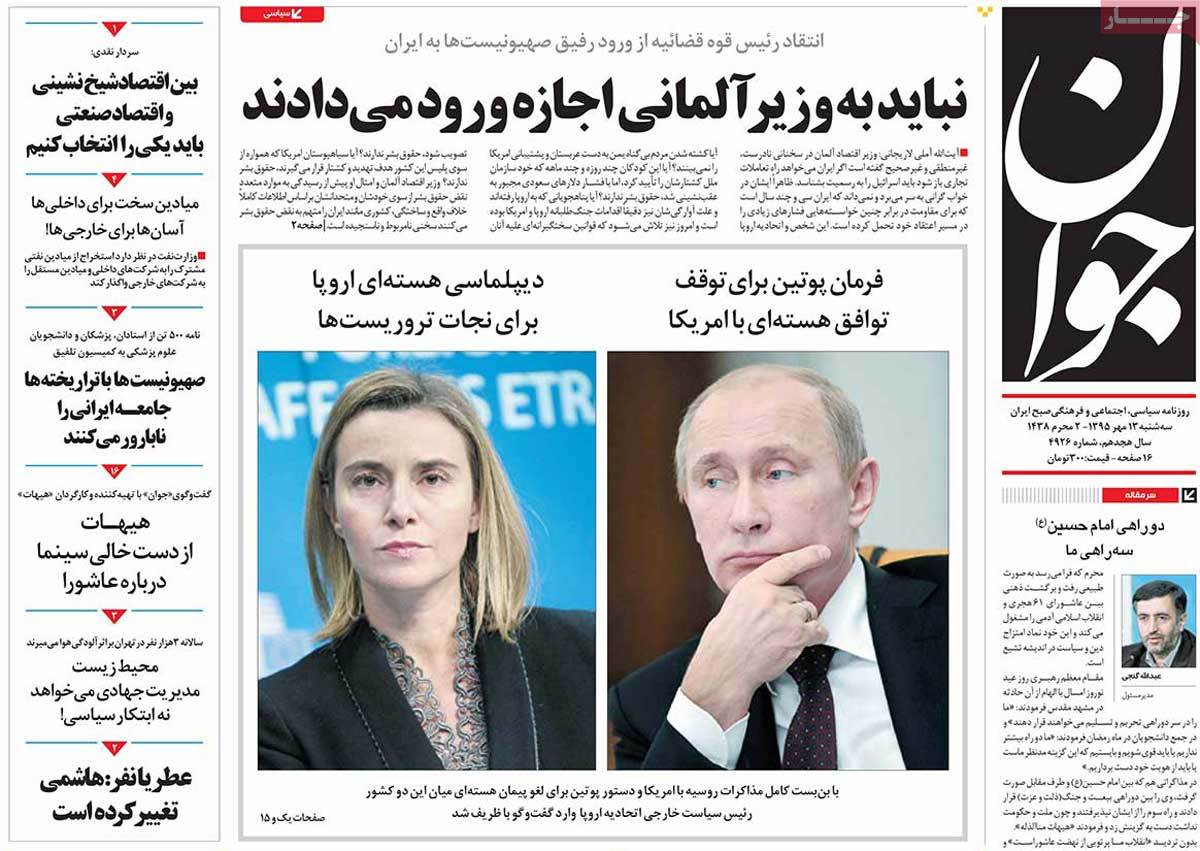 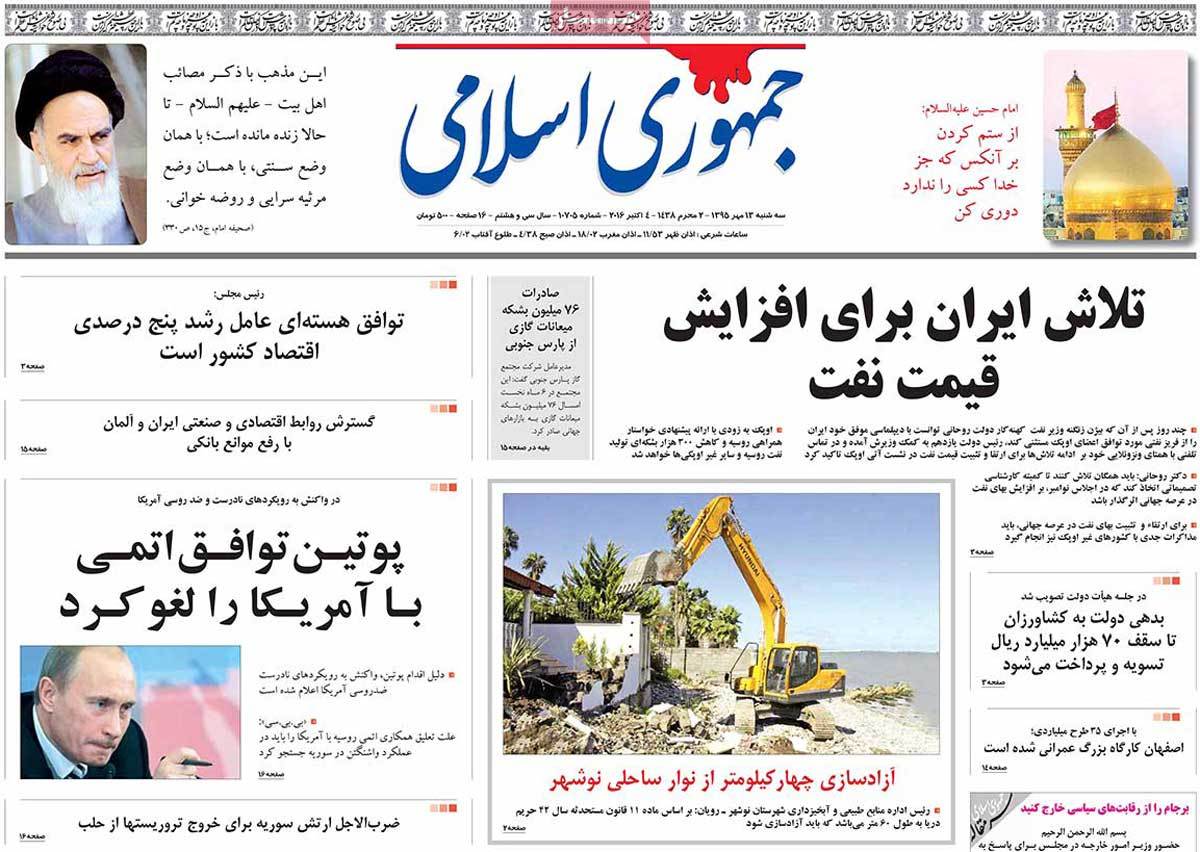 1- New York Post’s Strong Criticism of White House: Zarif Played with Us with a Simple Trick 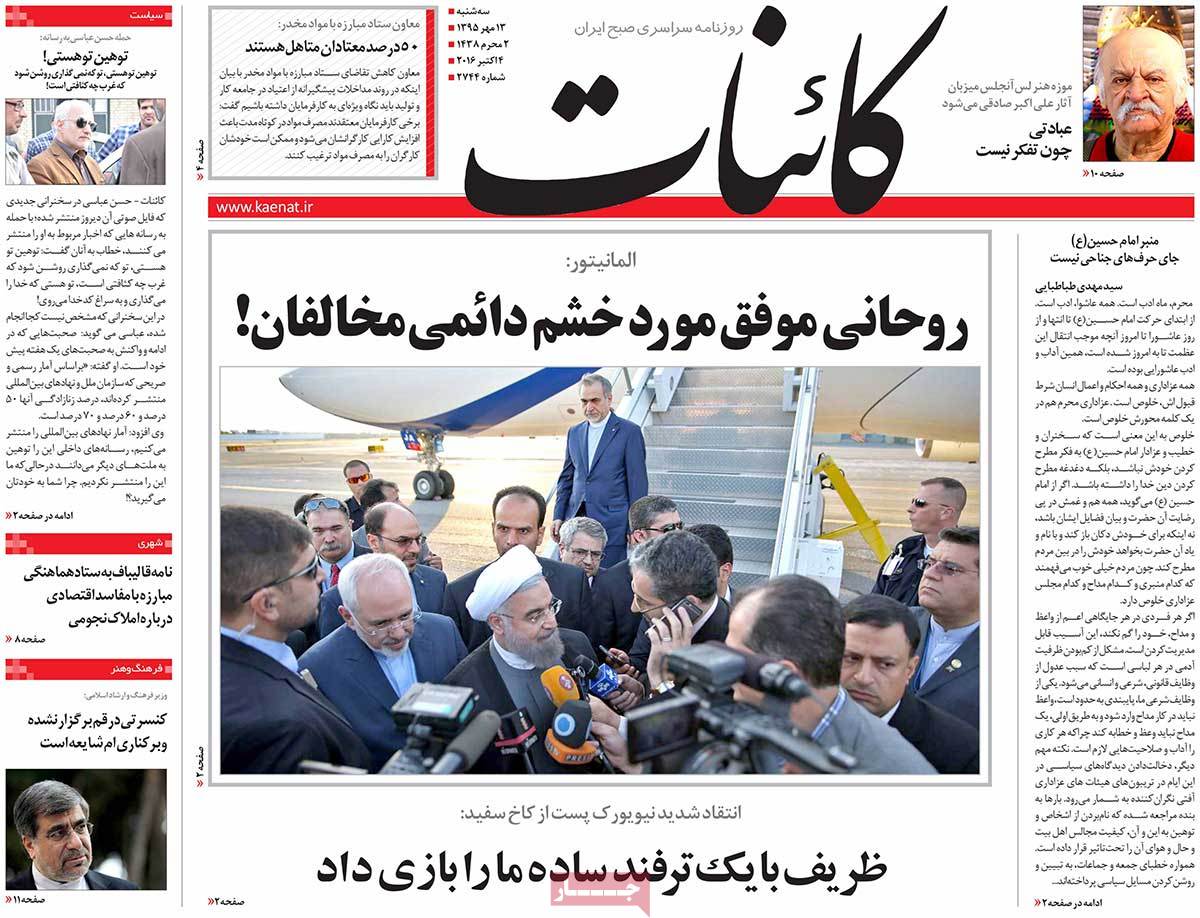 2- Hassan Nasrallah: Such Takfiri Groups as ISIS Have Their Roots in Yazid I’s Camp 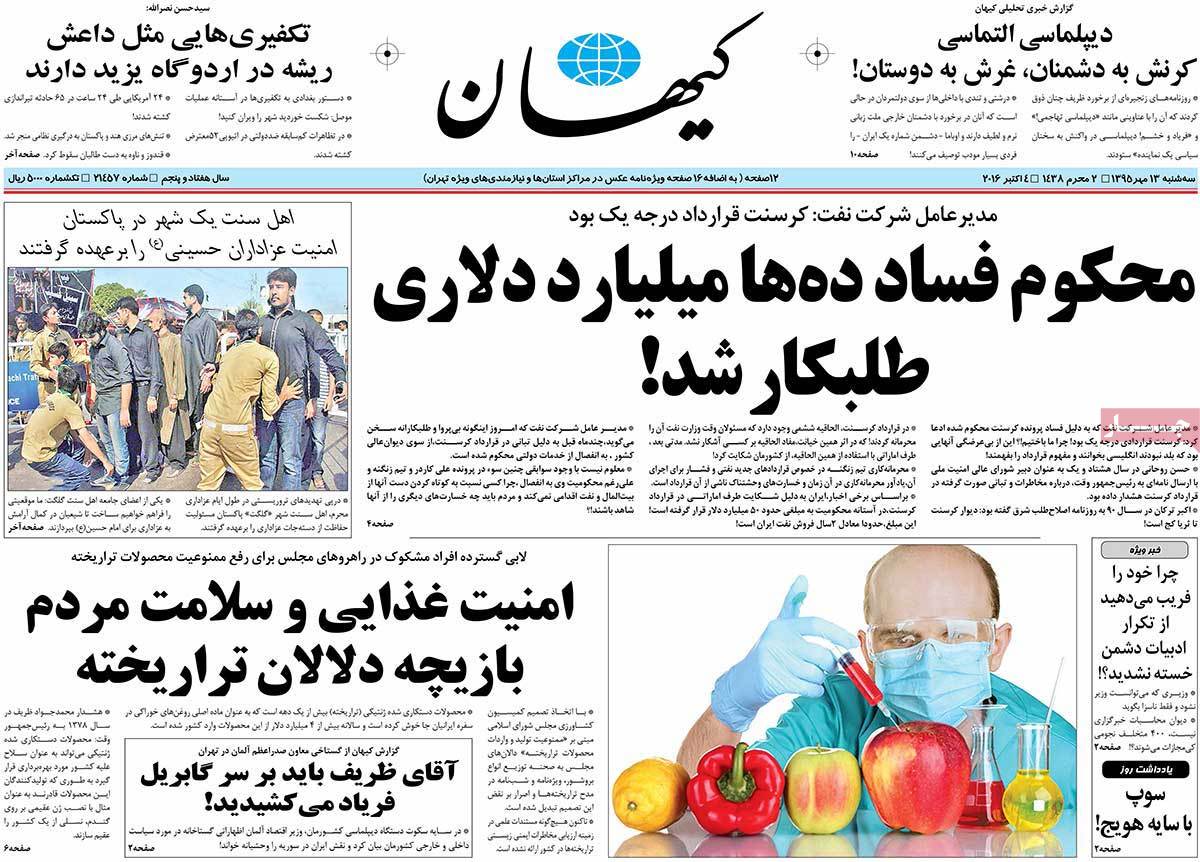 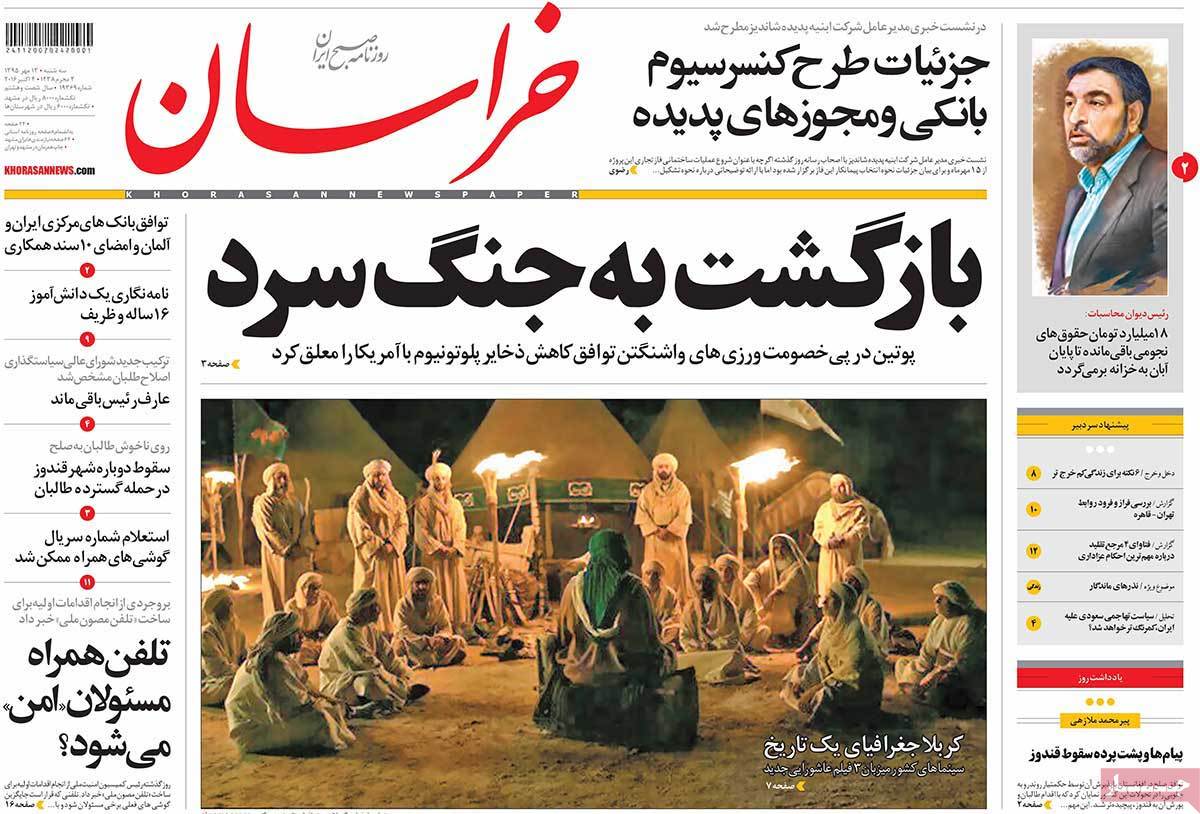 3- IRGC General: Interaction with the World Should Not Bring Humiliation to Iran 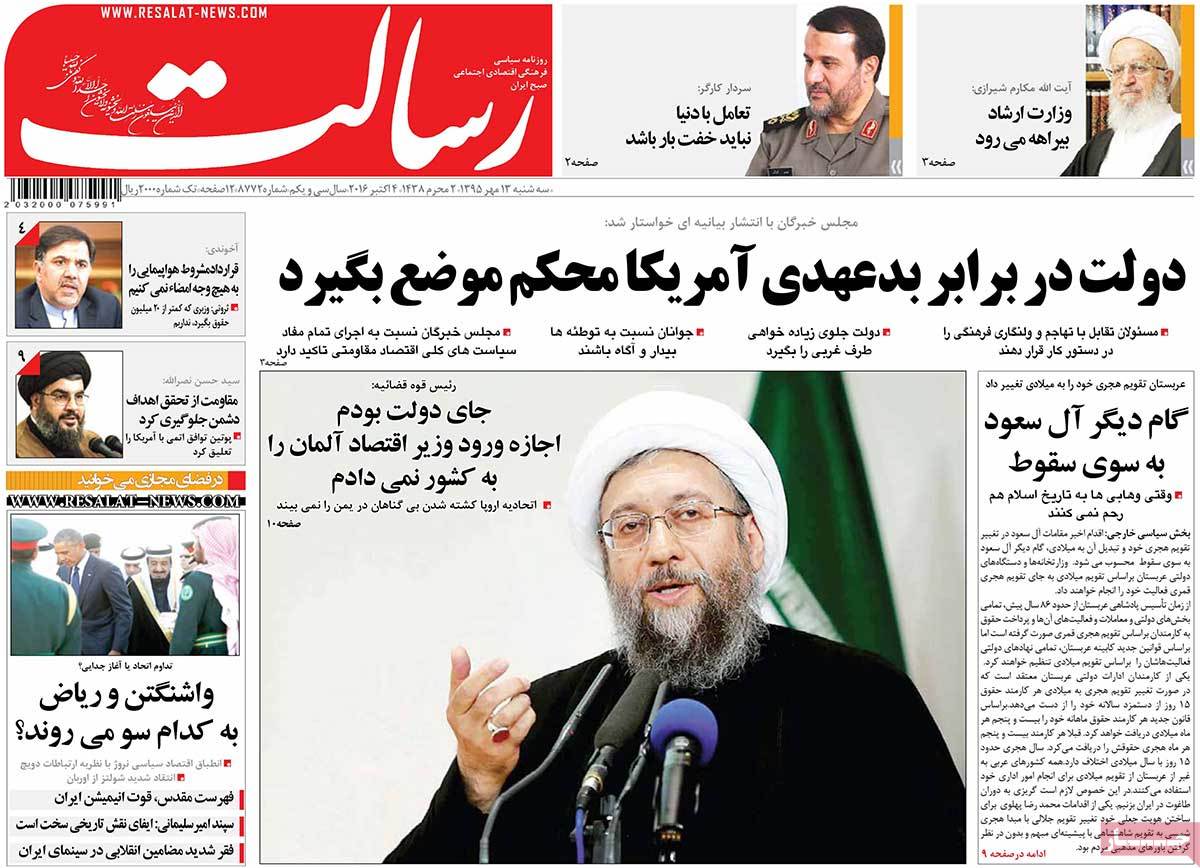 1- US Strategist: Tradition vs. Modernism in US Presidential Competitions

2- Colombians Say No to Peace in a National Referendum 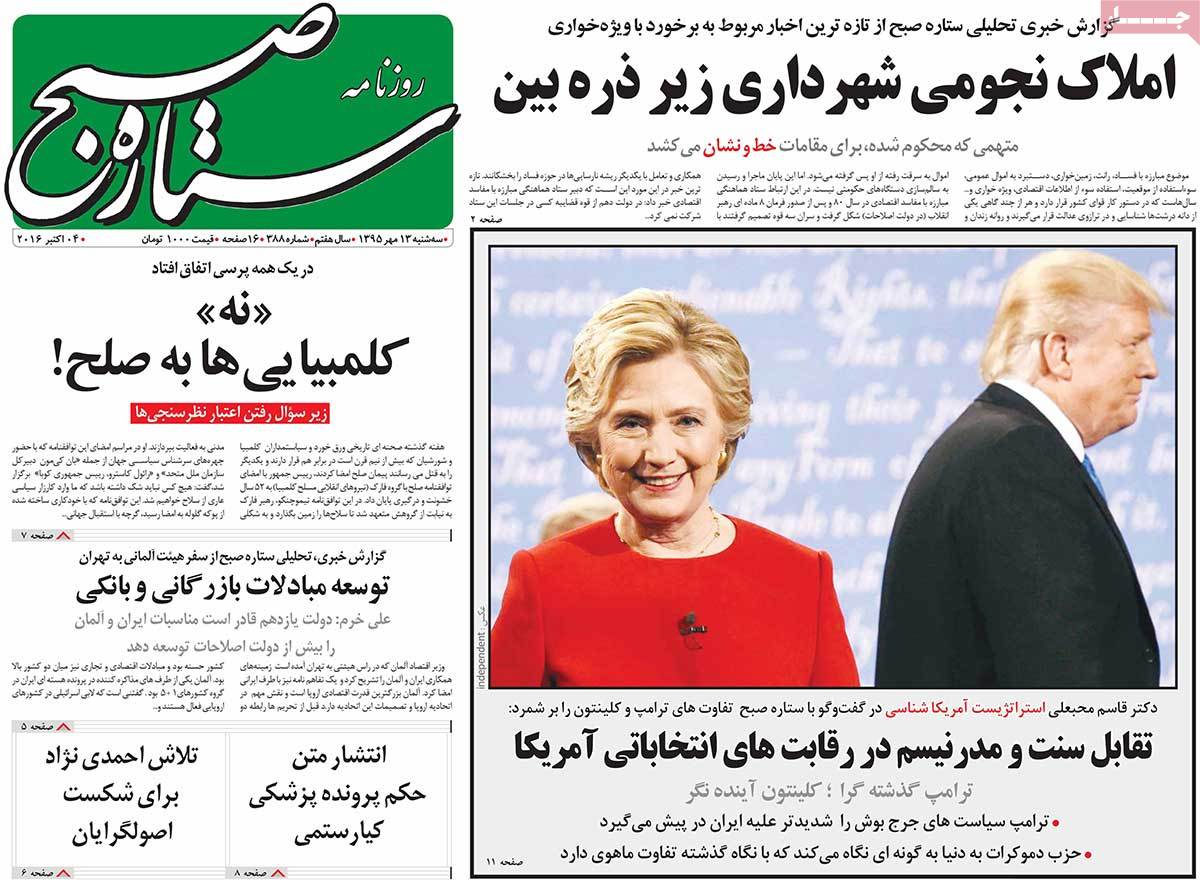