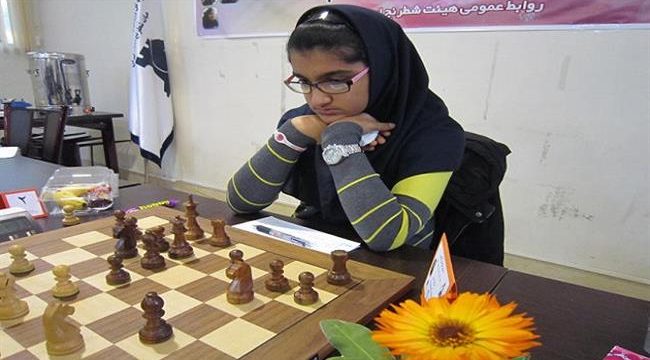 Iranian female chess player Mobina Alinasab has put on admirable performances at the Fédération Internationale des Échecs (FIDE) World Youth U14, U16, U18 Championships 2016 in Russia, and finished in the second place.

On Tuesday, the international master accumulated 8.5 points from eleven games to snatch a silver medal in the girl’s U16 division at the Ugra Chess Academy in the autonomous Khanty-Mansiysk town.

15-year-old Aakanksha Hagawane from India claimed the top position by bagging nine points, meaning she finished only half a point ahead of Alinasab.

The Iranian chess master claimed the second the spot ahead of Russia’s Polina Shivalova on tiebreak.

Manuel Petrosyan from Armenia was crowned world champion in the category with 9 points, and Russian Maksim Vavulin earned 8.5 points from 11 games to take silver.

The FIDE World Youth U14, U16, U18 Championships 2016 started in Khanty-Mansiysk, Russia, on September 20 and wrapped up on October 4.