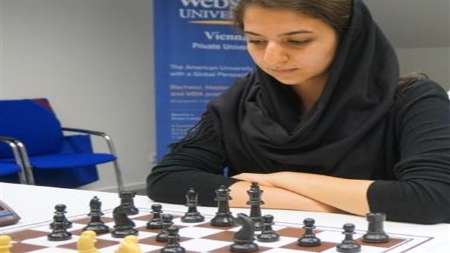 The world chess body, FIDE, has ruled out moving next year’s women’s World Championship out of Iran. While the two Indian players – Koneru Humpy and Harika Dronavalli – who have qualified for the event don’t mind adhering to the mandatory Islamic dress code, some of the world’s top players have expressed their consternation. Tehran, the country’s capital, is scheduled to host the February 2017 event.

In Iran, it’s mandatory for women to don a hijab (headscarf) and not doing so in public could result in arrest, fine or public admonishment.

Speaking to ESPN a senior FIDE official said, “A change in venue isn’t feasible. We haven’t received any official complaints from players yet. However, we’re reviewing all possible solutions for players’ comfort and will discuss the matter with organizers in Iran during meetings in the next few weeks.”

Iran was awarded the hosting rights for the women’s World Chess Championship during the FIDE General Assembly in Baku in September this year.

Tehran, incidentally, holds a special place in India’s chess legacy. It was the venue for the country’s maiden world title in the sport – won by Viswanathan Anand in 2000. Five-time world champion Anand dwelt on what he described a ‘pleasant and memorable experience’ during the 2000 World Championship, asserting that it’s largely a personal decision of players. “People may have political reservations and that’s their opinion. Personally, it’s a place that holds some of my best chess memories. The organizers were exceptionally nice to us and Aruna (wife) didn’t mind wearing the hijab at all. My focus was solely on winning the title,” he told ESPN.

Launching a withering broadside, US champion Nazi Paikidze has called for a boycott of the 64-player knockout event saying that she stood for freedom of religion and choice. “It is absolutely unacceptable to host one of the most important women’s tournaments in a venue where, to this day, women are forced to cover up with a hijab. I’m proud to have qualified for the event but if the situation remains unchanged, I will certainly not participate,” she said.

Terming it a ‘delicate’ issue, India’s top women’s player and world No 4 Koneru Humpy chose to play down the debate surrounding it, “Every player would prefer to play under normal circumstances, without wearing a hijab. Since the venue has already been decided, I think my priority to play in the Championship ranks above everything else,” she said.

FIDE has backed its argument with precedent – Of Iran successfully hosting the 2007 & 2011 Asian Women’s Championship as well as the Women’s Grand Prix in February this year.

Each religion has its own customs,” adds Humpy, “I believe we need to respect and follow their traditions. I wore the hijab while participating in the Grand Prix earlier this year. Though I felt some discomfort in the first few days, I slowly got used to it.”

It remains to be seen how the FIDE negotiates its way through this sticky issue without jeopardizing the interest of players or the sentiment of organizers.